Hi AIl
after today’s 1.16.2.0 update, I did not have any content manager updates what can I do?
my game is from ms store

Pray that ASOBO employ somebody who knows what they are doing!!

90% of the time its not asobos fault. people these days dont read or can read. they are like little children give me some screenshots and I will see if I can help you,

did you go to windows store and update (not xbox store) did that work? did you launch Fs2020, did you get a further in sim update ? we need more information than that. we are not mind readers

Today’s update did not alter any existing aircraft or scenery. All changes were underlying, meaning in the core sim code. So unless you haven’t been in the sim since 1.15.x, you wouldn’t see any Content Manager updates.

I had 40 updates in the content manager. One was for the Top Rudder 103 Solo, and the rest were Aviator Club liveries.

I had the same.

yes - for me the Top Rudder 103 had to be updated in the ‘content manager’ - each color had its own 41-45MB update, regarding idle RPM prop clutch. So I suppose only the folks who bought that ultralight would have a content manager update… 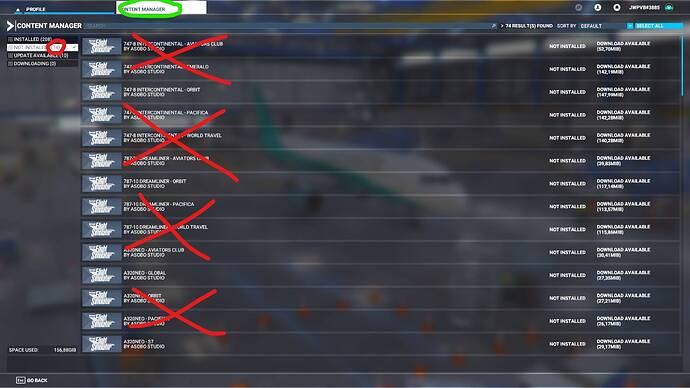 Today’s update did not alter any existing aircraft or scenery. All changes were underlying, meaning in the core sim code. So unless you haven’t been in the sim since 1.15.x, you wouldn’t see any Content Manager updates.

That’s strange because all my aircraft have higher version numbers now than since WU4.

Nonsense, I’m a simmer of nearly 30 years, its appalling, issues to numerous to mention and that’s with NOTHING in the community folder. The latest update/patch now sees me crash to desktop whilst trying to update/install ASOBO’s own aircraft in the content manager. I can also assure you that I can read and do read, in fact I spend most of my time here “READING” and not flying which was what I paid £109 to do!!

The update system for me is clunky (1 minute wait to check for updates every time you launch, really?), non-intuitive, buggy and could and should have been designed to be more user friendly. No surprise that people are having issues when there having to download things from 3 different locations to update 1 bit of software. 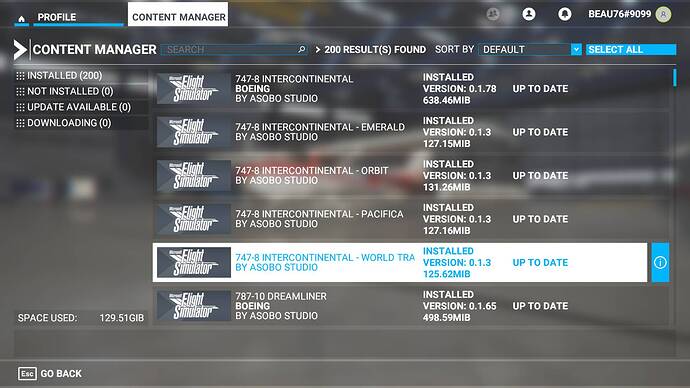 and it shows no updates

But in my sim, my Content Manager showed available updates for every aircraft that was included in the deluxe package (or whatever they called the highest priced MSFS available).

With the Steam version, I had to update all (most?) of the aircraft from COntent Manager.

that’s because you have the Aviators Club liveries installed.