does anyone have much lower FPS and stuttering after the last update? Or is it just my problem?

nope iam 40fps on ultra 3840/1080 res all day long maybe your internet or your system is poor,or play at lower set until u upgrade if its that u need at least 32gb ram or more and an 2080 super and up and a 8core or more cpu and a nvme ssd to play on ultra install ur sim in themain c drive

. Haven’t been able to play since the update. 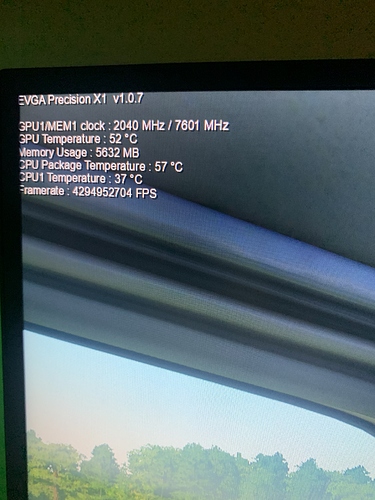 Ok your syst looks ok thats strange are u on ultra what render scaling what resolution is your monitor gsync ?

I lock my frame rate to 30 anyway but if I unlock it I’m geting about 45-50 fps in most situations. Now running on Ultra for a few settings and high for the rest and stuttering much improved for me on this patch.
Patch 2 was a nightmare for me though.

If your monitor is gsync compatible u don’t need to lock no frame rates just turn on gsync turn vsync off and u should be good restart pc also do a repair on the sim right click on sim icon on start click more app settings repair keep render at 100% no more for example if i set it at 200 render i get 12 fps look at your display settings see what is on default render and that’s what u should have set in sim,also installed your nvidia drivers using the custom option then clean installed option

You might want to look at this in case this helps you:

that 12 sounds familiar to me. Have you installed 3rd party airports? I had a payware airport installed causing me to run the game at 10 and 12 FPSs, exact numbers. Maybe you can check that mate

No I haven’t installed anything other than the original game and the updates.

I didn’t have the newest drivers from nvidia. Installed them today but didn’t have time to try flight sim. I’m doubting that is the issue. The game was fine with the previous drivers.

I’m noticing worst performance after the 9/29 update to 1.9.3. More stutters and less frames when rolling, weather now heavily effects my frames where it didn’t before. The previous patch was pretty good for improving performance and I didn’t notice much decrease in visual quality like many others claim to have. I flew a GA aircraft out of my local airport today and it just felt like less FPS and more stutter, not nearly as smooth as it was 2 or 3 days ago. Night lighting now hurts performan…

In order to maintain mental health, I uninstalled FS. For now, I’ll stay with the competitive simulator and come back in a while.

Thanks to everyone for the reply.

Hello,
I bought an M.2 SSD disk and reinstalled the FS2020. The difference is noticeable, especially in the speed of loading the simulator. Stuttering remains the main problem of performance. This is most common when moving the camera, especially when using a joystick. The situation gets much worse if I turn off V-Sync (I had V-Sync turned off before the update and it was smooth). We’ll see what the next update brings. I firmly believe in the efforts of the development team.

I did until I installed latest Nvidia drivers and started running the sim as Administrator. Seemed to fix 1.9.3 performance issue for some reason

You might want to also review your settings and the VRam load factor in using the developer mode FPS viewer.

As a matter of fact, if you’re already using most your VRAM in forward view, this means there is no room left for other objects and textures which are to the side or behind. When you move your head, the simulator has to swap out textures and objects which are in front of you to make room for new objects and textures. During this time (swapping out) the video card is actually discarding buffers and textures, and only once done, the simulator can stream up data to the VRAM. This is most likely when this is occurring you’re having a stutter.

This is one of the reason I’ve tried adjusting the settings for this, leaving some room for the simulator to swap in/out data with some leeway, and I have better FPS and no stutters in 4K and a 2070S and 150% Terrain LOD.