Don’t have to study every single word or number. The essentials are covered on a few pages eg page 7, 20 …

No reason to use select mode unless operationally required. The default A320 does managed Mode well enough.

See here for an easy read for beginners even if you can’t use the A32NX.

Efective reading (understand as search function) get me the idea

This was when there was that New Orleans hurricane about a month ago.

First time in the game I ever experienced airframe icing.

Was quite impressive, as I had the blue “World Travel” livery the ice on the nose and roof was quite visible.

What you say if very true especially if you don’t have wing anti-ice. Was originally climbing at 280kts but the ice gave us only around 300ft/min and we would’ve been stuck mimsing about at FL290. Only broke cloud at FL320.

Good grief, I haven’t heard that word used since the 1970s, and that was in relation to car drivers! Is it aviation slang then?

Well aircraft don’t tend to mimse, unless covered by exceptional icing from a hurricane.

They also don’t tend to find themselves in such a circumstance to begin with, but in Flight Simulator anything is possible.

Also agree with the stall speed increasing with ice buildup, but surely more time in the icing layer will make the situation more critical? Unless you were trying to escape the ice horizontally rather than vertically.

Was quite impressive, as I had the blue “World Travel” livery the ice on the nose and roof was quite visible.

Which is not realistic at all, nose yes, other parts of the aircraft like the fuselage, sides of the vertical stabilizer, top of the wing etc., no. Ice only builds up on the frontal surfaces in flight and then maybe some flowback but nothing like the visual icing effect in MSFS.

What you say if very true especially if you don’t have wing anti-ice.

Also agree with the stall speed increasing with ice buildup, but surely more time in the icing layer will make the situation more critical? Unless you were trying to escape the ice horizontally rather than vertically.

A rookie mistake which unfortunately happens in real life as well, is trading speed for altitude in such conditions. When unable to climb in icing, level-off, or descent to a lower level, do not continue climb. Flying lower might raise the static air temperature, the aircraft is performing better so can attain higher speeds in level flight which increases the total air temperature. And keeping the speed up makes sure ice builts-up at places it can be removed.

With wing anti-ice on its still possible to have ice accretion on the wing leading edge.

Expecially on aircraft like the A320 where only 3 of the 5 slat elements can be heated.

When unable to climb in icing…

I think the importance of de/anti-icing is exaggerated.

, those pilots must have ■■■■■ the size of watermelons. To quote from the hazardous attitudes section in the airmanship description “taking chances is foolish”

When I was flying private jets I saw pilots of the jet next to us removing dry snow from top of the wings and fuselage with a brush, alright, that actually is an approved technique. But obviously they couldn’t reach on top of the horizontal stabilizer (T-tail) so they just left it

EDDS ILS 25 alignment is broken in the sim nav database.

Funny considering its a “handcrafted airport”. 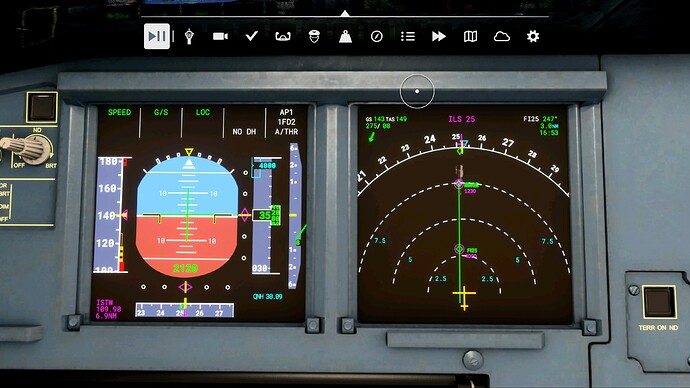 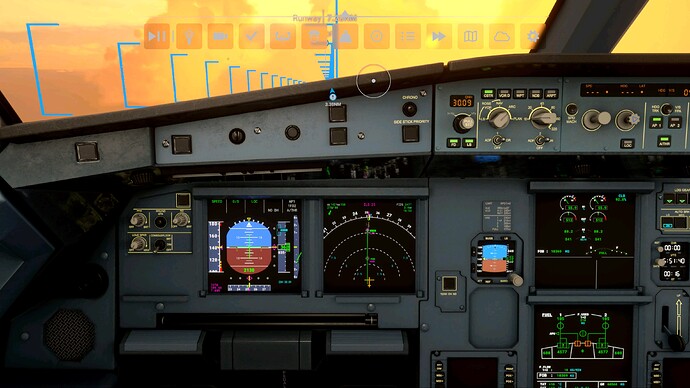 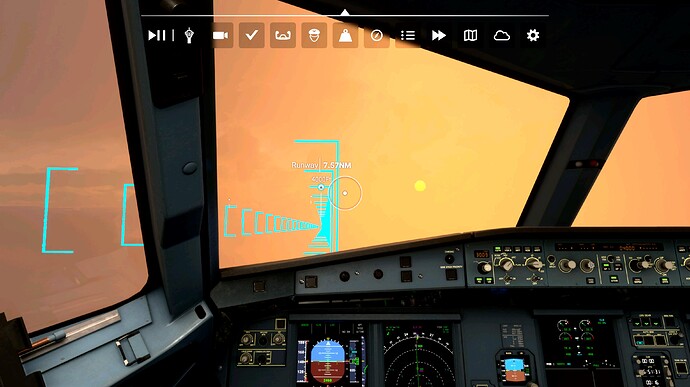 Yes. Just what I said. I tried it two days ago.

If you search the forum you find this.

Hi there. The new Stuttgart airport looks amazing. Really. But The Localizer for the ILS is completely offset. So there is no ISL approach possible.

See the green magenta line on ND? That’s where i supposed to be… AP keeps me to the right off and insist on this as correct course. ILS captured but it is off too. If i follow this settings i will end about 100 m to the right off the runway. Also did the opposite runway 07 and it went wrong the same way.
I though that considering it is handcrafted airport I would rather not exoerience such basic issue (if this is one)…

My bad, next time i will do more search… Why to have the beautifull handcrafted airport when land on does not work?