What’s with this? Dallas looks like literal FSX and like XP11 with Ortho on. Yet its one of the biggest cities and has one of the biggest airports in the country. There’s terrain spikes of FSX poking through the ground everywhere. Yet smaller cities have photogrammetry. Don’t get it, really disappointed. 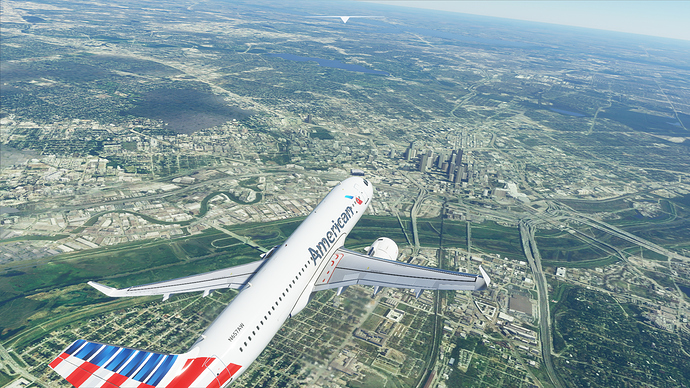 I’m sure this has already been posted, and probably for multiple cities besides the one I’m going to mention but are there plans to bring in more cities with photogrammetry? I know looking at cities like Dallas in the U.S it looks really off with some buildings like the basketball stadium looking like it’s photorealistic (with aac on the side) but all the rest of downtown Dallas is auto gen. Is this something that is planning on being filled by 3rd parties?

Fort Worth is photogrammetry, rest of Dallas is not. Source here.

So Dallas is autogen. I’d bet that once you fly over the city there the building detail gets better as LOD increases. Also of course a question of your graphic settings.

Obviously not a bug but still an issue.

It was disappointing not to see omitted places like Dallas PGed in the World Update II USA.

Blackshark.ai is generally very successful at embroidering the whole world with possibly the best autogen patterns but I think this mainly just applies in urban outer skirts or rural areas.

Metropolitans are always better with PG.

USA have the highest amount of photogrametry as of now, i would rather see some more in Europe.

Dallas together with its widespread metropolitan area is a neglected spot when it comes to BingMaps PG in the USA and my frustration is that it was not included in the World Update II USA.

As for the PG in Europe or elsewhere around the world, I totally agree with you as Bing Maps PG is already very limited, in particular, beside the great GoogleEarth coverage.

Moreover, it seems like the improvement on that, if any, will be just at snail’s pace.

Dallas, TX is one of the largest cities in the USA (and KDFW is one of the busiest airports) but there is no photogrammetry in the sim for Dallas (only Fort Worth).

not only that but the ground textures are bad in the area.

And the KDFW airport redo is not correct. the bridges that go over the main North/South road are flat. In real life the planes go up a hill and down other side to cross over that main road. In the new airport they are flat and the road dies at the bridges.

Maybe SU8 they will add #9 Dallas?

Dallas overlooked despite being #9th most populated city in USA

First USA World update, they still didn’t include it

USA update #2, now a third chance to put Dallas with photogrammetry in the sim, and they still poop the bed.

What did Dallas do to Asobo? It must be personal at this point.

It does seem oddly personal doesn’t it? At least some of the places Ive lived are included as PG. 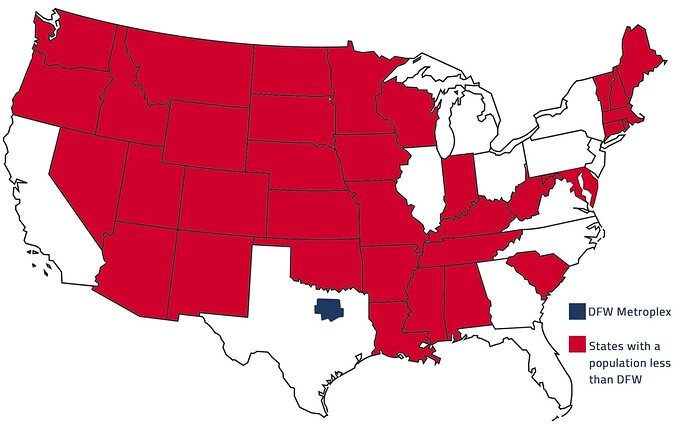