I haven’t seen any ILS issues in a long time. I fly the CRJ often and it behaves very predictably. It does not have the automation of the FBW A320 and takes a lot of concentration to fly smoothly but this is as it should be. This is not a plane for a casual flyer.

I recommend doing touch-and-goes and practice your approaches and landings to get better at it. I haven’t crashed it yet.

Yeah same here, the only real issues I had with the CRJ have long since been fixed. ILS approaches always work for me.

ok, I will keep practicing. I take it on your word that the issue has been fixed.

This is how my CRJ starts in cold and dark with Honeycomb Bravo set whether I am using SPAD.next or not. And in SPAD I am using a Honeycomb specific profile. have yet to find a way to remedy this problem. Haven’t been able to get this beauty off the ground. 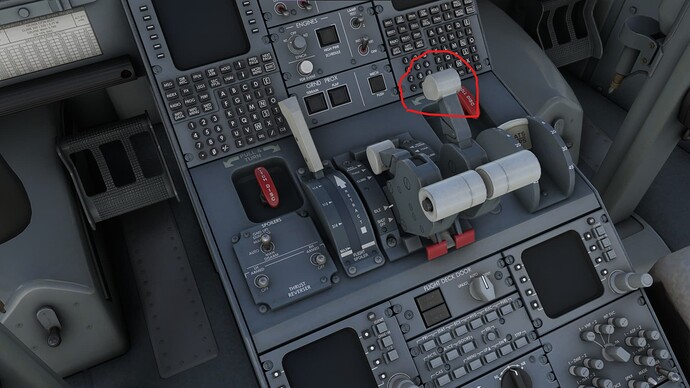 The same thing happens to me, but only when I forget to change the profile for the CRJ. If I am already in the cockpit, simply change the profile and return the lever to the correct position with the mouse - then everything works as it should.

What profile do you change it to?

I have my own profile at “BRAVO” for propeller machines, one for 2 engine jets and one for 4 engine jets.

Late reply but I concur with the advice given above. I very hard time landing once I disengaged autopilot. I ended up spending an hour or so just hand flying touch and goes. It helped quite a bit. It also reinforced the need to have very precise airspeed management. It’s easy to get distracted for a couple of seconds on the approach and then find yourself +/- 20 knots from your target speed. Especially with full flaps and gear down. I also find that using the HUD helps a great deal since you can get an accurate view of your touchdown point. With regard to automation, while the CRJ may not have the automation of the A320, IMO, aside from the lack of autothrottle, it’s way above the 737 for automating cockpit tasks and autotuning nav frequencies, etc.

The Honeycomb Bravo controls seem to be a major pain in the butt with the CRJ. Especially if you don’t have rudder pedals. If your lucky enough to get the throttles to respond properly, the plane wants to pull right while taxing. Have you figured out anything that works for you yet?

I’m slamming my head on my desk as I don’t know what I’m doing wrong. I’m attempting to follow youtube videos on set up, including one series from Aerosoft. I run into the same issue everytime - after I start up the engines, disengage the APU, and taxi, I lose all power.

Gens are on auto, Electrics page says I have power. But I lose power immediately after getting to my hold short fix before take off.

I am needing to pause the game to follow along with the video and I read some comment that this could be the issue as there is a bug with pausing (ESC) and the aircraft properly retaining the power settings. The comment was from last year though. Could this be the issue? I’m literally following Aerosoft’s video to a T.

This was brought up over in the Aerosoft forum and their response was, something like, yeah, it’s a bug, but it would take some rework of the autopilot code…so don’t play with heading, while in nav mode…

I don’t know if this can be associated with your problem, but I would like to suggest you to check the there is any other joystick knob assignef for mixture tuning. If there is, put It on rich position.