Aerosoft CRJ - will charts be available?

Working Title has navigraph charts now in the MSFS 2020 CJ4. 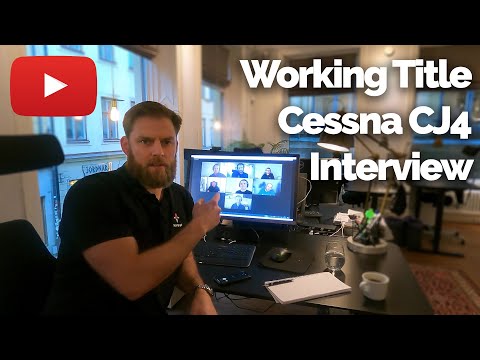 Has anyone heard if the upcoming CRJ will have this feature?

According to some forum threats it will implemented later.

I wouldn’t assume any aircraft comes with charts built-in. That’s an expensive subscription

Well, all the mods that support it have an optional integration of Navigraph or other services, just like WT will.
So it’s nothing special to have that support in payware aircraft on the included EFB. If you have no subscription, then you don’t have the charts, easy as that.

What I don’t understand, probably because I am not a programmer, is that CRJ says “as soon as the SDK allows it”, and yet working title has the charts, right now, for the CJ4.

They just opened that feature up, and it’s very much a WIP, so even WT isn’t quite there yet. One thing about Aerosoft is they won’t release something until it’s rock solid.

There was a comment on the Aerosoft forum that it can’t be done in C++ with the current SDK. WT used different (and I’m assuming less efficient) programming.

At this moment network communication is not possible from WebAssembly code (the binary code used by the simulator). The simulator is a closed environment where any communication to the outside can only be done via standardized interfaces (such as are...