I was doing many long haul flights without problems in the past weeks. Never had any FPS drop problems.

The problems started a few days ago (no update applied, no change in setup), so i assume that this is related to a “dynamic” part of the sim (maybe injected weather?).

Using this sim since day one, it’s a pain in the ■■■ to still have such issues.

I don’t think it’s related. I had this issue using Salty 747-8 and without Volanta installed.

I experience the same crackling sound when that happens to me.

The only fix to this, at least for me, it’s accessing the Copilot freature, set a destination and then cancel it.

Never used this feature, where is this ?

It’s the top menu option, with the pilot cap icon. When you access it and there’s a airport, POI or a city nearby you can set this is a destination. I just set this destination and cancel. Like magic the FPS come back to the normal.

Unfortunately sometimes I’m not in computer when the fps drops and I got CTD before could save it.

The downside of this is that you have to be nearby some destination. That’s a annoying for the one that like long hauls.

Anything new on this issue? I have quit simming months ago because of this major issue, but it’s still not fixed, is it?

so guys after a bit of experementing i found that setting a destination for the atc ai helps a little bit ( i in am SU9 Beta ) for my oppionion i get the degredation regardless of moving or not but i noticed the following: if u have lots of trafic going inside your home network like QOS appications ( Audio protocolls over network, NDI Video streams, or even a youtube or twitch livestream) The sim will Stutter much more frequently and the fps degradation happens even faster. when it so happens that have just like me multiple Network interface Wifi Lan Virtualbox lans VPNs Bluetooth. the degradation happens even faster. And data flowing in and out of the sim ( Like our beloved FBW 320x) increase at least the speed of degredation even more

Has anyone having this issue tested this NDU thing that was shared on this topic: Increase performances immediatly! AMAZING! Tested and aprouved! ?

I’m going to try on my next long haul, unfortunately that will be perhaps only tomorrow or the next day. Once I’m able to test it, I’ll share if made any difference at all. 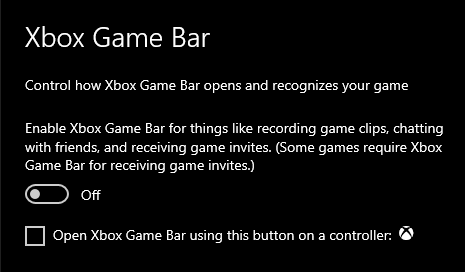 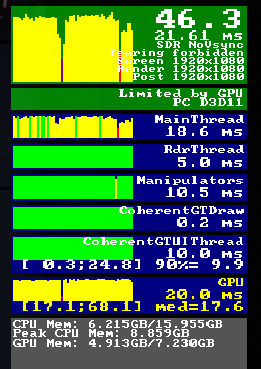