I will try this for my return flight and let you know.

Today I have tried The Fast wasm compilation and nanovg for XML gauges - no success, still massive performance degradation on flight from EGLL to LKPR. Please, try this route too. I have degradation there always.

Honestly, I can’t believe my eyes. I have no idea how this issue can be not fixed for almost half a year. PMDG is coming in next weeks, but I won’t buy it just because MSFS is not running as it should…

Screenshot after landing of 2,5hours flight: 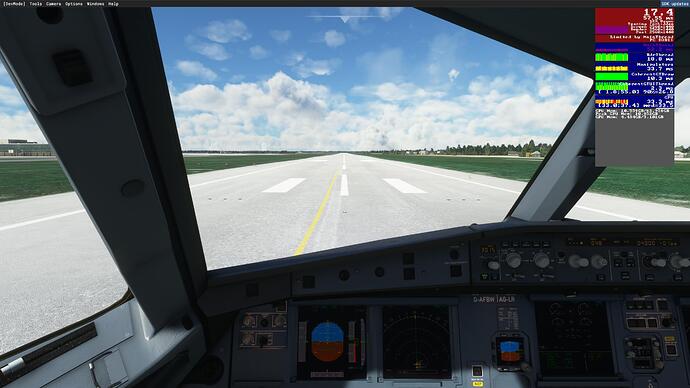 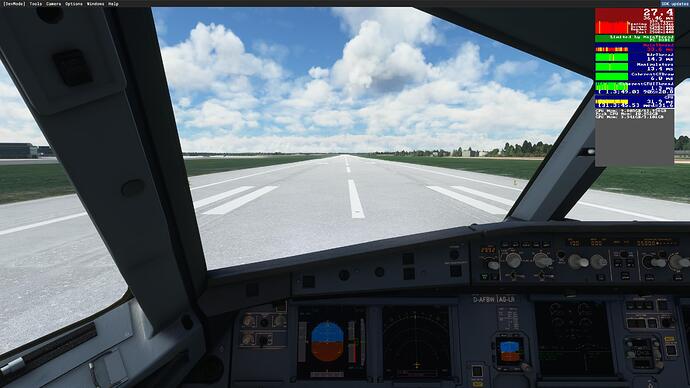 Asobo, we need to have this fixed ASAP!

Ive only just started learning the Airliners and had this happen 2 days ago.

Roughly a 3hr flight in the A320 from Brisbane to Ayres Rock, I experienced perfect performance up until decent, FPS felt like it had dropped to about 10fps, and then I experienced a CTD on finals…

New update is out, lets see!

Well, nothing was fixed with Sim Update IX. Also more detailed FPS Meter was not implemented. Degradation is still present: 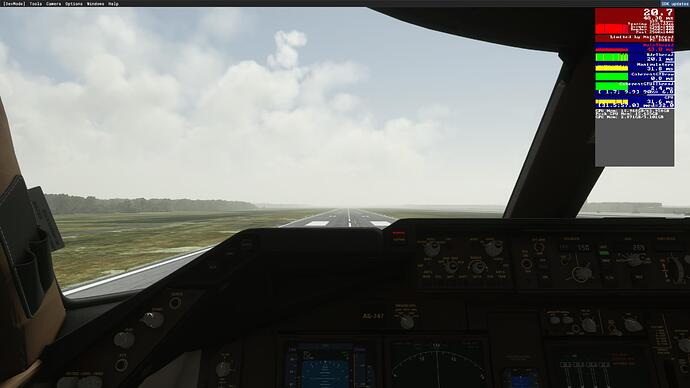 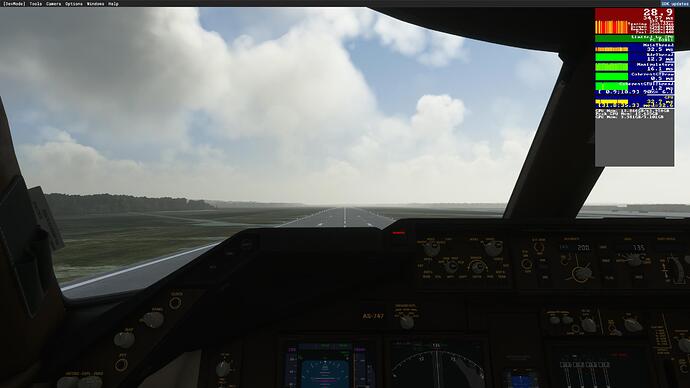 Did the same route, FPS are more stable than before however there are massive FPS drops when changing cameras after 2/3rd of the flight and massive FPS drop spikes 500FT before the RWY which calm down just before touch down.
In addition, trying to pause the sim (using ESC, not active pause) does not work until on the ground.
As before, RAM usage was high, roughly 6GB!

same thing here. massive fps drop for no reason after a couple of hours .Even after SU9

Same issue still exists in SU9, after a few hours fps drop. MSFS is unplayable for me. Tried every trick in the book. It‘s just a broken game.

same here, just 1 hour into my flight and mainthread + manipulators is going off the roof.
it’s extremely frustrating.

No i didn‘t, thank you for the suggestion, i will try that out asap!

So guys i tried around a little bit with the windows defender options and turned it off completely at the end ( all options) and i found out that the sim was holding strong 40FPS and then a rapid degradation followed by a CTD I have the program from Asobo installed that records crashes and creates dump files.
i Filed a zendesk report maybe someone is here that can read these dump files i will link the zendesk post here.

Ok, just to report back. I finished an 8 hours flight using the Headwind A330-900 (which I had degradation before) and now I didn’t have any issues whatsoever. No degradation nor fps oscillations.

Things that I did:

I didn’t removed any addon (I use toolbar pushback too) and externally I use Volanta + Vamsys Pegasus (which uses the fsuipc7) + Navigraph Charts + fs2crew (but in this flight I didn’t used it).

To be honest I’m not quite sure if it was something that I did, the update 9 (since this was my first flight in the new update), a mix of both, pure luck for this particular flight, or something else.

I’m going to do another long haul today and I report back.

As the last few guys suggest it happens mostly over europe so where did you flew?

This was my route (SBSV > LPPT). I had issues before in this route, particularly when I cross the ocean around +5hours flying.

@blindeye1995 Do you think this could be a region-specific problem perhaps? Maybe with Europe?
I will try a US flight to confirm if I get the same degradation.

@Brunocarvalh0 Just to check with the prementioned, what was your route?