LET ME SUMARIZE FOR NEW USERS WITH THIS ISSUE:

This performance degradation has been affecting many users for a long time, in my case, I’ve had it since launch but it wasn’t so widespread
Intrestingly, it would seem that since the new years, a LOT more people seem to be having this issue
It’s not related to MFS flight planning before the flight, it still happens with or without live weather, live or offline/online traffic on or off it still happens if you turn off all online funcionality, it still happens if you never open the VFR map at all or don’t have many icons on the toolbar (my case)

In my case that have this since launch, I usually run it on Live Weather (no change if off), all traffic off (since I’m usually on IVAO), settings on a mix of high/ultra (does not affect the issue).

As of today, the community kind of narrowed it down to WASM planes, altho there are some reports of people having the issue with default planes as well, so it still might be unrelated, or 2 separate problems with similar outcomes

The most common presentation is the FPS starting to drop after around 1,5h of flight time, but for some people it’s way before, and for some after 3 hours or so, it tends to keep sloowly degrading until below 10fps

It happens all around the world

Ram usage at least for me, tends to stay pretty low, usually around 5 to 10gb even tho I have 32gb

I’ve had this issue with many planes including FBW A320, B78X, B748, Longitude, TBM9 and CJ4 (admitedly, all modded variants), I’ve seem people reporting it with the C152 tho (not personal experience)

Despite this long thread since April this year (keep in mind I’ve had this issue since launch and made multiple reports of it on zendesk), Asobo seems to refuse to acknowledge the issue at all.

I’m sorry so much more people are experiecing this now (stangely without any significant updates to the sim), but I’m happy for it might finally get some attention now

Please, someone who does experience performance degradation over time, could You fly 2 identical flights and confirm or deny if issue comes on same location?

For me, performance degradation starts on exactly same spot (around waypoint LUMEN) if I fly same route. My new theory - when I enter that location, some bugged object will load (it can be multiplied by thousand times by mistake) and that will cause performance hit. 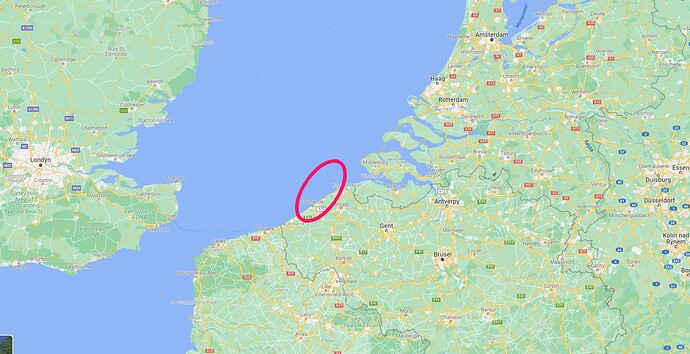 That would also explain in part why others do not have issue - they just do not fly above bugged locations, or they have low LOD so cursed location won’t even load. Keep in mind it’s just a theory…

Wait do you only have this issue on this particular route/spot? Everywhere else is fine?

If its location based then presumably the aircraft doesn’t matter?

I had issue also on other routes, but on that one (I fly it for testing) I have noticed it starts on very same location.

I have no idea, maybe there is issue in airac and thousands of fixes are going to load, but also maybe it is not location based and I am wrong.

Yeah I don’t think its location based. Its just based on the amount of time spent in the game.

it is NOT location based belive me, I’ve had this problem as stated above all around the world, I have it at pretty much every longer flight no matter where I am

I don’t think its just the time. I had a 3.5 hour flight yesterday on a livestream, but I was in the Kodiak. We were flying inland from the East coast of Africa. I had no slowdowns on that flight.

If you run a keyword search on this thread, the ones that pop up most are “FBW”, and “A32NX”, “CRJ”. TBM gets a few mentions. 152 has been mentioned once by a single person, while others have said they have read about it happening in the 152 for “others”, but only a single person has mentioned that.

Two people have mentioned the DC6, which surprises me. A while back there was a collaborative effort by streamers flying the DC6 home. It was multiple streams for many, many hours. I don’t know if any of them mentioned this at all? The hours they were putting in should have been enough to cause it to manifest.

If you find whatever is common to the A32NX mod, and the CRJ, I suspect that is your answer as to what triggers it.

@N6722C has mentioned WASM modules a few times as a possible cause I believe.

The only planes I have flown so far that have WASM modules are the BN2 Islander, and the Arrows I believe, although I don’t have either of the Arrows currently installed to check by eye. I have flown the Arrows for up to 6 hours before, on one occasion, and had no slowdown there, but this was probably early last year so perhaps this issue manifested after that?

It may or may not matter, but the only WASM module I always have loaded is the SPAD Bridge. I fly with that 100% of the time, to control my Logitech gear, and to enable prop feathering for my quadrant. What a given module does may be key, rather than its very existence.

Well count your blessings my friend, I’ve had it for a very very long time in many different aircraft, and I have it at least 4 out of 5 long flights

It could be because you are heavily GPU bound. Regarding A32NX could you take time to test to see if you have no issues? The more testers the better. Also if you can do the bullet point steps that I asked it will help clarify things up. Its not that difficult I’ve done it before you can search my post.

Regarding A32NX could you take time to test to see if you have no issues?

Sorry, I have no interest in flying airliners at this time. If it were manifesting for GA I would be more than happy to do it.

Also I’m reasonably certain my 3090 is not GPU bound. I’m typically CPU bound, but only at the busiest of airports when on the ground. While in the air I hit my 60fps cap pretty much all the time.

I know you want to fly, but please don’t do extensive testing and diagnosis for free. I’m sure they have ■■■■ but still much more efficient tools than we do to do all of this.

Worse yet… paying for it

Just want to share my experience with you I just had.

Did a flight EHAM LOWI. Usually I have always this degradation in all kind of flights I do with the FBW A320, always kicking in after say 1 hour.

Today I switched on vsync in FS2020 for the first time, locked at 30 fps. Whole flight I did with 30+ fps. That’s suprising to say at least.

Maybe somone else wants to try this…?

UPDATE: Did some more longer tests and for me this seems to be the solution for now. Locking ingame vsync on 30 fps.

Already tried to lock fps to 30. No success, performance were degradated

I’ve only ever seen this issue with the FBW A32X, never the CRJ.
Granted I do longer flights in the 320 so maybe that’s it.

I don’t understand how this isn’t a bigger issue at Asobo right now, this should be one of their top priorities to keep the IFR simmers paying.
Are the Asobo devs even flight simmers???

@N6722C has mentioned WASM modules a few times as a possible cause I believe.

But I do have lots of 3rd party Wasm planes in my Community folder and a few in Official, so I do not know who much WASM is involved if I am in MP, and come close to someone flying one of these WASM planes.

So I have no idea what is really causing the slow down, but when the reason is discovered, I really hope it is explained, and not just classified as FIXED, without any explanation.

Those that have tested, and contributed, deserve a detailed answer.