The reason why performance drops off so much is because of the very high memory utilization. When memory utilization is around 60%, Windows starts moving parts of memory to the virtual storage paging file. It will continue to move memory around until the overall memory demand drops. When 14GB is used in a 16GB system, Windows is moving a LOT of memory to virtual storage. Since MSFS uses the most memory, MSFS is significantly impacted.

For MSFS, the biggest, worst performance impact is for memory to start filling up and Windows starts moving memory out to virtual storage. FPS drops significantly because Windows cannot move memory in and out of virtual storage fast enough for MSFS.

The easiest way to “fix” out-of-memory problems is to add more memory. Install 32 or 64 GB of memory. Another possible solution is to not use virtual storage since it is too slow for MSFS. However, Windows will freeze or crash if real memory is totally used.

The real “fix” is to fix WHY so much memory is being used. Something is definitely broken.

Whenever I see Windows start moving memory to virtual storage, I usually stop flying because I know FPS will drop too much.

Yes I agree something is broken, memory should not be increasing from 7GB to 14GB while sitting still on a runway no?

I guess there is more than just memory being full though, @Orishek showed us he had the drop in FPS while he has only 12GB used out of 64GB

I am experiencing the same issue. It usually happens after 2-3 hours of flight but now its starting to occur after just 30-40 minutes of flight. The crackling sound is the first thing I notice (which almost makes the sim unusable) followed by degrading performance and massive lag spikes! And my GPU and CPU utilization is a massive bottleneck with the CPU sitting att 70-80% and the GPU at 30%

have 32gb and have exactly same problem. btw ramm usage never above 13 gb for me. i think it has something with gpu driver. when my fps slow down after 4h flight gpu suddenly idle(40-50proc vs 70 before suddenly drop). newest exp fbw a32x

The memory usage is very low when it happens so that doesn’t make sense to me. It only uses about 6-8GB of 32GB.

Recently, I completed a flight over 17 hours long (WSSS-KJFK) in the 78X with HD mod. There wasn’t much, if any fps degradation.

Maybe the issue is not how MUCH memory you have, but more how it is being distributed to what needs it. (Fragmentation – memory management)

Example. Analogy - assume your memory is a big parking area.

Initially, you could park a 747 there, plenty of room.
Maybe another one along side it.
Now lets also put a few hundered cessnas in there, in some the spare spaces.

Now lets remove one of the 747s … GREAT more room.

Lets put a few more cessnas in there.

While there is plenty of space, where we could put a cessna, there is no one space big enough for the 737, so it has to be put it in Overspill parking lot (HD Virtual storage)

Eventually, as we fill up the paring lot, while there is still a lot of room, none is big enough for a 747, or even a King Air, so now any King Air has to be put into overspill parking.

In order to get more aircraft into the Parking lot, what we need to do is to re-arrange those aircraft currently in the Lot, in a more COMPACT way, freeing up a large area of the lot for more planes., and these bigger planes as well ( Defrag the memory) – Memory Management.

So the issue is not lack of parking areas (memory), its a lack of suitable big enough areas to hold any sizable planes, decreases over time.

or what can help is having dedicates area to put Big planes, and never putting small planes in those areas !!! (again, more specialized Memory management)

Bottom line : Windows is a very poor long term parking Attendant , and needs some help in getting its act together. 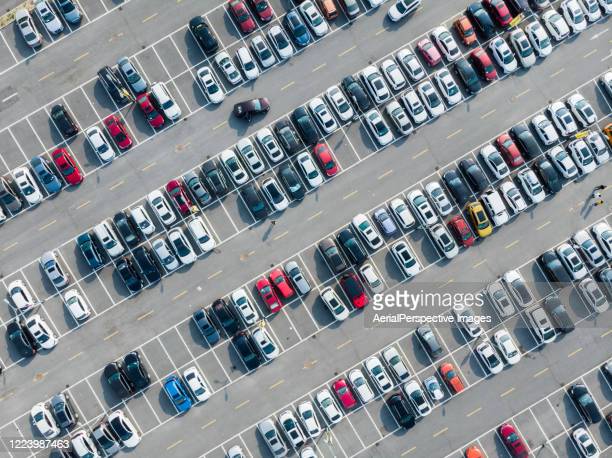 GPU is idling because the CPU is bottlenecking, I don’t think it is a GPU issue

Anyone having this problem with Windows 11 installed?

I have noticed the same today. I was about 12 hours in a flight and my fps had dropped to 5fps. CPU and GPU usage was also very low. 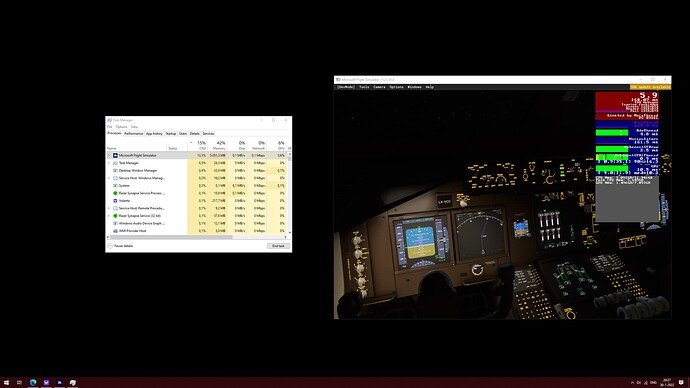 This is on windows 10. I only opened dev mode to check the fps, hadn’t had it running before that.
Also, this was somewhere over the Bay of Bengal in the default 747-8.

I am also on Windows 11. Today no problem with Salty 747 EDDF-OMDB…the same route and aircraft 3 days ago and FPS drop to 5 after around 3hrs…

Maybe the issue is not how MUCH memory you have, but more how it is being distributed to what needs it. (Fragmentation – memory management).
…………………………………………

Bottom line : Windows is a very poor long term parking Attendant , and needs some help in getting its act together.

Windows is the wrong operating system for MSFS. Windows was never designed for flight simulation. Neither was the Xbox. Windows is designed to be a multiple purpose opening system. It is designed to run MSFS, Excel, Word, YouTube, e-mail, touch screen, voice recognition all at the same time. Running all these on a variety of hardware platforms and different network connections.

Because Windows was never designed for MSFS only, MSFS has to be designed for Windows. If MSFS needs memory to run, Windows has to provide it. If MSFS sends a large number of graphics frames to the monitor, Windows tries to accommodate within Windows design.

Because MSFS is constrained by Windows, MSFS has several dozen graphics, network, and simulation parameters adjustable by the end user. There are certain combinations of parameters that cause MSFS to perform poorly, not because of MSFS but because of Windows.

A good example of poor Windows design is the discussions about having Windows Game Mode on or off. If MSFS chokes with Game Mode on, this is a Windows problem. If MSFS starts slowing down when memory utilization goes higher than 70%, this is a Windows problem because Windows deliberately slows down programs as memory fills. MSFS cannot perform memory management for Windows. MSFS provides adjustable parameters to run optimally with Windows design constraints.

MSFS needs a Windows version designed and built specifically for MSFS to run in a real time mode. NVIDIA produces “game-ready” drivers. MS should do the same.

I have this same problem during WU6.
I can start at hughe add-on airport like Hong Kong, Tokio by Drzewiecki with 40fps.
And everything looks fine until about 1 hour fligh.
Then (whatever I am) fps drop down to about 2-10 and cant continue.
It doesnt depand on scenery or Sim setting (tried on low settings and low resolution as well)- it can be Sahara, Ocean with no clouds - just after the time fps dops and not move up.

I didnt have this issue until WU6.

I also see a lot of streamers on Twitch have this issue where the landing is very stuttery.

Has anyone managed to solve this problem? I don’t have a very good machine, but I could simulate it with 30fps easily, but now right on landing I get 5 or 9 fps. And this always happens on takeoffs and landings, I notice that it’s when I’m closest to the ground. Could it be something related to the addition of gusts of wind?

Yup - it is happening to me. I can’t figure out why it is doing that and it’s driving me crazy. Landing with <5fps is challenging to say the least… I usually just crash land lol

Try closing some of the other apps you have running. For me if I stop streaming and close chrome tabs the performance comes back up quickly…

We can’t know what the problem is. Only Asobo can see in-engine with a profiling tool which tasks are taking what amount of frame time on the main thread.

In the Q&A they said they are investigating but not yet able to reproduce the issue.

I find it hard to believe that they struggle to reproduce the issue tbh. I mean, not even one tester had this issue??