A big thank you to the teams at Microsoft and Asobo, and the numerous testers. Sim update 5 really did bring a huge performance improvements and nice surprises 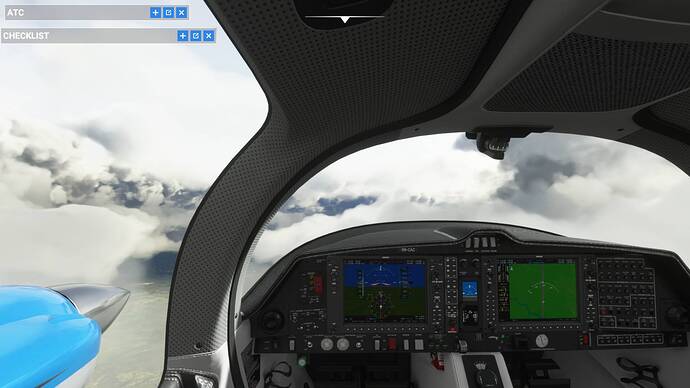 Have a blessed weekend all

I can now use high quality clouds!
Loving it soooooooo much.

Yes there’s a lot of complaining going on I personally think the last update was brilliant it has bugs as usual but asobo always follows through and tackles the problem. Trying to improve things brings some issues but I would rather that than leave the simulator as it was. I have very smooth flights now never thought possible on my rig. Big thank you to asobo for trying to constantly improve the sim

I don’t think it’s fair to describe an update that brought constant CTDs to many users as “brilliant”, to be honest. Teething problems with newly introduced features is perhaps understandable, but a practically unusable product is not. That said, despite the fact I’ve been having some issues myself, overall I am warming to SU5.

First let me point out that I fly solely in VR. Before the update the sim was looking good even at low/medium settings, but performance wasn’t great. I’d be lucky to maintain 30fps when flying in a straight line looking dead ahead. Looking around and manoeuvring would often get choppy, especially over cities, at airports, and at takeoff/landing. But it was playable enough, since this isn’t a combat sim.

After the patch, I have been getting CTDs in the menus which has been pretty frustrating. However, I’ve still been able to run a number of flights over the last couple of days… no CTD’s for me once I’m actually in a plane. (Touch wood!)

For me, the performance has been very surprising as despite the hype I was expecting marginal gains at best. First flight was dead smooth, though I of course noticed the LoD issues people are complaining about. So I started tweaking to see what I could do.

So now, for me personally, the sim both looks better and performs better than it did before SU5. It’s so smooth that for the first time, I’ve been able to jump in a stunt plane and perform aerobatics over my home city without any puke-inducing stutter whatsoever. I admit that I was very impressed.

Before people lynch me, please remember what I said above… I fly solely in VR. This means that even in the best looking sim with infinite LoD and draw distance, anything more than a few miles away is somewhat blurry and difficult to make out. It’s the price I willingly pay for the extra immersion VR grants me. With the LoD sliders in MSFS set to 200, it means that the “pop-in” issues are at a range that I simply don’t notice because I can’t see it at HMD resolution.

I also don’t seem to be having problems with the “aggressive culling” that was introduced in the patch either. The most I notice is that the shadows on objects are redrawn, but not the objects themselves, and even that takes a very fast flick of my head to pick up. I don’t know why this problem doesn’t seem to affect me when it’s being so widely reported by others.

So overall I have to say that, menu CTDs aside, SU5 has definitely improved my experience in FS2020 as a VR pilot. Once the CTD hotfix drops this afternoon it should leave me a pretty happy camper. Hopefully other fixes will follow in the very near future to help others, especially non-VR players, with their issues too.