Do you have mixture levers mapped to your controls? In case mixture is zero/off, this might have an impact. Worth a try…

I’m not an expert, but I’d be willing to bet that the g1000 is as advanced or probably more advanced and capable than the FMC in this airliner. It’s pretty old and I think they kind of modeled that really well…but on the other hand…I have experienced that drift. I wonder if it’s present if you do an autolanding? Both APs on?

I don’t, actually. I think I need to review the tutorial video. Regardless, I’m able to get them started!

I think you forgot to disable APU-bleed. It will leak cabin pressure through the APU (and without warning) when the switch is left in the on position.

When hitting STORM lights, the panel lights go up as expected but the dome lights don’t. Is that A310 specific? I would expect to all hit maximum lighting.

On my 8 hour flight today I took off with 56 tons of fuel and arrived with 28.2 tons fuel left.

So on arrival I had roughly enough fuel for the 8hr return without refueling (reserves aside - but I could have taken even 4 tons of fuel more with me).

That feels too long for the A310, I guess it should require more fuel per hour, without having real life data.

Any insights or comments here?

BUT the calculated EFOB in the FMC was absolutely spot on during the whole flight!

Love this plane, but can’t say I have noticed any performance improvement since the patch. Still getting 22 fps (limited by main thread) at the gate at CYYZ with identical settings prior to the patch, whereas I achieve 40+ FPS with the PMDG 737 at the same location with the same settings.

First load of the plane after the patch was still < 1 minute.

Might be a daft question but what does WASM stand for? I’m an ignorant newbie

I have just done my first proper flight which was fun

I am now doing a second flight within the same session and have noticed while doing a step accent, all went well with the take-off and the initial altitude, but when I put in the next altitude and initiated the climb. I get this THR L flashing and the speed wont seem to work properly, as in, it seems to redline… is thereanything I am doing wrong? thanks for any help 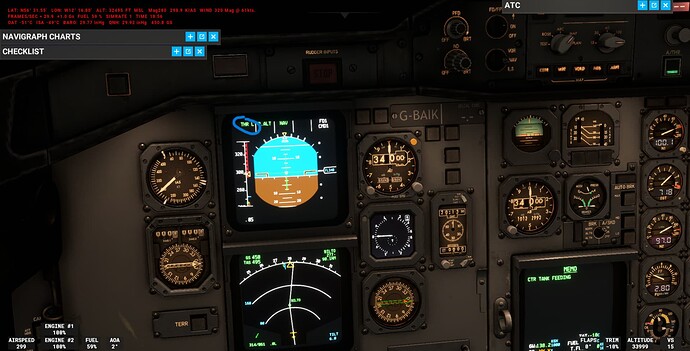 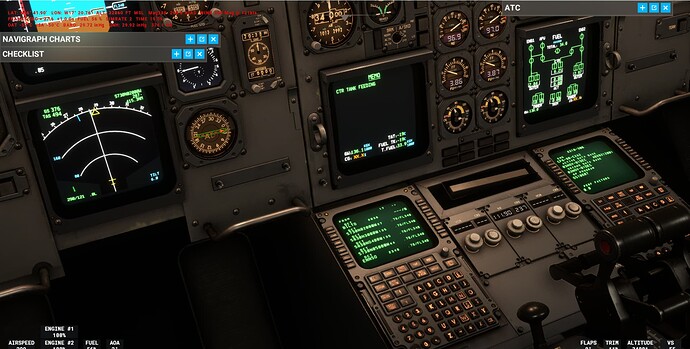 Something has changed with the update.

Pre-update, I flew from Madrid - Barajas LEMD to Tenerife Sur - Reina Sofía GCTS. Simbrief calculated some 16 tons of fuel and that was what I got.

When I was getting close to the island it was evident I was not going to make it. I had to divert to Tenerife Norte - Los Rodeos GCXO, because of low fuel. It got worse because I had to perform a go-around, since I fly manually, i´m still not familiar with the aircraft, and totally miss-managed its energy on final approach (man, those flaps are draggy…). We survived, but landed in a full blown fuel emergency, with some 800 kg of fuel remaining on board.

Wow, it was fun for me, but not so much for my passengers (I could hear people screaming and crying in the cabin, ¡and I don´t even have an addon for that!).

Today I flew the return leg, post-update. Simbrief calculated some 15 tons of fuel (more favourable winds), but I loaded 20 just to be safe. Well… landed in Madrid with 10 tons of fuel remaining.

Wind was not that strong, and does not account for several tons of fuel difference from the Simbrief calculation. Pre-update, it burnt maybe 5 more tons than expected in the flight plan, post update, maybe 5 tons less (rough numbers).

Hope this can be fixed.

Anyway, I´m really in love with this aircraft!

Hi Does anyone know if the texture enhancement pack for PC is expected to have a performance impact? I am on 3090 in VR, thank you

Since the update, the ACARS page no longer shows “ATIS” and “Messages” options for me. Also I am still unable to import my simbrief flight plans using my alias. Following exact instructions to import plan but just getting an infinite “pending” message.

Only way I can fly whilst looking after my kids, I just do a long haul flight lol. When 777 out I’ll do longer…

I am having the same issue. Any luck?

That worked, thanks, buddy!

Frag! You were in a hurry weren’t you, running her at mach .85? I’ll bet it was a return flight to New Zealand. You were missing home like hell.

I had the same annunciation this afternoon and had to look it up myself. Apparently, it’s a mode associated with the stall protection. I had it during approach, much as described by this page from the manual… … I think… it was a bit of a messy high speed localiser intercept anyway. But no worries, it was in Denmark. The country is totally flat so you won’t bump into anything unexpectedly.

…Then again, I do remember you doing that very low altitude recovery once you noticed your BAE146 landing lights reflecting on the lovely sea surface at night.

Anyway. I suppose re-engaging the auto throttle would reset the mode. 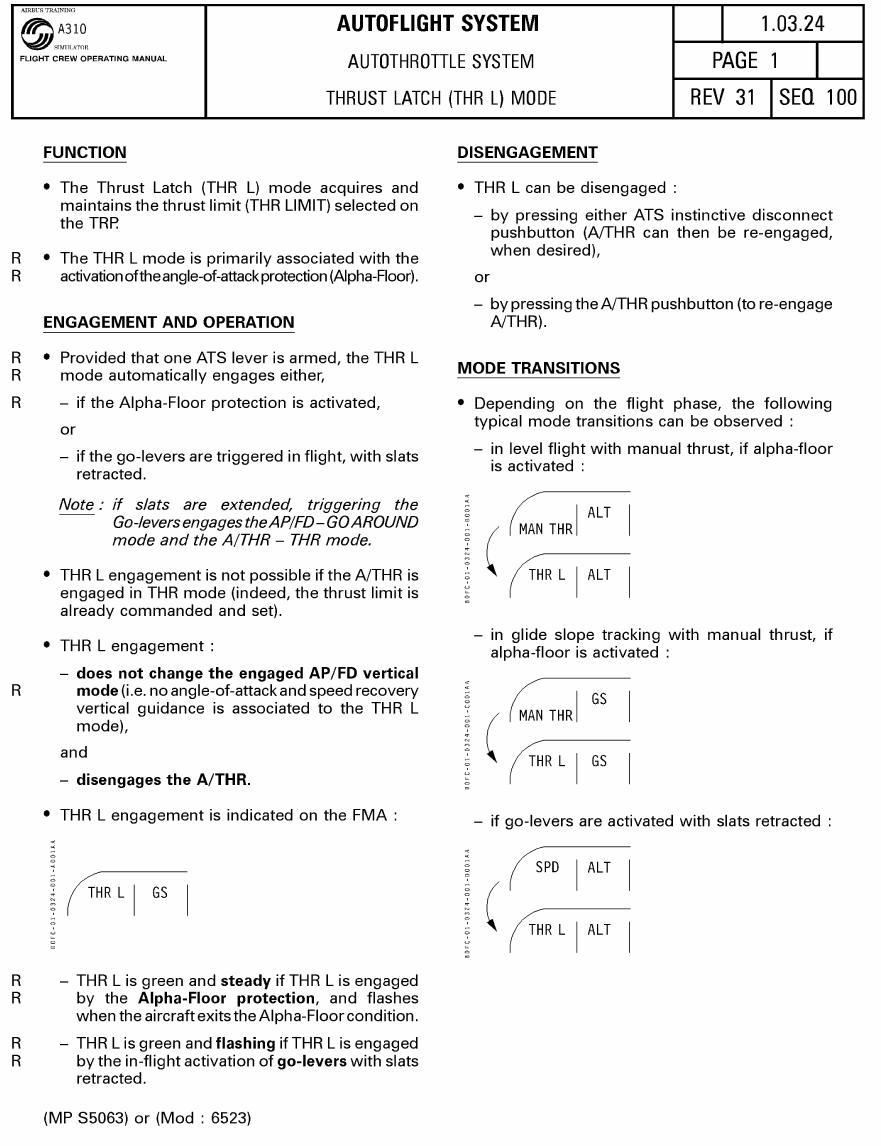