My bad, please move it.

You would have to create a new topic here: #sim-update-11-beta:general-discussion-su10.

Do you have a long or weird simbrief user name? Have you tried the simbrief.ini way of setting up your username in the A310? If not, give it a try. My ID is way longer than it needs to be (17 chars! -

What was I thinking?) so I have to use the ‘.ini’ file method to use it, which works.

If your simbrief alias has strange chars like and underscore it supposedly won’t work. They detailed in an earlier post here that you can create a simbrief.ini file with these lines in it [simbrief] username=myweirdsimbriefaliasname create this in this directory- C:\Users{USERID}\AppData\Roaming\Microsoft Flight Simulator\packages\microsoft-aircraft-a310-300\work and it should detect your weird simbrief user alias/name if you have one. In my case my own one is far too long.

maybe it was already asked…when will normal users (so not beta users) get the updated A310-300 in game? as its also not possible to update via inibuilds directly (i guess)

I’m guessing when they get on top of majority of the minor bugs. It makes no sense having multiple sim updates. I guess there is perhaps a stake in the ground moment (hopefully soon) when it gets released. I’m not on the beta, but have improved performance just by tweaking graphics settings in SU11 alone. You won’t be getting the A310 anywhere other than from in game updates, in reality via sim updates (as that is where all in game default aircraft updates come from). Every FS user will need to get the sim update even if not using the A310, so best to get it right before having to do multiple SU patches/hotfixes. Just IMO.

Glad to see the issues you’ve been having with landings are getting better.
The thing to remember is that she’s not quite as automated as the later Airbus fleet but once you have it nailed down, you’ll be smooth sailing - flying - from here on in.

The latest version 1.1.6 base version has many updates and has just been released on the Beta program:

RELEASE NOTES 1.29.30.0 If you are playing on PC, outdated packages in your community folder may have an unexpected impact on the title’s performance and behavior. If you suffer from stability issues or long loading times, move your community package(s) to another folder before relaunching the title. Airbus A310-300 Textures: Fixed flight deck cockpit sticker not moving with door Fixed TRIM wheel & yoke textures RAT is now animated (in cockpit only) EFB/IFE: Fixed OAT to ret…

Please keep the issue reports coming in, we are listening!!

But is there any prediction regarding the public release date?

I can’t comment on that, that’s not in our hands at iniBuilds.

The usual process is that once all testing and issues in the Beta are done it gets pushed out cross-platform.

Just think when it does come out, you’ll have all these new goodies and fixes to play with

First of all, thank you

!! I actually meant, based on what you’ve seen so far, how long does it usually take for a beta to be released? A week, a month? I’ve been using the A310 on XPlane for a long time… obviously my hands are sweaty

mah, I am many confused, during this days I Flighted with B737 PMDg, A320 FBW, and md80 Leonardo, but the AP didn’t disconnect and I had real weather.

Still having ATC audio drop mid flight. Can’t recover it. On a 2hr fight this morning from LEMD to LSZH and everything just goes quiet mid flight, and if you don’t realise it you lose the IFR flight following.
I honestly don’t know if this is A310 specific or SU11 specific. As I have only flown the A310 since SU11 came out!
I really need to go jump back into the 737 to test this ATC drop out. It seems intermittent, as I had a 2hr flight last night with no ATC audio drop.
It’s very frustrating whatever it is. (I’m not using the beta).

One ? as I haven’t found a method of doing it but can you do a step through review of the route on the screen at all? (Useful for analysing the STAR/approach). You can do this on the 737 and the A320NX, but I guess it’s not possible on the A310 being older? Just wondering if I’m missing something.

Mate I was either, enjoying a BBQ at a beach in NZ and doing a bit of fishin or in Thailand during that one and having a wee laugh​:rofl:

not thinking it would be me sometime in the future

Hahaha yeap… one of my work mates told me about this brew I must try and I hve done it for a msfs session involving the A310 recently (using the key word to keep it on topic…) I now have the T-shirt… mix it with irn bru and its drinkable with a full scottish breaky… black pudding, dumplin and haggis

I have been going full out…

I’ve just found what the issue was… realised that I hadn’t selected the folder/simulator that I have…
I’ll be flying Caledonian tonight… What sort of routes did they fly with their A310?

Loving this wonderful plane on XBOX, thanks to the developers! Question for anyone on XBOX. I have kind of learnt to fly the A310, cold and dark start and flight management by watching the video tutorials but I am having a regular issue which I am trying to figure out and I don’t see mentioned. It doesn’t seem to happen all the times but often while rolling the aircraft on the runway for take-off it all goes haywire with plane suddenly jolting up and down and sideways…sometimes it is still recoverable but hardly realistic! I follow all checklists so I don’t think I am messing up some of the controls. All assists are OFF. I use a Hotas One stick to control and usually have the rotary function assigned to the rudder which has never been a problem with other airplanes I use. I tried to assign the rudder elsewhere but still had it happening on a take-off. I wonder if it is an XBOX foible or any other explanation? Another small issue I seem to experience is that when taking-off with FLEX I push the TOGA button and at times the plane for a few seconds slows down for a while rather than accelerating. Usually this is short and then it starts rolling again…

Let me share a thought with you… I don’t know how many of you have flown the A300/310 on XPlane, but anyone who has can tell you that the level of detail and complexity in these products is outstanding! Probably not comparable with anything else. It was easy to predict that there would be some problems in porting to Flight Simulator because the features that are made available to developers are not the same (and in some things still not at the same level) as XPlane. The competence and professionalism of the developers will fix everything. A separate discussion, unfortunately, is that of the drop in fps. If (for example) the ATC doesn’t work, it doesn’t work because there is a fault with something specific that needs to be fixed for everyone. The drop in fps doesn’t affect everyone, it doesn’t have a precise cause and honestly I have a great fear that this problem will fade into the background, not from INI as from Asobo if we think that after 12 days there is still nothing clear in about this problem. But seeing so many people flying and not being able to do it is really stressful and demoralizing. Let’s wait. Sorry if I rambled on a bit

Seems the performance has improved in this update. Getting 47 FPS at FL270. Didn’t turn on Rivatuner till after takeoff.

I need to test it in a busy airport at the gate but it seems it’s getting close to the mighty PMDG 737 territory (at least for me).

Re A310 / British Caledonian, just found this page listing the short lived aircraft that they owned. Intereesting reading though. Scroll down a bit or search to get to A310 info for the airline- 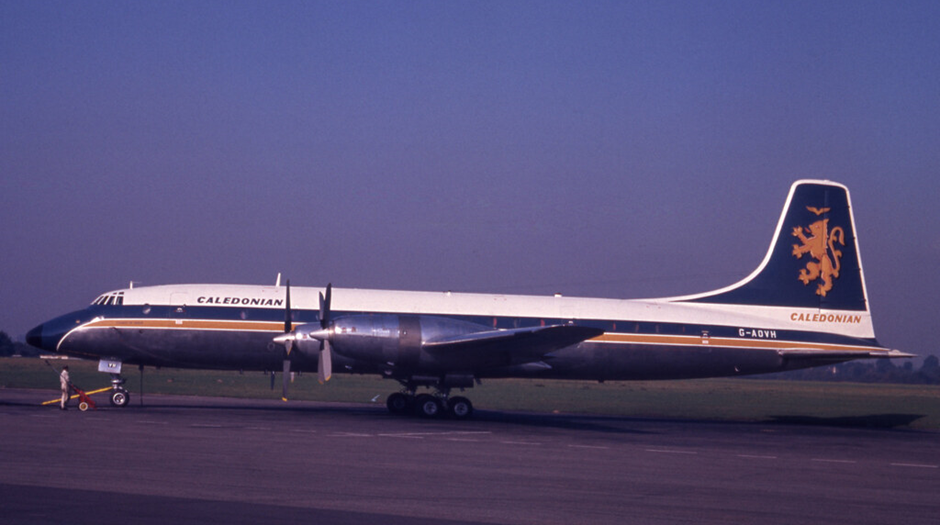 Two Caledonians and a BCal

Two Caledonians and a BCal With all three airlines affectionately known in the trade as Callys, Caledonian Airways had two lives as Caledonian and one as the parent company of British...

For OneStore version download and install the Xbox Insider Hub app and you can sigh up to MSFS Beta in there.

myfstrial
It really depends on MS when they are ready to put it out.

BragRaindrop933
Yes you can, switch your ND to PLAN mode and you can cycle through your route by using the UP and DOWN keys on the MCDU.

jal043
Are you holding on brakes at 40% and then pressing the TOGA button?