I just spent about 1.5 hrs with it… honestly, the hoopla about the buy-in price thing was all for nothing, it is a gorgeous model that flies very well (for a heli in msfs, and obviously I have never flown one IRL. I have 1hr on a RL Bell 47 though so I am an expert

For a pre-release beta it is extremely good, very fluid and smooth, great FPS, works well in VR (although sometimes the mouse pointer takes on a weird orientation) and visually it is just simply gorgeous!!

Sound too is great, it sounds exactly like the real thing (our police use one and they are stationed right next to our GA hangar)

So far I love it!

Question though, will there be a documentation/manual that comes with the release version? 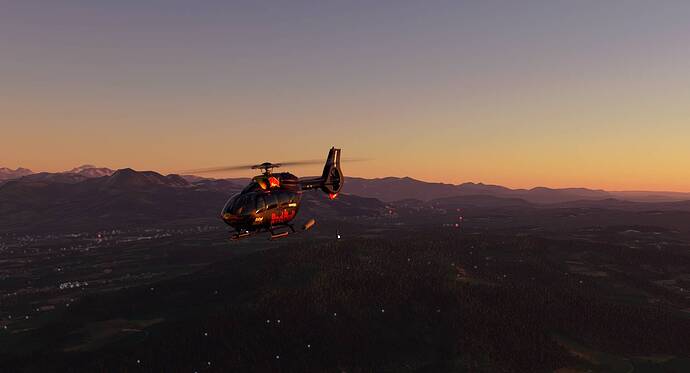 It’s also very annoying to have to deal with Smart Screen warnings that the ActivatorApp.exe, etc., is an unrecognized app, etc. When you’re charging $42.99 for the package, why give your users a minefield to run through?

Since the H-135 works great for me as does the sim in general, it’s something about your security mechanism or the file path that must be screwing things up, I think. My MSFS 2020 install is on a NON-SYSTEM drive. The path to the Community folder is: G:\WpSystem\S-1-…\AppData\Local\Packages\Community.

I can see the answer to my problems might be “If you just go to our Discord discussion group, you’d find the answer to your concerns in the following post …” I don’t want to have to do that.

Thanks for fixing things up. The H-135 and the H-145 are a great idea and I look forward to exploring MS’s artificial world slowly rather than whizzing by everything at 40, 50 mph, or more.

Hi there, I am sorry for the experience you have had thus far.

It is a forum rule that 3rd party developers provide support outside of the Microsoft Flight Simulator forums, our preferred platform is Discord as it gives us the ability to communicate in real time - we also have 7K+ members so many issues get worked out due to great community members.

The number of H145 pilots we’ve spoken and flown with today is in the hundreds, but this is the first case of a CTD that has been reported to us.

Have you confirmed the CTD occurs when ONLY the H145 is in your community folder?

The activator concerns are being addressed by our lead developer in the below comment:

Tip: You may pin ActivatorApp.exe to your taskbar to quickly access it, and click Activate before a flight.

We have already heard your feedback loud and clear here and WILL be making this system more streamlined. You will not need to re-enter your key over and over (even today), and later we will reduce the frequency of activation and ideally remove it entirely. Please bear with us while we release our first payware product and prove our infrastructure for delivering aircraft to your PC. Thanks.

OK. I will post my problem on the Discord forum for the H145.

The CTD problem has gone away. Two things might be related. First I noticed that my USB peripherals were not on when I was doing what I reported in my previous post (I’d torn apart my computer today, removed the GPU, took case & motherboard measurements and neglected to turn on my USB hub when I put my computer back together again). The 2nd thing is that after moving the H145 pkg to the JUNK folder in Community, I moved it back (by cutting and pasting the folder) into the Community folder. Somehow after doing both these things, I could launch the sim, pick the H145 as my aircraft, start a flight and I was required to activate the H145 even though I’d run the ActivatorApp.exe within 2 hours of doing the above just now. I will put any further discussion related to this in the Discord forum for the H145 discussion. Thanks for your quick response!

Edit_Update: Someone in the H145 Discussion Discord channel ascribes my CTD’s to the sim itself (quote): “it’s the sim my friend. they’ve been having glitches all day with the programmetry / Bing data and trying to fix it” It would be ironic if things got better for sim telemetry/stability, if that’s the case, just as I was trying to launch the H145 for the first time. But I think it desirable to have at least a little back and forth communication between third-party app forums and the MSFS community forums especially for major stuff like CTD’s. Otherwise, every 3rd party app is in its own little silo and its harder to see the bigger picture: like having to stay in the pressure gauge forum at Three Mile Island.

Have another CTD report then. On my first flight in the H145 I clicked on the instrument lights switch and instantly CTD. Not repeatable yet but it happened. (only my second in flight CTD since SU5. 100+hours of flying)

Next flight i loaded in and had to activate the Heli again.

Sound is great, but too soft, I had to turn up volume to get the desired effect

First of all I would like to thank the Hype team for their work! It’s great that they add helicopters to the simulator!

I would like to review the early (BETA) release of the H145 helicopter.

The 3D exterior model of the helicopter is realistic, detailed and accurately modeled.

The textures used on the helicopter are of very high quality, lifelike, breathtaking visuals.

The instrumentation of the helicopter, the systems are realistically done, thorough, high quality work.

The main rotor effect (blur) is very strong in my opinion, especially when the helicopter is viewed from above. It should definitely be reduced significantly.

There are many anomalies and problems in the flight dynamics of the H145 helicopter. There is a shaking in the helicopter which is intermittent and very annoying. Unfortunately, this was also present in the H135 helicopter, but the developer could not correct the fault, which I reported several months ago. The shake is felt by users who have high performance machines and run the simulator smoothly. On a weaker machine, the user will not notice this, as the simulator will stutter and lag by default.

I’ve just fly this beauty for almost an hour. What I can say is H135 is wonderful and H145 is almost perfect for me. It worth every penny and I’ve no regret for buying this. Compare to stock aircrafts of MSFS the flight dynamics of H145 is more then acceptable. Everything is better then H135 even the autopilot system is more realistic. I don’t have any complaint at this moment. If you like H135 then you must go for this one. I have to thank and compliment the developers of this wonderful helicopter that I’ve never done it before .

It’s asking me to activate it every time i load up the sim! What is this nonsense?

Can someone explain the extra the payware 145 has better then the 135 ? I di not care about a bottle of whiskey or. Tv in the back … but i mean with systems / flight model etc etc

I agree that there is lots of work to be done regarding systems, sounds and, most importantly, the flight model. No surprise, considering this is the first early access release of the H145.
But I think it is up to the HPG team how to solve this … Will be interesting to see what Flyinside’s next project will be. While their flight model seems more realistic, I have a hard time avoiding oscillation in their Bell and spend more time in the HPG helicopters.

There is just more detail in all aspects of the H145. Graphicallly it is already a lot better, especially inside the cockpit. The displays are more detailed and closer to real life. All the buttons are already animated, but in the first pre-release a lot of them do not have any functionality yet. We will se how deep HPG will go regarding the system simulation.

One question, my H145 does not start cold and dark, although i spawn at gate.
any thoughts on that? 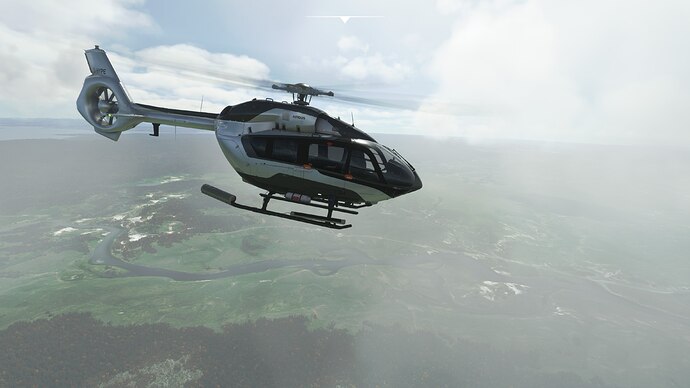 got it, as always IBM error