Airbus Industrie A319 by LVFR

Some unedited videos about the engine sounds of the A319, from one of the developers: 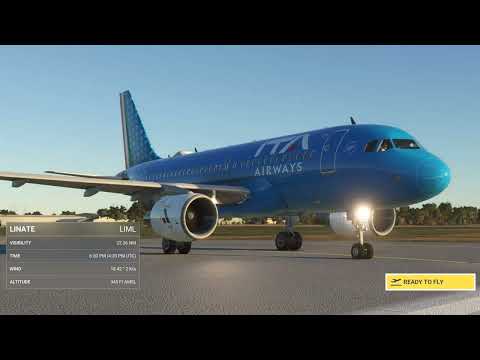 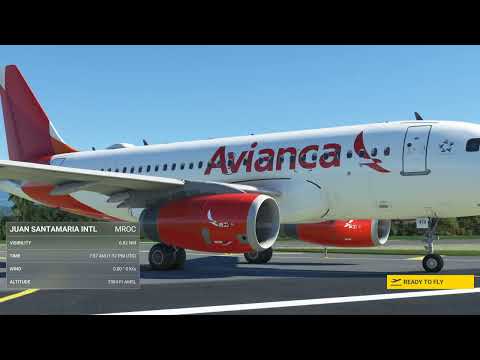 The cockpit instruments are not correct. There are IAE V2500 A5 engines mounted under the wings, these turbines must have indicators for three shafts (N1, N2, N3, and an Engine Pressure Ratio gauge) on the ECAM displays.

Out now! Just finished downloading it.

Anyone know how you open the doors, as was shown in the trailer video?

No intention of berating. People can do what they like, I was simply stating my own views.

LVFR have always been open about what they create and what their aircraft represent, so let’s judge their products for what they are and not compare them to higher-end products. There’s no point having discussion threads about these if they all go down this route. LVFR aircraft are not study level nor high fidelity, they use the default systems that are at least constantly maintained by Asobo so they will hopefully not randomly break with any update. For immersion, flying the default aircraft is adequate enough, let’s not pretend that only study level add-ons are the only ones that matter. Everyone can find the level of content they’re looking for and these planes are for those who are OK with what the default systems provide. It’s not worth complaining about what these are not, when they don’t even want to be.

That said, LVFR planes do offer more than the default A320neo, having (in my opinion) much better sounds, lots of liveries out of the box, detailed interiors, animated passengers and – for better or worse – custom flight models. As long as they’re reasonably accurate in this (range, performance), I appreciate them.

I just bought it. Can’t wait to fly this weekend!!. Also their A321 was updated with 12 new liveries. Very well done.

Well, it looks pretty good to me so far. I need to test more. 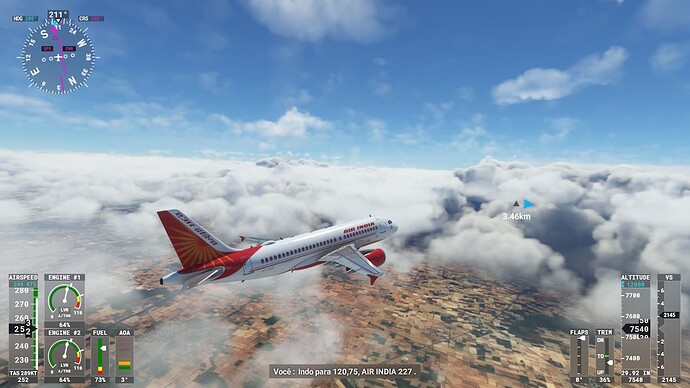 Not a bad product, some visual things that I’ve noticed but gosh ■■■■ did I enjoy flying it about last night. Gonna be a busy weekend of streaming some ops in this bad boy and trying to get ready for a trip next week!

Tempting, and it sounds good, though I don’t know whether it sounds like an A319 or not… I might pick it up though I couldn’t see it listed on the marketplace in-game…

Does anybody who already bought this A319 know if it comes with the option of removing the SATCOM antenna? all the photos I’ve seen are with it… thanks!

I own it and you can not unfortunately

Wait this is seriously Marketplace only?
Not available on Contrail nor LVFR site?

I’ve just completed the first flight with the A319 and I am very impressed. It is easy to use if you’ve been flying the A320neo or the A321neo (Airbus designed them that way). I’m not going to compare this aircraft to the PMDG 737 (which I enjoy flying) or the Fenix (which I don’t own). For me, one of the advantages of the A319 and A321 compared to the PMDG 737 is the ability to use MSFS-created flight plans. The PMDG 737 needs SimBrief imported flight plans or to manually enter them. These add extra steps before flying.

The other difference I noticed between the A319/A321 is that the flights are always so good, the passengers don’t want to leave their seats. When I fly the PMDG 737, the passengers are leaving their seats ready to deplane before I finish taxiing to the gate. (Just kidding, PMDG!)

These add extra steps before flying.

Clicking a button on the EFB in the Fenix, not a big deal, The PMDG is a bit more involved but once the efb is out it will be like the Fenix I guess.

I’m also impressed with the aircraft. It’s much more refined than the A321 and more fun too. Unfortunately I already failed to land in Paro with Druk Air.

I’m in contact with them on Facebook. Their next step, before anything else, will be to put the A321 on the same level of performance of the A319. The A319 is indeed extremely smooth, performs very well. I have good faith in this developer.

They’re new to aircraft development but it seems they’re zoomed in and focused to learn and grow their know-hows in the systems. So who knows how deep and advanced their aircraft would reach with updates. Would be interesting to watch.

Perseverance is key, their airports and world enhancement tools are great. They’ve been in the business for a long time and it looks like they’ve got a hard working determined team.

Currently the avionics don’t work and all screens are black on the IAE variant only.

Starting in runway or cold and dark.

Very frustrating as I’d really like to fly the IAE variant. Hopefully that is fixed soon