When in the A320neo and the nav lights are switched on during night. Only one eye renders the lighting on the tail. 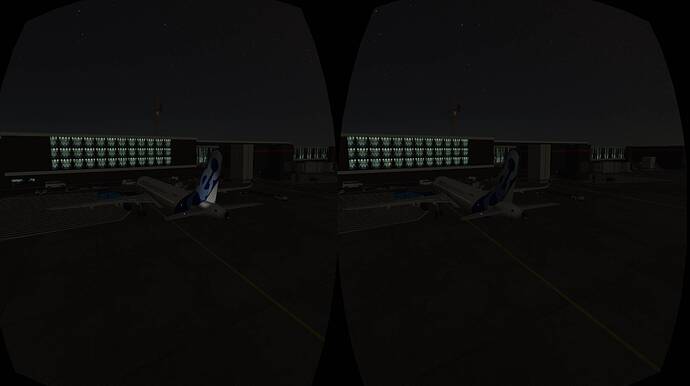 I can see the same bug with the DA40 SBY gauges integral lighting too.

There is a bug that displays a series of opaque planes only in the right eye and changes depending on the angle to which one looks: 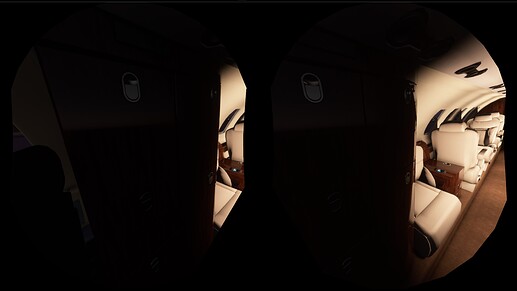 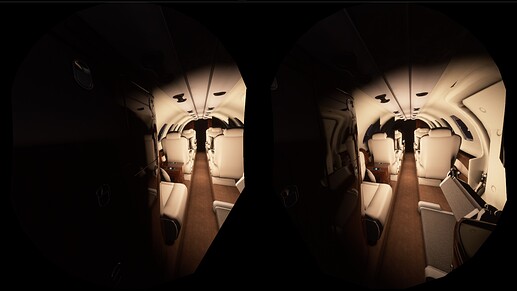 NB: there are other similar bugs with the lights that illuminate the instruments (from memory in the Baron and/or the G36) with different images between the two eyes, and vertical and alternating lighted/darkened bands over analogue gauges at night.

I’ve noticed there are sometimes subtle difference between both eyes reflections and highlights, on trees for example, which makes it harder to focus and/or which makes you thinking you’re not converging your view on the same objects. However the most distracting similar rendering artifact I can see is with lighting, where only 1 eye is rendering it or the 2 eyes are not rendering the same at all:

Is it really a bug or is it single pass rendering? In P3D it’s the case, once stereo is chosen it’s gone, I thought that’s the case in MFS too, but there is just no choice we have.

@BER811
I believe it is a bug in any case because it shouldn’t cut shadows or lights whatever the stereo rendering technique.

To me it is something else and most likely a few basic shader uniforms not updated properly for the right eye render pass (see this post with screenshots):