I know that you have to use ailerons

Ok, here we are with my tests that unquestionably show that when there’s crosswind, MSFS physics is severely flawed, despite the real pilots above are stating the opposite.

All tests were conducted using the same pattern: aircraft ready for takeoff on runway 36 at LIML (CRS 355), weather was set to clear skies and I manually set a wind layer at ground level from 270 degress with intensity depending on the aircraft, but always the maximum crosswind component declared by the manufacturer.

Let’s start with the C172: 15 knots crosswind (maximum declared by the manufacturer). The C172 can still be controlled, but the controller input is still too much to keep the aircraft on the centerline. 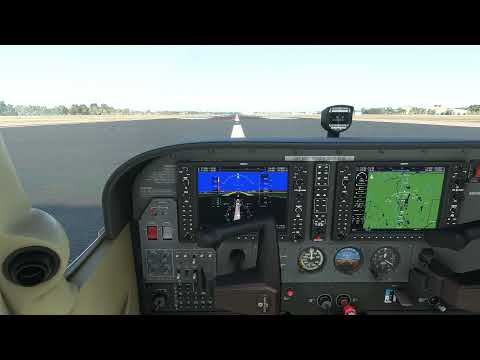 Now TBM930: 20 knots crosswind (maximum declared by the manufacturer). Same as the C172 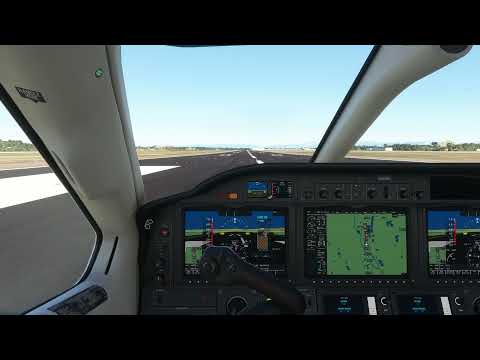 Now the CJ4: 25 knots crosswind (maximum declared by the manufacturer). I made test with and without WT mod: you can see the result by yourselves. The difference is very subtle and the aircraft veers off the runway dangerously in both cases. Completely unrealistic. 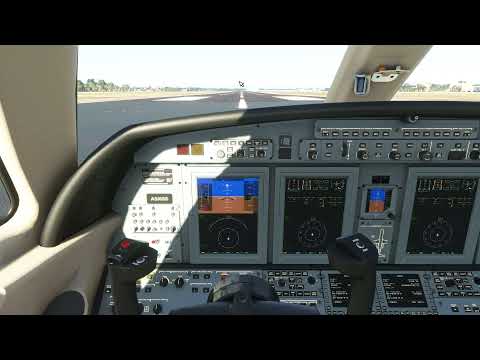 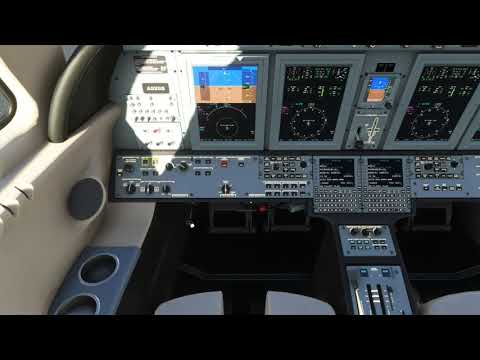 I share Jinos17’s opinion. Something is going on, and aileron imput seems more important than ever, maybe even more than the rudder.

However, I must admit I am no PPL holder since 1970, so my views may be more open-minded.
I for one find it strange that it is almost impossible to takeoff with some planes, while other have no problem with the maximum xwind component. Aviation usually incorporates big margins in limits, it’s not like landing at or slightly above the maximum xwind limit wil cause the plane to fold.

I was able to do some max xwind tests this afternoon in the WT CJ4. Short version: not easy and never possible to fully track centreline to Vr - but with some practice, some marginally acceptable (to me) take-offs were achieved (and a bunch of horrible ones).

I ran about 20 iterations or so.

With no torque, slipstream or P-factor (or PIOs) to contend with, Weathervaning seemed to be the main effect here [Edit: or more correctly the reduction in opposing contact friction with increasing lift] . With the extra 2 degrees, I felt like I had more than enough rudder authority, even at lower speeds when the rudder was less effective (and it made nosewheel steering a bit twitchy, even with rudder set at 50% sensitivity and 20% reactivity). Yet it could never fully counter the effects of the weathervaning. Nevertheless, I would definitely recommend adding this for the CJ4. A lower setting of 1 to 1-5 may be more optimal and it will help until whatever the root issue is is addressed. As for the root issue, I don’t think it’s anything massive or totally fundamental that needs changed, perhaps some transitional states [friction] smoothed out - a CL take off nearly felt possible.

And finally, I did record all of this, but for some reason GeoForce decided to record the other screen. Sigh.

The issue is not just crosswind on takeoff or landing. It’s really bad flight physics in general. Asobo sold this sim with realistic flight models it feels like the same FSX flight model on rails.

Actually that’s exactly the opposite: in FSX you could takeoff or land with 30 knots crosswind with little input on the controls and it was quite easy.

In MSFS it’s too difficult compared to what it should be: even at well below maximum demonstrated crosswind component, you are putting so much input on rudder and ailerons.

Agreed!! the fact remains that there is a serious issue with flight dynamics.

As I don’t own any of the payware aircraft available for MSFS, does anyone know if some of them has managed to get rid of this behaviour?

Try it with the Flybywire A32NX, which is freeware, not payware.

No, thanks I don’t want to lose my time downloading and trying mods that I’m not interested in.

I want to just know people opinions, if it’s somehow possible to make an aircraft which doesn’t have this erratic behaviour.

The answer is yes.

I have the same issue. Let me show you a short video showing what’s going on during take-off with the wind from the right side.

It’s next to impossible to fly GA with it. I completely understand there’s stuff like torque effect or wind affecting a light aircraft but let’s be honest, not to that degree. Also, bear in mind, most users do not have this problem for some reason so they cannot relate.

I doubt this system takes it into consideration. I could easily replicate the same issue with lighter wind or a different aircraft. It’ll happen regardless.

Yeah, but the C172 can handle maximum 15 knots in theory

That’s the maximum demonstrated, the limit can be lower or higher than that depending on pilot skill and technique as per the POH

And earlier in this thread I demonstrated taking off in a 16 knot 90 degree crosswind, with enough control authority to still pull the nose away from the wind.

The problem is that the effect of the wind on the aircraft seems to be heavily over-exaggerated or just simply inaccurate during take-off and touchdown. See below, 9 knots from the right side with no input. It just drifts away to the right like crazy.

Above 80KIAS weathervaning became suddenly more pronounced (like a ‘kick’- shown quite clearly in the video above). Once an upwind veer became established, this was generally impossible to correct due to intertial forces and would lead to up to 30 degree deviation from CL at Vr. With later iterations, by applying full to near-full rudder authority just before the ‘80kt kick’ (and preventing the veer from becoming established) then interial effects worked more favourably and it was possible to continue to track CL within 5-10 degrees, rotate on the runway and quickly establish a crab to regain centreline.

Thanks for your test. I’ve been fighting the same issue since the beginning. As described by you it appears the effect “kicks in” at a certain speed, rather than the point where wheels leave ground.

Previously I used the takeoff auto-rudder assistance disabling forces with wheels on ground. However in latest update Asobo consolidated disabling all crosswind effects on ground and in the air, which is beyond what I want.

The 2° increased rudder authority didn’t help at my side either, same as aileron application (talking about CJ4 in-sim only). My current workaround is heavily increasing the flight_model.cfg’s Rudder Max Deflection Angle. This isn’t realistic either but let’s me get closer to limits despite the current flight dynamics.

In your videos it appears you are not using any aileron input whatsoever, You cannot control an aircraft in a crosswind using rudder alone. You must hold aileron into the wind and rudder against the wind.

I’m not saying there are not problems with the crosswind behavior of aircraft in MSFS, but you absolutely have to use both rudder and aileron inputs during the takeoff roll,

We can all agree that the crosswind effect is flawed. But you have to perform a meticolous test if you want to prove it: here as other mentioned it too, you are not using any ailerons input.