Allow us to move into the cabin / rear passenger seats?

Totally agree. Im in the King Air 350i now, the cabin looks so good but theres this needless invisible wall blocking access. Why just why?? We should be able to roam free within planes and not have to tweak camera.cfg text files. Come on, that is so FS9 and FSX!

How does the rival X-Plane 11 manage to do this? In the Zibo 737-800 for example you can get up from the Captains seat and stroll all the way to the rear galley! While in flight! But you cannot clip out of the model, it stops at the fuselage.

I hope a future MSFS update will remove these invisible walls.

It’s built into the model, so they’d need to remodel the ‘drone box’

It’s built into the model, so they’d need to remodel the ‘drone box’

Wonder why they went with that system. The visual models are so good, to then opt for that “drone system” is strange.

I think this would be a very cool feature to have for planes with modeled interiors. I’d love to be able to do this with the CJ4.

A glimpse into what it could be, took these the other day with the drone cam. 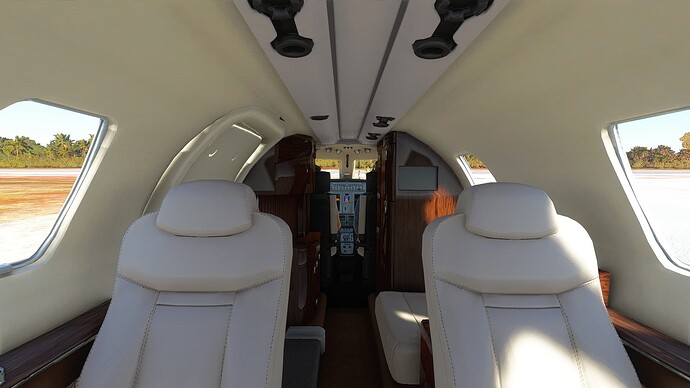 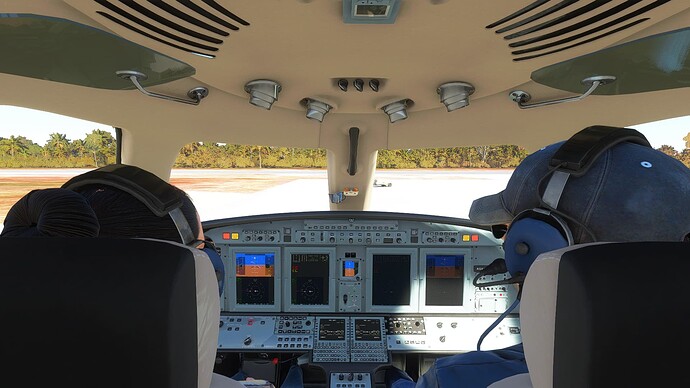 Reading all the concerns which started months ago about the limits of passenger cabin maneuvering , I would assume the designers of these particular crafts with interior viewing limitations would have corrected this by now. It’s virtually 2022. All of those in this section of the forum have been seeking answers but the designers haven’t responded yet with an update to correct the issue. Why ? It has been months. Too long and I am sure a simple fix on their part.

I’d expect that to be fixed when they revisit the models and get the doors to open.

There have been multiple flight craft updates since this particular Post was created. Very slow to all of your needs and concerns I would say.

Multiplayer should support multicrew (not limited to just a first officer either, think flight engineer/navigator/radio operator etc), and that tech would then underpin the ability to have non-interactive participants with you too (think passengers, but even more such as cabin crew).

Then stretch that eventually to skydiving, dropping of loads, waterbombing, lifting of other craft (think Virgin Galactic) etc etc. Aviation is massive, and much much more than one part.

As a start, moving around the cabin, opening doors, and seeing AI models on any occupied seat is really just the beginning.

Hello, as the title say, im requesting to be able to cross the cockpit door to the cabin so xbox players can set their own wing views. I dont think this could take long to change so i hope this could be changed soon. TIA

Did you try using the drone?

It would be so cool to have the cabin of the A320neo modeled and you could walk around in it.

Can I ask why and what benefit it would give you considering the aircraft will be empty….

the boeing 247 has it, you can add passengers as you wish.

And opening doors too !

We were able to move around the airplane and now they took it out. Why?

Citation Longitud cabin passengers is on whish list, but when?
After 10 sim word and sim updates a de Luxe plane don’t have passenres cabin?
INCREDIBLE

Yeah, this would be nice if it was like a “native” sim thing !

Can we make drone camera not float? I am trying to travel in the cabin but camera goes out of the plane all the time

I think it’s more a case of the plane moving rather than the drone.

Fire up the drone on the ground, and you should see no movement.

What you would want is a combination of the external camera mode, which I believe is fixed on your aircraft, and the drone.