Any more thoughts on opening up the encrypted files for default aircraft?

Any progresswith Top wish #16 ?
This wish requests access to “archived” Premium aircraft config files. Personally all I require is the ability to get rid of unwanted ground services from the GA apron when the Baron is use
The Aircraft “owners” can be assured there is no wish from this Pilot to “mess with” their aircraft.

I voted for your request. That said, there is one way you can remove at least the pushback operator from your parking spot, but it requires using Airport Design Editor. If you reassign the parking spot to a military designation (military jet or cargo plane) then there will be no pushback operator assigned. AFAIK there is no other impact from doing this.

I know it requires using an outside application and changing files and you may not want to do this, and I respect that. I’m just offering this as an option if you or someone else wants to try.

I think the reason is not messing with the aircraft but illegally uploading it. Without the encryption, premium aircraft and Carenado aircraft could be easily pirated. That’s why the normal stock planes like C152 are not encrypted

Once again, those asking are NOT asking for all DRM (encryption) to be removed , so the plane can be Pirated. !!

Only the cfg files, so the plane can be modded/fixed/customized.

The Model etc, still stays encrypted, so the plane can only run in OFFICIAL, and thus cannot be pirated or passed on to others, but the .cfg files are visible, so they can be Modded by a mod in the Community folder.

Its a COMPROMISE, that keeps both Devs still protected from Piracy, but allows some slight Modification by Owners who have purchased the plane.

Another option, if selective encryption is not an option ( by MS / Asobo) is to provide the .cfg file separately, either in the plane’s Documention, or on the developer’s website.

In my experience (in the UK at least) ground services are not provided on the GA apron. Marshalling is occasionally provided on busy GA airfields on an ad hoc basis
(for fly-ins,airshows etc). but are too expensive to be a basic facility. Visiting pilots expect minimum landing fees and the GA airfields compete to attract visiting aircraft, for commercial reasons.
Ground Services are AIRPORT facilities. and I find it slightly bizarre that ground services are “hooked” to an aircraft configuration rather than an Airport. But there it is…thats the way its done in MSFS.
In reality all UK public Airfields have a fuelling point…its a prime revenue earner an a major reason for touring pilots to call in…not all private airfields provide fuel but the Pilots Touring Guide lists the facilities at every active airfield. I have never seen a tanker service on a GA apron. In MSFS the tanker often goes through ground objects…and even the users aircraft.!
In MSFS GA marshals and that silly pushback cart are (for me) annoying distractions that more often than not just get in the way.

I just always start at a fuel box…that gets rid of the pushback trolley. Problem arises when there is no Fuel Box…then I will run it over…for fun ! 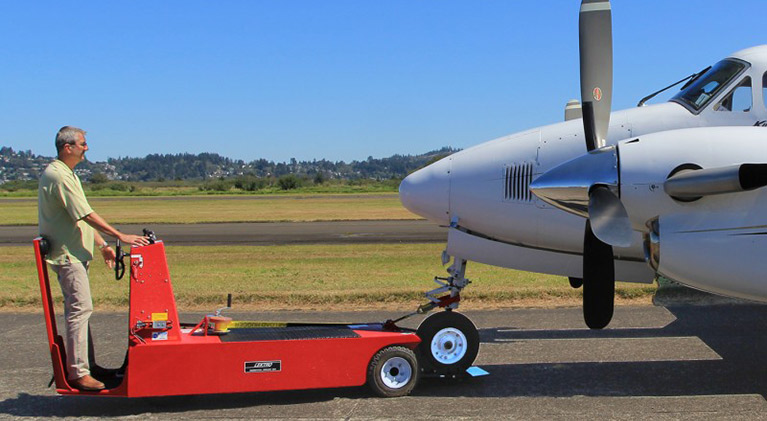 Similar to the Tow carts in MSFS ? The Lekyto-83

At turweston the fuel used to drive to you, not sure if its still like that.
Also the marshalls in the sim, not one of them on their phone, so that’s obviously wrong. And in the uk sunglasses not required 99pc of the time.