Anyone able to load FS today? Xbox down?

Went to start FS…Took longer than normal to load and when it did, it’s stuck where it would normally check for updates…but nothing. Restarted and the same thing but then I got a “not connected to internet” xbox message…Which is odd since I’m browsing just fine…Maybe xbox services are having issues at the moment…?

Same thing for me…

Same thing for me, Xbox Network is not connecting.

Same for me. Xbox Live “Your not connected to the Internet” which is wrong I am sending this message via the internet.

You would think that Xbox would make an announcement?

Its not confined to Xbox - I have the same issue.

I don’t think the servers are down. I was getting an error about not being able to sync to the cloud. I assumed that it was a problem with my xbox account, but when I checked my xbox app, I couldn’t sign in. I couldn’t sign into mine. I had to do this:

The path isn’t exactly right, but I found the XboxIdentityProvider directory and then located the cache and acount folders, deleted them and was able to sign in. Then I was able to load MSFS as expected.

Now at least I get this… 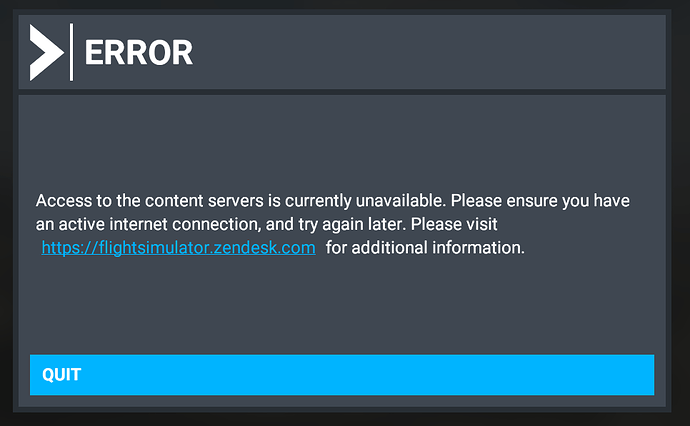 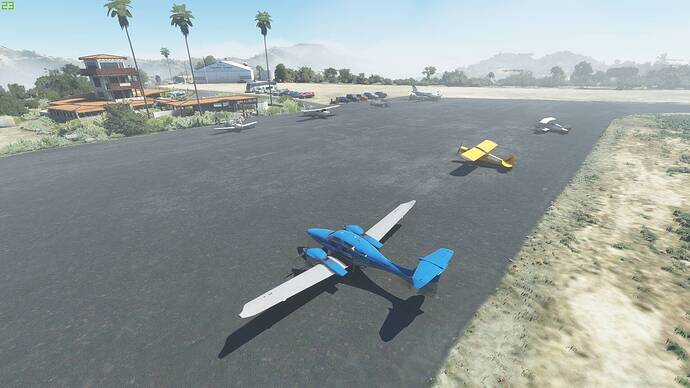 Forza Horizon 4 has apparently been down since Monday though… 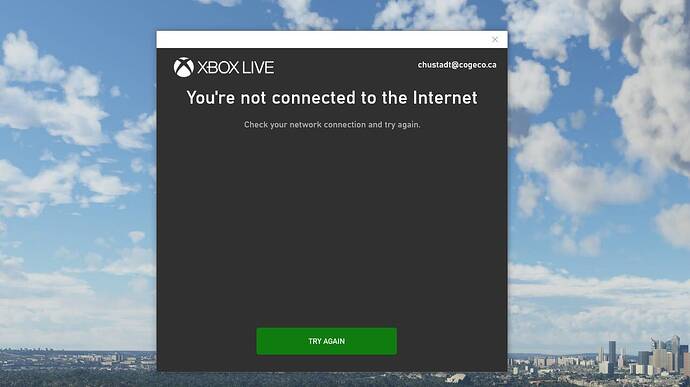 I had the same issue, I had to resync my time it was off for some reason. Then sign out of my Xbox app, start MSFS2020, sign into my Xbox account and then it finally worked. It prompted me to do a small update as well.

works for me too. many thanks @sundaygloom