Are the Bush trips fixed?

Did the bush trips get fixed ? Anyone?

Just downloaded new Game of the Year update and bush trips are only partially fixed. Now the Nevada bush trip does show the airport names again which is good but that trip and a few others (all the original 3 and 2 newer ones), do not save progress still. The update fixed the advancement problem, but no matter how many legs you finish, it still says zero percent completed for that particular bush trip. So it does move you forward to the next leg, but still does not register any percent complete …

Iceland is now saving my progress. I haven’t tried any others on SU7. I had already completed Alaska and Nevada before SU6 broke everything.

No they are not, sadly. We have to wait for next year maybe…

Thanks Frank and others , Not sure about all this , I have been doing the Balkans one. It seems to be working. It seems to be advancing ok with legs checked off . And getting a percentage completed . Also a percentage totally completed . Wonder if it depends which one you do ? AS BigCow74 says it seems to be saving his Iceland one ,
I started doing the Balkans one off line . That was before I discovered that this may have been partially fixed, Wonder if it’ll make any difference? I guess only one way to find out , This 2020 is the wierdest , most confusing , stupid thing I’ve ever dealt with . 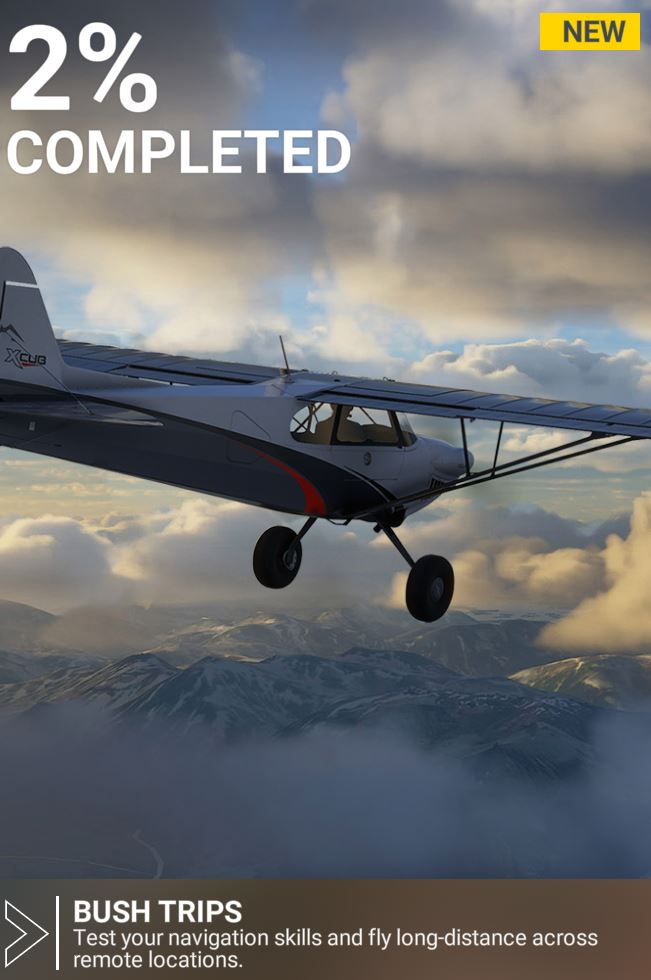 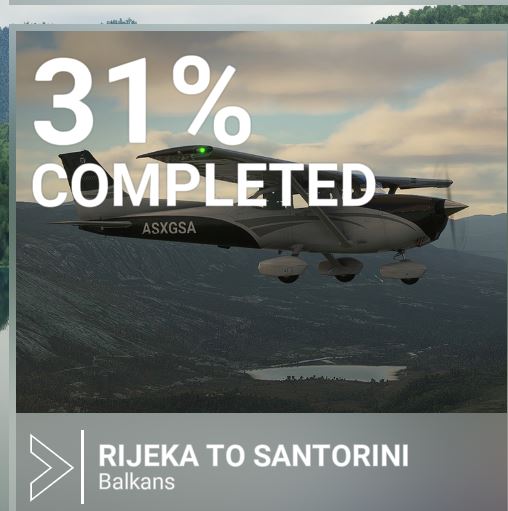 From what I remember, Martial was saying one part was fixed for tomorrow, but there are a lot of bugs in Bush Trips they are still working through.

They’re working on it.

I could not run the bush flights in the community folder as they did not show up on the list, however, only the official bush flights are listed, and the on there maps the POIs are missing. I uninstalled MS and after reinstalling it, nothing changed. MSFS would still would not recognize any bush flights in the community folder and didn’t correct the issues with the official flights. Anyone have any ideas how I can correct the problem. It’s incredible that the same issues exist after reinstalling the program.

What’s incredible is that there are SO MANY issues . I have a good idea why , but can’t say as I’d likely be booted out the back door for saying it.

The Alaska Bush Trip is working for me on Xbox – SU7!

It has been saving my progress and the % properly reflected on the Activities → Bush Trip tile(s).

I’ve only encountered the minor known bush trip bugs (knock on wood): the refuel issue (requires key bindings) and the empty NavLog (although the fix seems to no longer require re-doing the previous leg). See my post in this other thread about the empty NavLog fix.

Little doubt, but MS being inept and inert about software issues is not unusual.

I could be wrong but I don’t think it’s MS . I think it’s the other one . Starts with the letter A

WOOO HOOO . Completed the Balkans Bush trip and got the prize 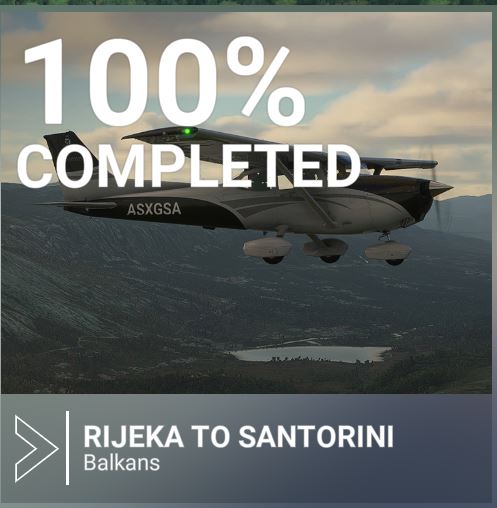 Yes! For me progress has been working now since SU7. 100 % Alps and a good bit of Patagonia and Balkan trip so far. Very happy about this.

Lol I just completed the Nevada trip for the first time. Got the Achievement but it’s only listed as 96% complete.

Congrats! I started Balkans today after finishing Nevada. What’s your favorite of the ones you’ve played so far?

Had submitted a question to that ^&^%^&&*^^^ Zendesk about a week ago , Finally got an answer back today .This is what they said.

We confirm that the following information is not recorded or tracked while playing with dev mode enabled or when using add-ons (including liveries):
• Statistics
• Achievements
• Logbook entries
• Bushtrips legs

What do you think of that ?

mrshantiman and Broseph4245 … Did you guys have anything in the community folder when you done those trips?

Before all hell broke loose after update 5 or 6 , I had completed a few of the trips . To me they were ok but a little boring . Even tho they were from different parts of the world they seemed to be basically all the same,
Actually I am doing an addon right now from Flightsim.to called "Follow the Colorado River upstream "
It is quite long but is quite interesting with some really nice scenery , and the guy gives quite a bit of interesting information along the way.

Have asked this of a couple before but no reply from them . So I’ll throw it out to anyone . Has anyone done any of the default Bush trips lately with any addons in their community folder , And if so did you have any success finishing any of the default trips ?