Are we going backwards?

Where’s the location and what do i need to do? wanna give it a shot, think my system can handle it.

They look a bit better, but the color banding is there
Here are 4 screenshots from SU5 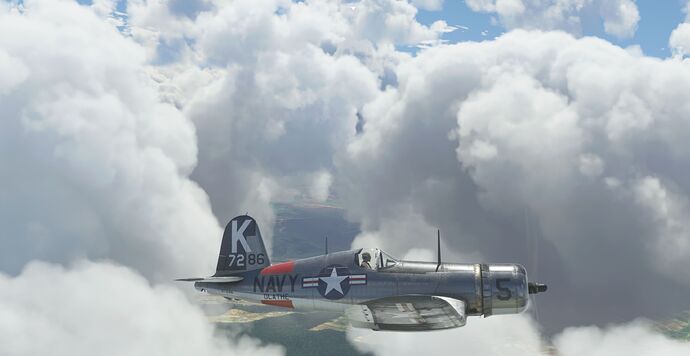 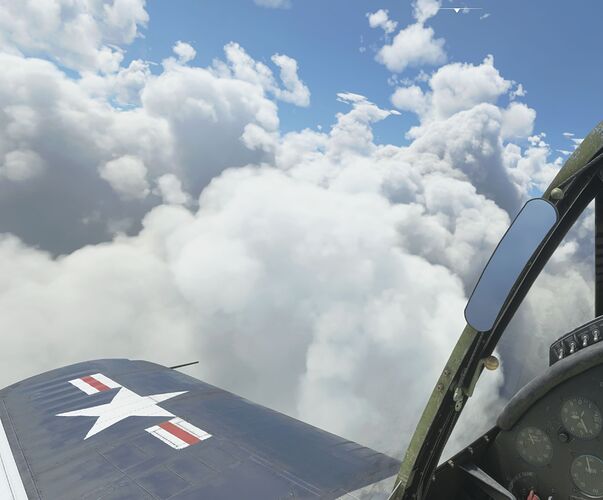 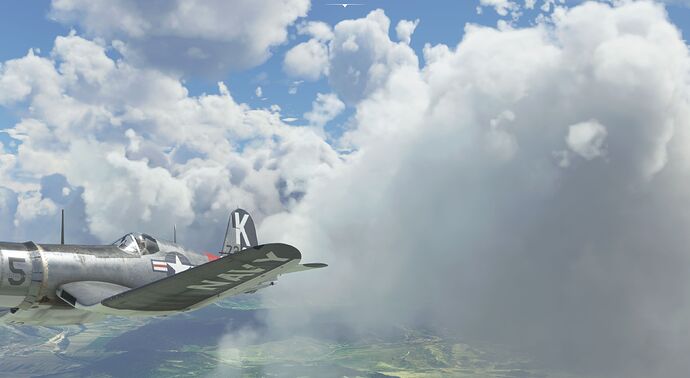 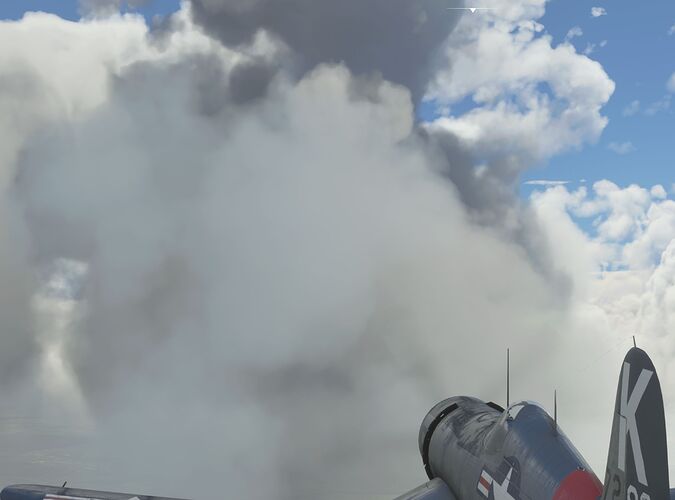 And here, another 3 screenshots from SU4

The ones from the SU5 look more green - magenta

Will give it a try, I am looking and assuming it’s the LOD terrain factor I need to increase…currently at 1.

A few more frames but to this expense of visuals.
Visuals are hideous in these releases. I was so shocked that frankly, I tried first to set my screen to better settings since I was hoping the issue came from my monitor.
But honestly, it does not.

I was looking at previous answers, and something is definitely odd with the visuals now after SU5 update.
It is like the contrast and shadows are completely gone. It is especially visible in dense weather settings. Everything is vivid and shiny…

Amongst those poorly-rendered visuals, I have the usual collections of:

I have been buying the sim day one, always was a hardcore simmer since FS98 and I must say this update takes the cake.
It is the culminating point of a ridiculous way of imposing updates which were never tested beforehand.

SHAME on you guys.
And I wish the best to the 3rd-party developers that must bear with your incompetence and non-sense.

changing the LOD does very little to almost nothing for me personally, just introduces stutters. Perhaps others have had more success. Luckily I haven’t experienced the CTD issues so many are experiencing, those guys and gals all deserve medals for lasting two days without a functional flight sim

So many have already mentioned the issues, for me personally something is just amiss. I decided to do my usual FACT - FALE flight just to see how the update affected the experience, I then proceeded to do all my routes which I previously recorded which did take some time. After comparing a few videos and screenshots, looking at the differences between not just SU4, but all Sim updates prior, I was quite amazed at the staggering differences. First they took away our lovely night lighting, then the LOD got progressively worse, alot worse! and now they took away what I believe were the only two good things left, the beautiful clouds and the spectacular lighting, that’s what I couldn’t quite figure out, the lighting has been redone somehow, early noon looks hazy, those stunning orange glows we had at sunset have been way toned down and sunrises aren’t as spectacular.

The list of issues incl. Night Lighting (which should have been fixed ages ago with those ridiculous sepia masks) goes on and on, now with cloud degradation, lighting degradation (oh let’s not forget the ridiculous lightning that blasts across the sky on a splendid sunny day) even the ocean textures from altitude are gone. I’m too tired to raise another ticket and vote, I honestly just surrender and for those that are happy with the update, I wish that I could share your optimism, for the rest happy flying and I hope all your issues are resolved in the not too far future.

Some examples of what I am saying: do focus on the colors, the sharpening of borders, the textures rendering, and most importantly the general feeling of contrast/shadows. On my screen, with HDR, it’s even more awful.
It’s raw data: no post-processing by Nvidia or anything. So it is “out-of-the-box” screenshot without edition. 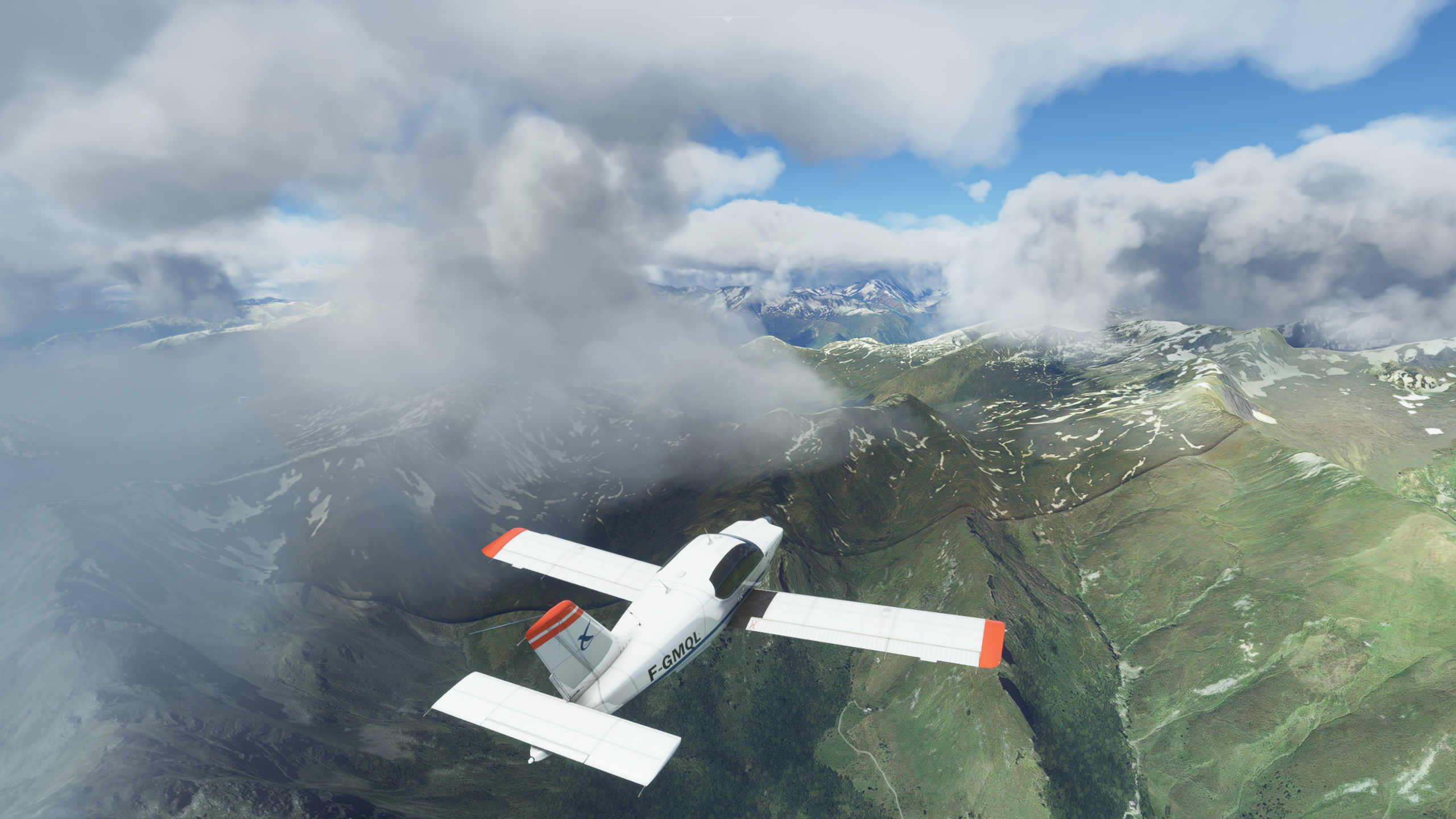 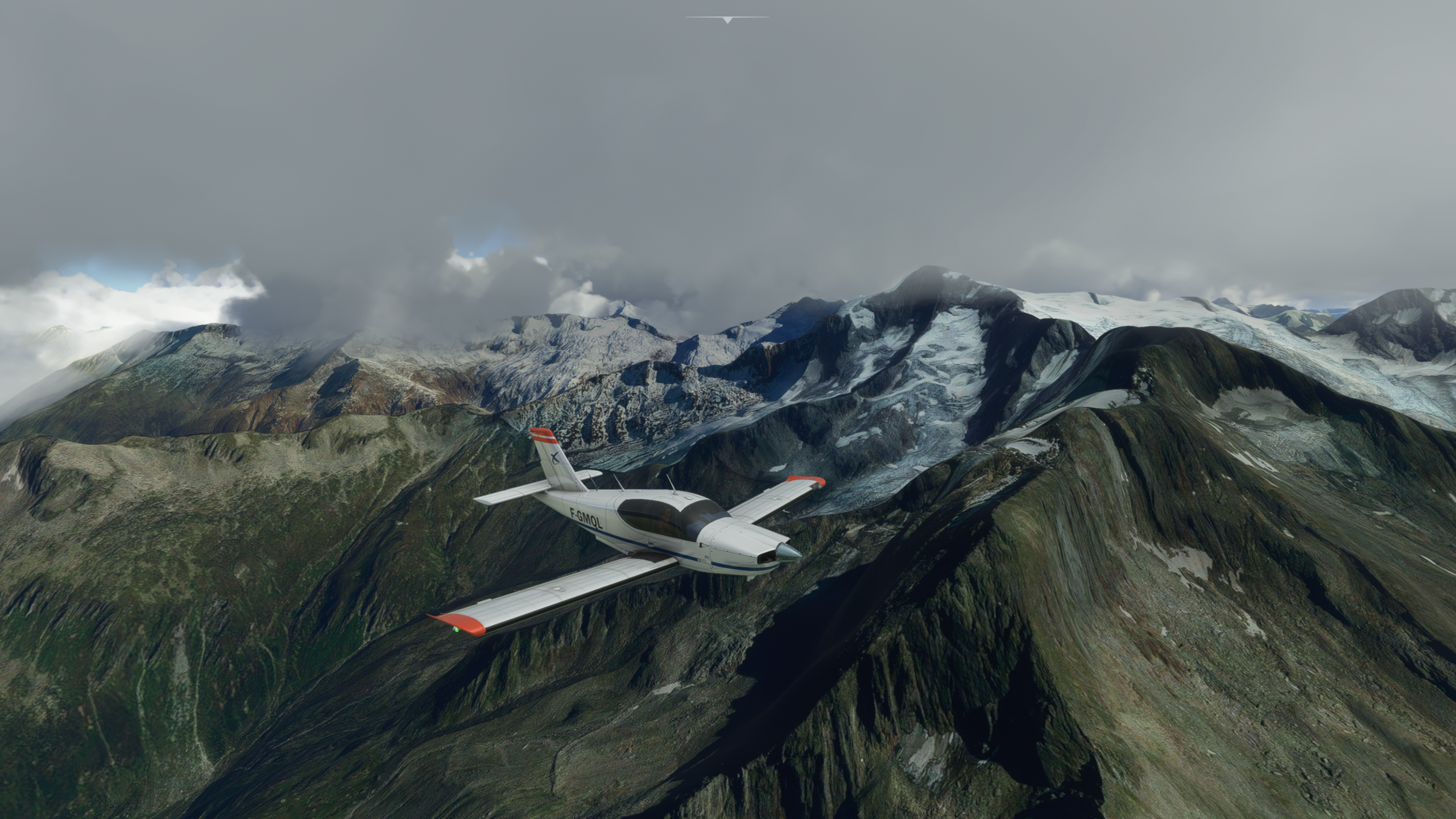 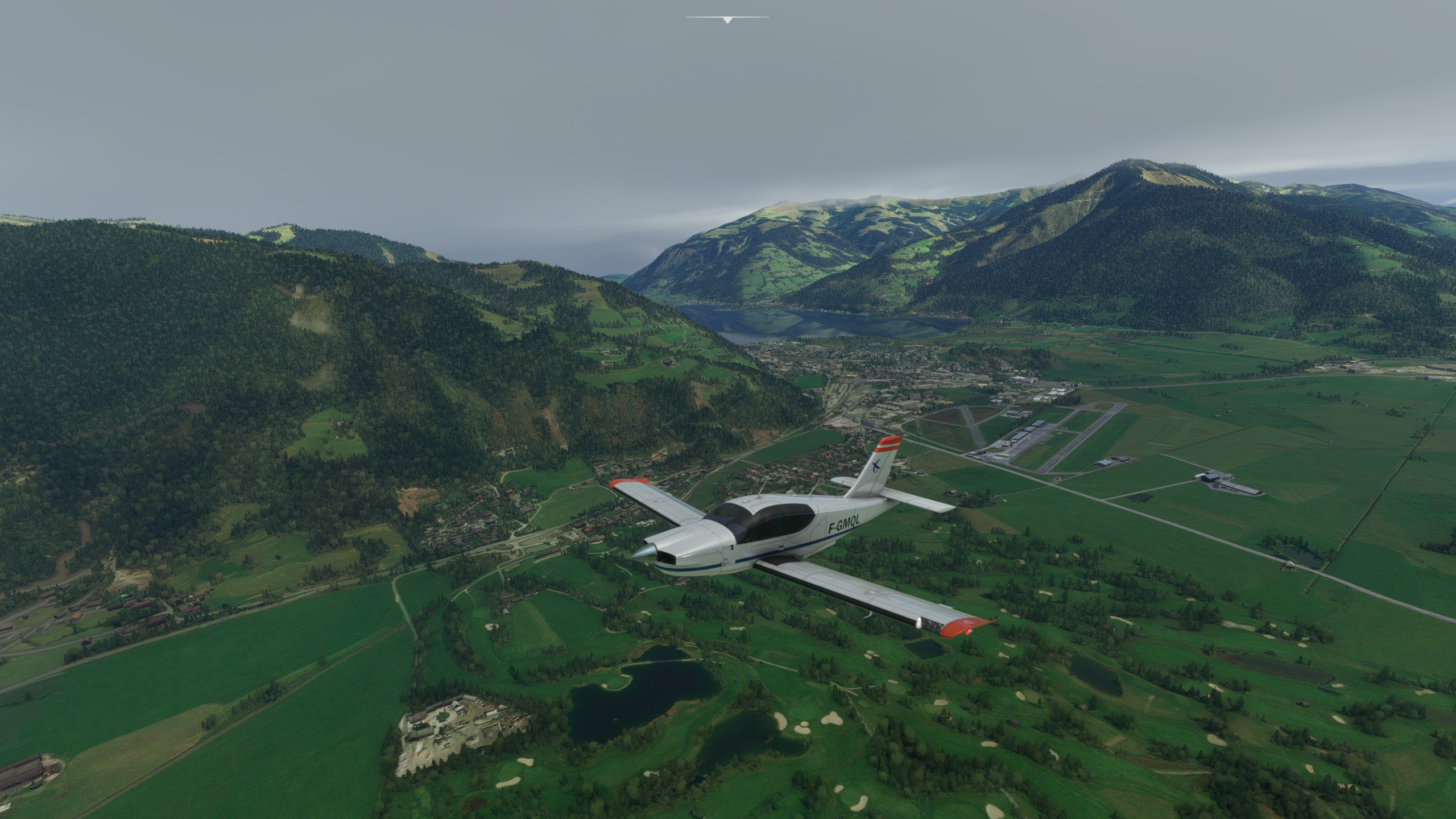 At some point, I felt like I was flying FS9/FSX when shadow rendering was not even post-processed by GPUs. What a sadness to see how you ruined what was to days ago the greatest and most promising sim.

I have spent the last 2 days trying to get this game working after the latest update. At this point I am extremely frustrated with MSFS. Two whole days and I still have not gotten off the ground. I have a list of issues that were introduced with this latest “upgrade.” I have an almost top of the line computer and MSFS is broken. This game just keeps getting worse with every update. I am so frustrated I went back and flew FS9 this afternoon on my old computer. With all of my addons like Active Sky and Radar Contact as well as scenery enhancements it was a dream to fly. No having to try and figure out why this or that has been broken with the last update. It just flew perfectly. It was actually a very nice change after dealing with MSFS the past two days. My blood pressure is certainly much lower now.

It’s just frustrating when you have things working well and then an update comes along and requires you to stuff around with setting and the software instea of getting on with flying the plane. 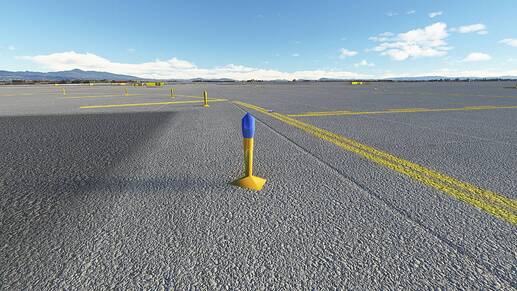 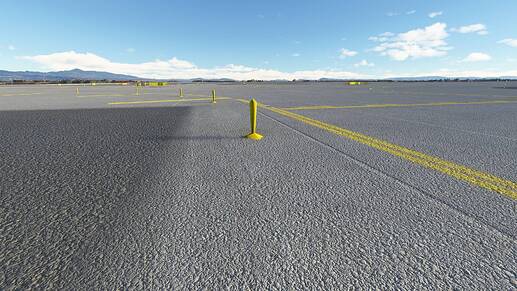 This one is an odd optimization as well. From like 5 feet it has blue on it, from anythign further back it doesn’t appear.

To anyone being driven insane by the ridiculous white dot, please vote away on this wishlist item:

First of all thanks for SU5, i have been waiting & expecting this improvement since August 2020. Solved nearly all my problems with the sim. I understand the logic for all those UI elements for XBOX since it’s users use controller. I am not questioning the benefit of this white dot for XBOX users, just my opinion it should stay optional for PC users. Even though i checked all these newly added options, I was not able to turn it off successfully. Is there a possibility that we can have an optio…

What is “the white dot”? I read the linked posts and have nothing like that in the VC of any default or add-on aircraft post-SU5.

Are we going backwards?

You’re not using a gamepad/controller ?

I have an X-Box controller which I use only to control the drone. (All other controller assignments are unbound). I use a yoke, pedals and throttle quadrant for my primary flight controls.

Doesn’t apply to you then. Try using the controller in the cockpit and you’ll see what it’s about.

Thanks. I just found the main thread discussing this.

There is a lot of popping in of scenery / photogrammetry and increasing detail as you fly popping in within just a few miles of the aircraft. You can see where PG cuts off. I was flying in the Phoenix area and you could see clear cut lines where the scenery was flat just a few miles from my plane. As I fly, it loads the next ‘block’ or square of scenery. Performance is great, very smooth, but the popping in of scenery and details that didn’t exist before this update is pretty bad.

And while smooth and stutter free, the sim freezes for a few seconds to 30 seconds randomly and then unfreezes and is fine again for a while. Its like someone pressed ‘pause’ and everything locks up. Seems to happen more in the settings menu but has happened when flying. Once and a while it freezes and stays frozen and I have to quit and restart the program. Hopefully they have some patches for these issues coming soon.

Fully agree with your words, mainly…“Asobo nerfed the sim to squeeze it on the Xbox, causing those with decent gaming PCs to suffer. The state of the sim today is at the lowest it has ever been, in my opinion.”.
I have a I9-10900K 32GM RAM 3080 GPU and now after 1 year since the release I have tons of CTD for the first time.

Yes besides all the troubles I’m having with the sim and i’ve already talked about it in this post I also have this problem with the sim freezing sometimes for 1 or 2 seconds and most commonly for 20+ seconds especially when im leaving cruise level after hours of flight. Tbh im having this issue since SU4.