New headset I am looking at supporting there kickstarter that starts tomorrow (Dec 14th).

I currently have a Vive Pro 2 with Valve Index controllers so with the Tracker module for the Arpara hope to get the same kind of tracking I have now. Time will tell as they say they will be shipping Feb. 2022.

I backed the Tundra Tracker with there kickstarter and happy with what they have done so hope for the same. 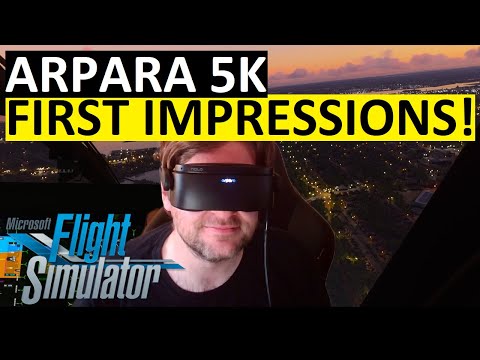 Here’s a vid from arpara (wish it was from someone independent, but better than nothing) demonstrating the AIO:

Here’s a vid of someone (independent?) demonstrating the base station tracking module for the tethered version: 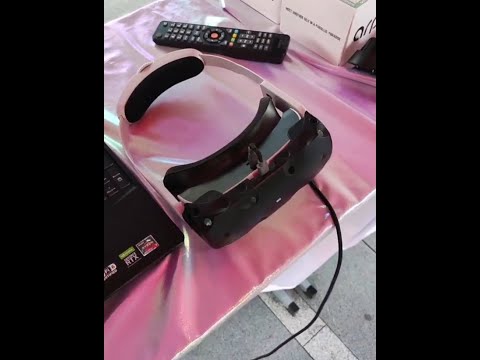 So there is japanese kickstarter for this: トラッカーに使用する素材のカラー変更に関するお知らせ - CAMPFIRE (キャンプファイヤー)

But is it still open? Cant figure it out. That first offer is only 638e with lightshouse tracker and 1.4dp cable.

There’s this
https://www.kickstarter.com/projects/969477673/arpara-worlds-first-5k-micro-oled-all-in-one-vr-headset
Which goes live at 3pm UK time.

So are they far better than g2 i allready have?

According to what ive seen its better yes, “far” better i don’t know but i doubt it. Steve in the vid says its better than the G2, others have said the same. The numbers are 1100 vs 3500 ppi and 24 vs 32 ppd for G2 and arpara respectively.

When more reviewers get the Tracker module and the updated DP 1.4 cable then we be able to see some fair comparisons.

Ive backed the all in one.

Cant figure out do you need to buy seperate base stations like the one with HTC and does it run trough Steam or ?

I have base stations and Valve Index controllers which will be needed to use the tracker module.

I already have a Valve Index HMD and a Vive Pro 2 that I have been using with the Index controllers that require base stations to work.

Theres 2 versions, an All In One and a tethered. The AIO doesn’t need external base stations, it has cameras built in like the quest 2 (its basically a quest 2 clone but with a better display).
It does run through SteamVR yes.

Perfect, thanks for the information !

So i need Valve Controllers or HTC VIVE controllers and base station? It is extra 300-400$ here for me, so it is a game breaker for me. Or do i only need controllers if i chooce to buy AIO version?

The AIO version has controllers with it and tracking cameras built in (called inside out tracking). The tethered version requires base stations and controllers. They both use SteamVR.

And AIO version is fully combatible with nvidia graphics card?

Yes, good point. They are incompatible with AMD gpu’s.

That SteamVR is little bit consenring, because i am very satisfied with developing of OpenXR (for example NIS allready implemted and Leap Motion coming there in future (allready working with early alpha).

The Arpara is a SteamVR headset but uses OpenXR to talk to MSFS like my Vive Pro 2 does.

Great. So is there someone else, that are going with Arpara to replace G2? Or should i wait some comparison reviews first?

A few weeks back the Arpara web site had a $1 pre-order thing for the headset at $399. Now they are doing a kick starter, hmm.