Are these two aircraft still on track for a mid 2022 release from Asobo. They were announced at the same time as the Top Rudder Solo 103. I would really love to see that ATR 42-600 in sim.

Edited post to use the wayback machine to show the image that was no longer available on the web from the original posting.

Here is the response to that question from the last Q&A session:

ATR 42-600 / 72-600 - Timestamp
Jorg -
Hans [Hartmann] is working directly with Asobo on the ATR 42- and 72-600. Making great progress. I think we will have him here maybe next time. I think it would be good to get an update. It’s our expert-level plane. It’s going to take a while to get it done to get it done, but progress is really good.

I have my eyes on this one:

This is going to be a hard choice to pick between.
Hans Hartmann has an excellent reputation from the Digital Aviaton Fokkers through Aerosoft with the CRJ series and now the ATR.
On the other hand you have Milziv with its reputation for building numerous top quality aircraft such as its awesome B737-200, and too many prop aircraft to mention for FSX and its derivatives, and several top notch MSFS products like the Turbo Porter and Corsair.
Not often in flight simming do we get these kind of options.

Sounds great but is there an actual date set? MSFS’s twitter did say it’ll be here in a year, but that’s over a year ago now!

There isn’t a date for the ATR yet. Only that it’s still under development.

Wow I didnt even know about this. Would be awesome to have a stock ATR in the game. Many of the stock planes are really excellent IMO like the Caravan, Citation and TBM and C172.

Its not gonna be a stock plane, you’ll need to buy it from the marketplace.

Ohh okay, thanks for the info. I misunderstood and thought it was gonna be a freeware addon.

Nope, its like the Junkers and Fokker. Asobo is building an ATR, MilViz is building one as well. MilViz is known for quality add-ons, Asobo is not (my opinion) but the guy they are partnering with is. Hard to say which is gonna be better. I have flown the -600 extensively in real life, I will check out both of them!

I have flown the -600 extensively in real life, I will check out both of them!

Your reviews for these digital renditions of this plane will be valuable to us simmers. I hope you will do a YouTube review when they both come out!

One day will have both ATR and Dash 8!
So excited!

Actually, we’re doing both as well.

Thank you. I’d only seen talk of the 72. I prefer the smaller 42 myself and that’s why I was more interested (thinking y’all were only doing the 72) in the Asobo model.

Needs to be clear… we are doing them in two batches… not together. And there’s no set date for release on either of them.

Hope it will come with the Air New Zealand livery.

May be the June surprise in Roadmap ???

Is it a coincidence that Milviz and MSFS are often found to be working on same aircraft? It was the same story with Porter as well.

I think MilViz was already working on the ATR before FS2020 even existed.

This article is already from 2018: 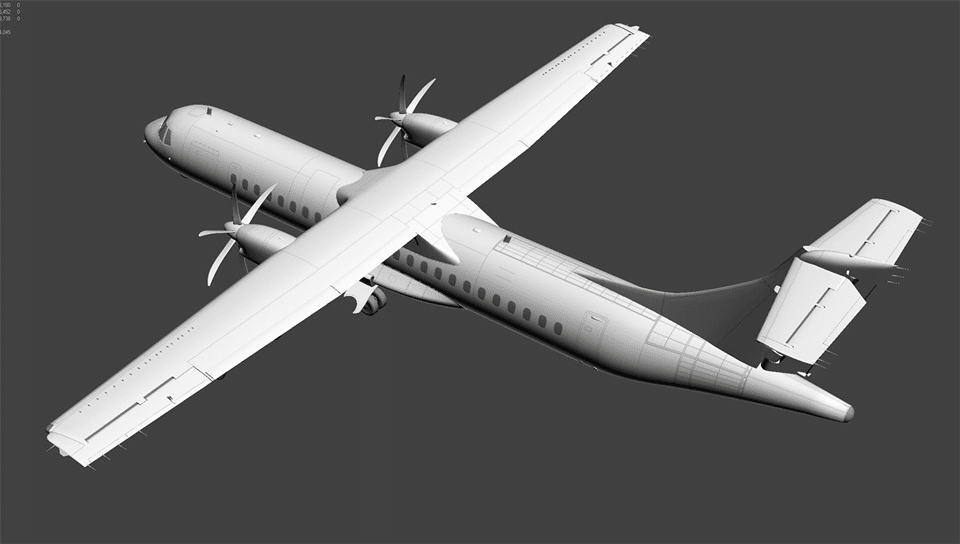