When starting up from cold and dark I get atc then after a few interactions say 20 minutes into flight I don’t hear atc nor anything in the menu except my AI co-pilot talking back this has been happening on all my recent flights in the US
Anyone else having this issue?

Yep. I usually don’t use it but today I did…can’t contact anyone/anything

Yes it’s obviously a bug it starts off ok then silence after 20 minutes, my co-pilot responds on text and speech but nothing from ATC ……… really frustrating

Not really a bug.

Speech synthesis happens online by Azure. Connection issues and server outages can happen. If you switch the ATC voice to offline in settings (Sound) the problem should be solved. Quality is a bit less, though.

Thanks to both of you that replied , I thought it might be something I’ve switched off but have toggled azure text to speech and that doesn’t fix it

I will try that , but isn’t that just turning off the whole ATC experience ?
Not that ATC is great by any means but at least it gives some me immersion

When doing it in the Sound menu, it sets the speech synthesizing service from online (Azure) to offline (Windows Text To Speech service)

Yes thanks now it is coming up in the text box but no sound , thanks anyway , as you say must be a server issue
Thing is though it has only started happening for me anyway, with azure enabled you just here yourself so it must be a new bug
Turning it off it you can see it texting other aircraft but putting it on azure it doesn’t talk to anyone, I have toggled different servers and that doesn’t solve it,
Looks like it won’t get fixed till The next sim update

If anyone does switch to offline TTS, make sure you have the Windows US English language pack installed first.

Yes I have that and that works but it’s pointless if you can’t hear ATC talk to you or other aircraft
I’m not sure if it’s because I’m flying in the US as before flying in Europe I don’t get this
Having said that I haven’t flown in Europe for a few days so don’t know if that makes a difference??? Will have to check
Plus using FBW development mod 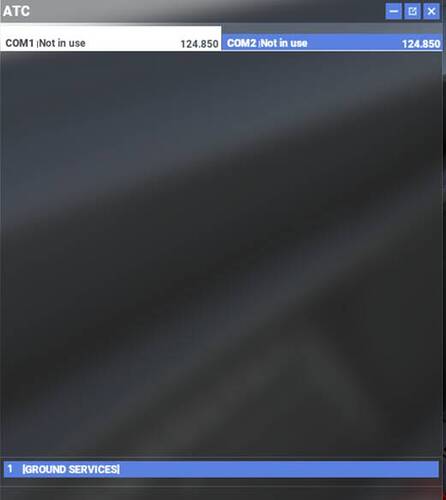 It’s as if I have no com radios. If I click on Ground it says, Back to Clearance.
Not sure what else i can do

I thought that this issue had been resolved, I was having the same problem before WU6 but unless I’m lucky the issue has now gone for me?

Restart the flight Friday from scratch ….you can try that
I’m not having this happen as if I turn off azure I see all atc communication but I cannot hear it

If I put on azure, I can hear atc for the first 20mins of a flight then it goes blank , my copilot talks to atc and reads back messages in voice and text but atc says nothing and no text

Ridiculous situation, but it’s just one bug after another with this sim

It’s nothing to do with internet connectivity, it used to work fine before the recent update, it now doesn’t.

Yep, I still have the same issue since SU5, WU6 did not fix it either…Siiiiiggghhh !!

I don’t think you’re realizing the severity of the problem here. It’s not just voice services cutting out. You don’t see any ATC commands in your ATC window either. When it’s an Azure issue, even if you don’t get offline voices, you still see ATC comms as text in the ATC window. That’s not the case when this problem strikes.

If you have your copilot handling comms, then you can hear them talk just fine using normal Azure voices, and they seem to be able to “hear” the non-existent ATC.

This is a bigger problem than just Azure and local TTC config.

A another thing what doesnt work. But dont worry world update 7 will be out soon.