We have told them to hold or delay the released. There are tons of threads about it. They didn’t listen. Like i said. They already hit their limit. Making a flight sim is never an easy task. This is exactly the same thing that happened with Aces Studios. But at least back then we had performance issues not basic simulator functionality issues. The fact that worries me devs made so many promises. They said they will listen. They never did. They aren’t doing right now. They worst they can do is flag these posts & close threads after threads.

Don’t get me wrong, I am not defending those flaws. Neither am I happy. But for our own well-being, we should just see this as early access and keep going on their nerves. They do listen, but there’s just so much to do that the impression suggests they don’t.

Honestly, I was able to play sim for a week, and praised it for what it can become, argued against a lot of the negativity on these forums (I can get past bugs within the sim - to be expected to a degree). But for some time now, I can’t load the sim period. It literally will not load past the “TBM loading screen”, despite working with the Zen Desk, running as admin etc. I built a brand new rig well above recommended specs, I have the deluxe premium version, Google Fiber internet, and I can’t even turn the sim on. I am losing my mind…

do you switch computer during this week? or something other changes? I imagine you have already done all the basic and standard dignostic attempt, but sometimes happens to forget something

For the CTD issues, since I talked about these specifically, I went back and returned all control keys to default including the joystick. Then I printed out a reference sheet so I could learn defaults. This is not ideal however I have not had a crash to the desktop since. Others have reported the same success.

Do not under any circumstance plug in or unplug any peripherals or let them go to sleep; this almost always results in a crash later. Hope this helps some of you.

The main misunderstanding between the community and the PR is:
We don’t want it all to be resolved in a week or two, we understand the dev team has priorities.
We just want to know what is going on and what is the roadmap for the next weeks.
What about about liveries, the weak Live traffic, etc…?
This would give the community some meat and would give us the feeling of being in the loop.

When I read these posts it seems the greater the expectation is, the greater the disappointment is … BUT I am flabbergasted to see that there is not even a small congratulation about the great work that was done in terms of software technology, graphsm, weather depiction… I believe that a dev team who is able to reach such a high level of tech will be on the top to solve all these bugs. Don’t forget also that we all are out of e difficult period of lockdown and end of summer holidays… the devs will certainly react and bounce up… Bravo for the work done and please continue to amaze us !!

Great work Asobo you guys are doing a great job during these uncertain times, I am looking forward to this upcoming update and the ones coming in the future.

Many of us who are complaining more loudly have been using the sim for many months, some up to 9 months. We’re past the period of singing praises and we’re concerned about issues that should have been fixed prior to release. We’re every bit as grateful for the new sim as the positive folks though!

So cool they picked my screenshot

Right now it seems that the PR team’s m/o is “always err on the side of giving insufficient information”. Wish they’d do an about-face on this.

We just want to know what is going on and what is the roadmap for the next weeks.

Exactly!!! Things would be sooooooo much less toxic if people had more info and weren’t just left to speculation.

Just at look at my video. See what’s so wrong about it. The AP is completely broken. LNAV doesn’t track a waypoint straight. It always goes sideways. No there was no crosswind. Just look at the ridiculous VR speed. I am going to uninstall it today unless Asobo make it to be even remotely called a simulator. A simulator is not only made to look good. It should feel realistic. Mind you I am flying with CH Eclipse Yoke not keyboard & mouse with all assist turned off. 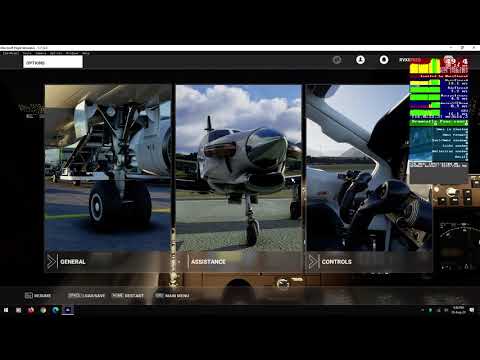 Then track the progress of the bug in the “Zendesk”

That’s not how it works. Zendesk is not an issue tracker. They have a parallel internal issue tracking system, and the “Solved” status in Zendesk just confirms they looked at the report, and added the information from it to their internal system.

After they do that, you will see no further updates about the status on Zendesk. The status of the issue will remain “Solved” from that point onward on Zendesk, even if it’s never really solved. And in my experience it usually takes about a month for them to copy the information from Zendesk to their internal issue tracking system.

That’s why I am very happy about the recent announcement from Jummivana that there will be improvements in collecting feedback from the forums, including the option to upvote bug threads, and that we’ll receive better feedback about the issues the developers are aware of.

Talking about other positive things, not sure if I’ve been lucky or not, but tonight I flown 9 hours in the 747 from Luxembourg towards Rio de Janeiro (wasn’t able to complete the flight due to other bugs), but I didn’t encounter the 225/3 winds once, the winds seemed to work tonight.

Check your control deadspots, there seems to be controller input throughout your video (as I can see the yoke moving), the AP for the 747 is a bit touchy at the moment. Also you have some assist on as you have taxi indication. Is all your co pilot tabs off?

This is very normal for CH Eclipse Yoke. It’s not a controller issue because i can fly just more than fine in other PROPER simulator. The taxi indication is deliberately left on because the taxi signs are just too small for me to read. Co Pilot is also just handles the ATC. Which is meaningless to me because i don’t almost never fly offline(other simulator).

Very sad but it seems the real overall issue is they released it months before it was ready. I’m guessing it was against the wishes of ASOBO but MS got their money and probably really don’t care about the users problems. It’s ASOBO that gets all the blame. I’ve purchased almost every flight simulator ever produced on release since the 1980’s and never remember having any serious issues. Sure the features were more limited but the sims worked and were flyable out of the box. This is very sad for the sim community.

It’s unfortunate for sure. But do a bit of reading here and discord. The blame is heavily skewed towards MS rather than Asobo. And that may be ok. Lots of theories flying around and a lack of comms from devs/publishers isn’t helpful

Anyone know how to get the update to load? I have been looking in Content and see update, restart sim to install, but never does anything. I am not seeing network traffic so it does not appear to be downloading anything. Thanks for any insights.

Content manager bug. It always says to restart for update. Just ignore it.

When the actual update drops, the sim will download it automatically on the next start. You won’t need to do anything special.