Maybe it hasn’t been reported enough to be fixed yet, but KBWI (Baltimore) airport is still missing its main north/south runway 15R/33L. That runway has been there IRL for a long time and for some reason in the sim it’s just pavement with no numbers. Also, it can’t be used for landings or departures either (No SID’s or STAR’s). This means there is only one main runway to use for airliners in the sim, runway 10-28. Also, it still has its outdated layout with the now demolished runway 4/22. I believe that runway was demolished around 2014 or so.

For KBWI being such a large and busy airport in the U.S., I can’t understand how it’s so outdated/messed up in the sim. Anyone else noticed this while flying at KBWI?

15R/33L is one of the main runways at Baltimore-Washington International.

When setting up a flight from KBWI, it’s not possible to choose 15R/33L. Completely missing, isn’t shown on the map at all. Of course, same deal for someone who wants to use one of those runways for an arrival.

It is in the sim, but the Sat images must have been old. It is shown under construction, which it was a while back.

I’ll submit a report with Zendesk.

just a heads up to the dev team. BALTIMORE/WASHINGTON KBWI IS MISSING RUNWAYS 15R/33L

That’s a major runway. Need to add it in. K thx

They won’t get to it unless you file a zen desk ticket. K thx.

As this is my home airport, it was the first thing I noticed!

From the in-sim visuals, it’s obvious that the imaging used to create the airport was a few years old… back when they were doing a MAJOR project on 15R/33L. This major runway was closed for a few months if I remember correctly. The construction is easily seen.

I did submit a ticket via Zendesk but it would be best for each of us to do so. The more attention we can bring to this serious flaw, the more likely it is to get bumped up the priority list.

Yep. The satellite imagery was taken during the construction. Since the airports are based on the sat data, that runway is lost (probably until they do the world update for that region).

Yeah it’s all good man. I just realized it and was like WTF.

Definitely understand. I live in VA and plan on flying in the area on VATSIM, so I hope the world update for this area rolls out soon!

KBWI is missing an active runway that I guess was under construction when the satellite pic was taken. Anyone submitted this to Zendesk?

Hi @johne772 - You have a valid comment on KBWI. Suggest you submit it to ZenDesk, using the “Submit a Request” option on the top menu bar. Select the “Feedback & Feature Requests” category, and be sure to provide as much detail as you can. Thanks.

Yes, I submitted it to Zendesk, but the more reports they get, the better. It would be great if you submit a report as well, and spread the word if you see others commenting on KBWI.

Just noticed that KBWI’s imagery is from about 2 years ago when RWY 33L was under construction, thus only leaving 28/10 and 33R/15L for operations. Any chance this gets fixed?

Yes, please file a bug report to alert the developers to this issue.

Here’s a follow-up request I submitted to Zendesk recently (Request #107166). My original was summited right after the sim launch.

PLEASE NOTE: this is an International Airport and hub for Southwest Airlines. The main runway that gets a LOT of traffic is 33L. It is still completely missing 9 months after release.

Runway 33L/15R is completely missing and runway 4/22 is being displayed in the sim but does NOT exist anymore. This is due to real world changes that were made after the Bing images were captured. What we see in the sim is what KBWI looked like before the major construction/expansion project. In fact, in the sim, we clearly see the construction project at the beginning of 33L.

This is a fairly high volume international airport, a hub for Southwest, and receives a fair amount of cargo traffic from Amazon, FedEx UPS, etc. As such, I would have expected that this would have been addressed by now.

I believe that Live Traffic may be effected by this. During one of the Live Developer Q&A sessions, it was mentioned that if a flight cant be “resolved”, it will not be displayed. Well, 33L doesn’t exist in the sim. If this is a problem, we are losing a LOT of Live Traffic that should be shown going into KBWI on 33L.

I’ve attached a screenshot from the World Map showing the runways in question and a current Airport Diagram for comparison. 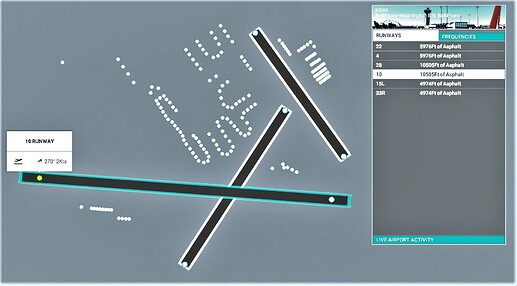 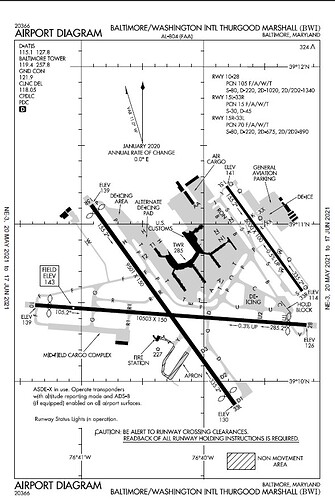 33L fixed by the community in this addon,. Actually required if you fly into/out of KBWI on VatSim because such a screw-up. 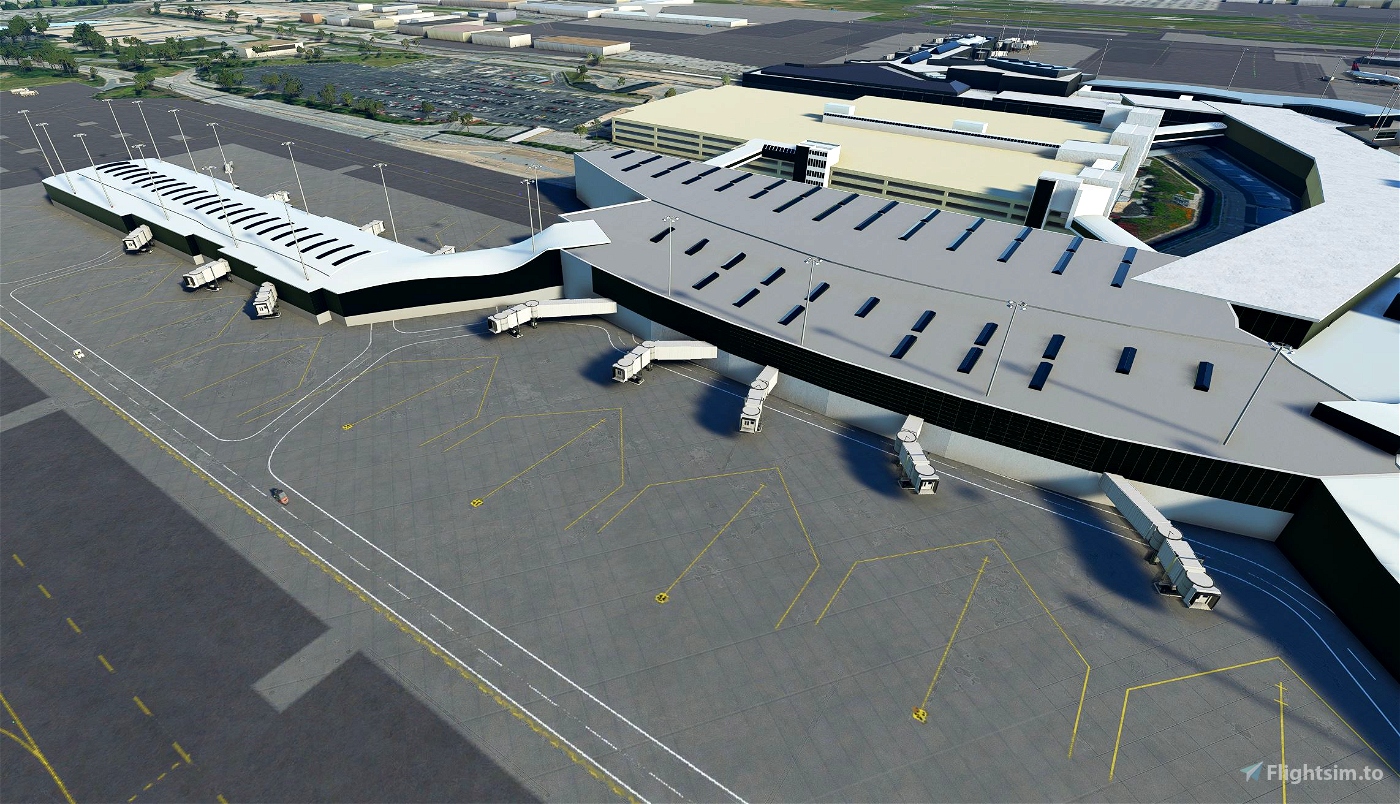 I just had to pull a Harrison Ford because this isn’t fixed yet.

This mod is marked NOT compatible with SU 6,7, 8

As are a lot of mods on flightsim.to. It is up to the developer to mark it as compatible. This does not mean it doesn’t work, it’s just not verified. I have used this without issue on SU7 as it is the latest stable version of the simulator.

Just imagine if there were mods NEEDED for every mountain or every lake…then the fan would be caked.

Anther WU (9) and still not fixed. This is RIDICULOUS!