I have recently downloaded the game and tried to use it with my 10-button USB joystick (a pretty generic Genius model) but when I try to set the bindings the list appears briefly and then goes blank (see screenshot). The sensitivity panel works fine but the joystick does nothing at all in-game, meaning I can’t play it. 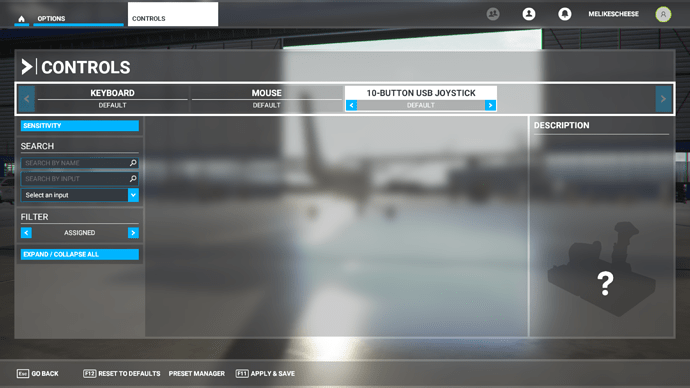 I’ve reported it as a bug officially but was wondering if anybody here had any luck getting generic equipment to work or has experienced this odd bug.

Change your filter from Assigned to All. It may not have a default profile for your device so it didn’t bind anything.

Thanks for the idea! I’ve just tried that and still get nothing in the bindings list. It’s especially strange since the “Select an input” dropdown and the “Sensitivity” panel work as expected. I also tried creating a new profile and that didn’t work either.

Thanks for the help I found a fix.

I installed the original Joystick Driver (it’s quite an old Joystick so this is a Win Vista driver) then uninstalled it, after doing this I restarted my computer and then once I changed my filter from “Assigned” to “All” I now get the binding list as expected (and shown below): 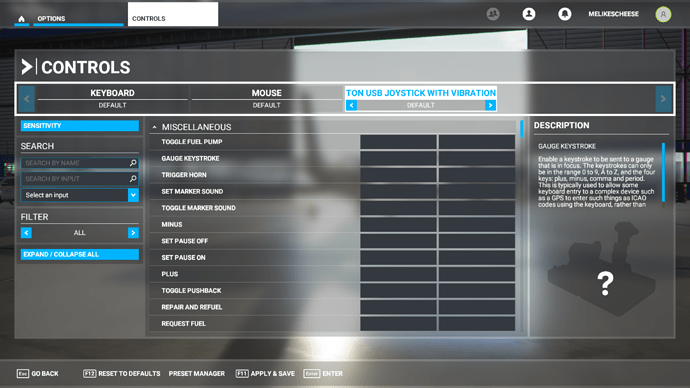 From the point of UI design the “Assigned” filter probably shouldn’t be applied by default if there are no bindings since it just looks like the UI is broken!

From the point of UI design the “Assigned” filter probably shouldn’t be applied by default if there are no bindings since it just looks like the UI is broken!

Agreed. I was going crazy until I noticed that. 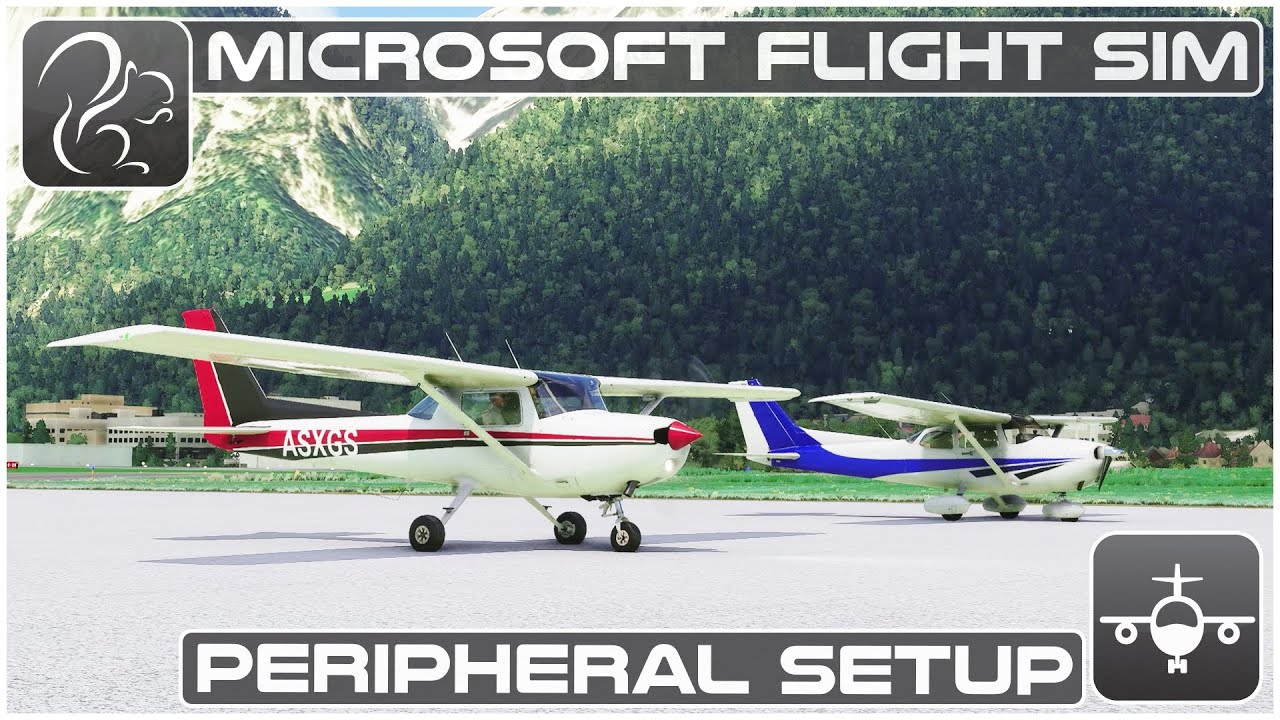 FWIW I had the same issue as the OP where nothing was listed even with filter set to “all”. I don’t recall how it got resolved but I think it worked next time I restarted. (There’s a similar issue where key strokes are ignored while attempting to bind keys - I think restarting MSFS fixed that too. Sigh…)

i have got the same problem with the yoko, shows in the panel but no default bindings or illustration of the yoke

If you type “joy.cpl” into the Windows search bar you should get the USB Controller calibration window which will allow you to set the calibration.

The illustration doesn’t do a thing. I gather you have a blank page with a greyed out picture with a question mark?

I’ll try that thanks

and a blank page with no bindings?

Yes but it shows the virtual fly-yoko up on the controls line along with mouse throttles and rudders. All of which went in ok with preset default bindings

So what is the problem? You cant assign any commands?

Exactly if I try to give the aileron an axis it gives me five options but they never work and the yoke in sim moves very very slightly.

I’m wondering if I’m doing something wrong but I can’t think what. I’ve been up all night trying to figure it out.

Also it keeps telling me after I’ve tried to bind an axis “digital input should be a key or button,”but it’s an axis input