Hello everyone, I live in Naples (Italy) and doing VFR in Campania I noticed that in the Paestum / Agropoli area MSFS2020 is no longer able to load Bing maps making the experience much less realistic. Could anyone do some tests? I don’t know if it’s my problem or Microsoft’s … 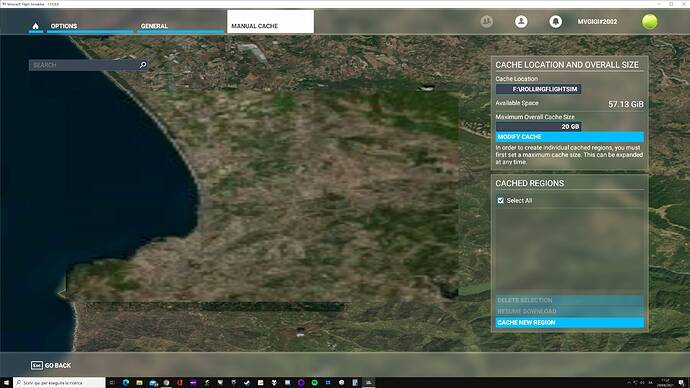 Thank you very much

I just did a little flight over this area to check your assesment. Here are the images of Agripoli region from bing map:

From the northen part of this area, it seems okay: 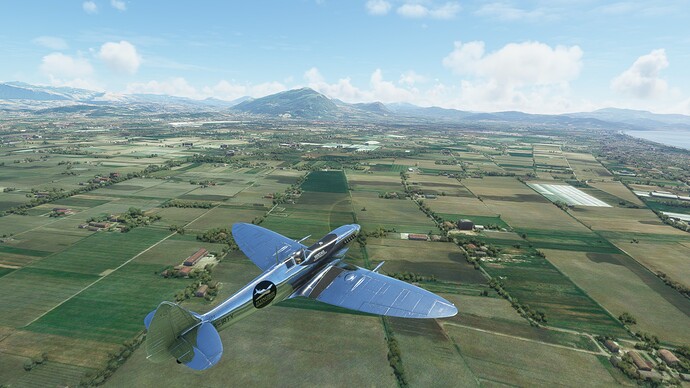 But on the next image, you can see that the scenery is brutaly changing as you reach Licinella-Torre Di Paestum: 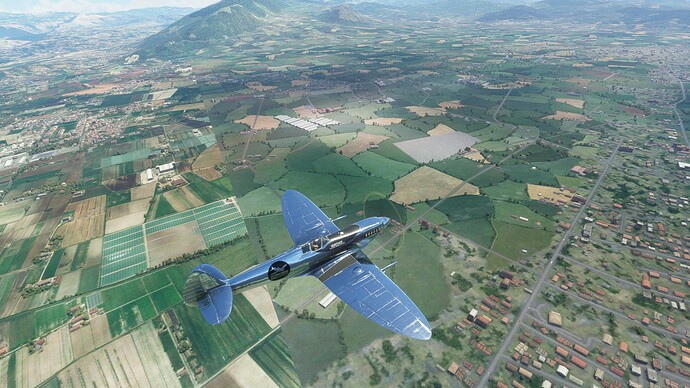 And that’s worst right across the beach and Agropoli: 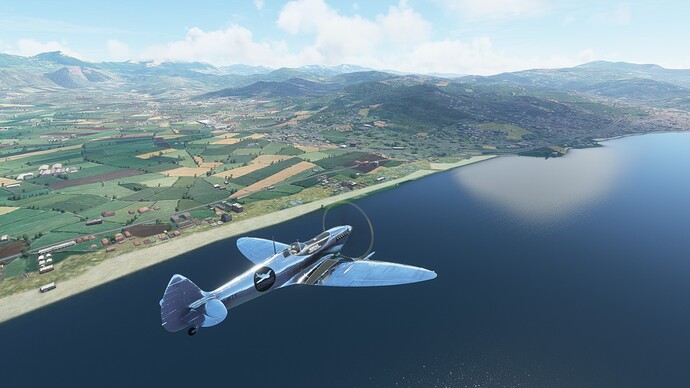 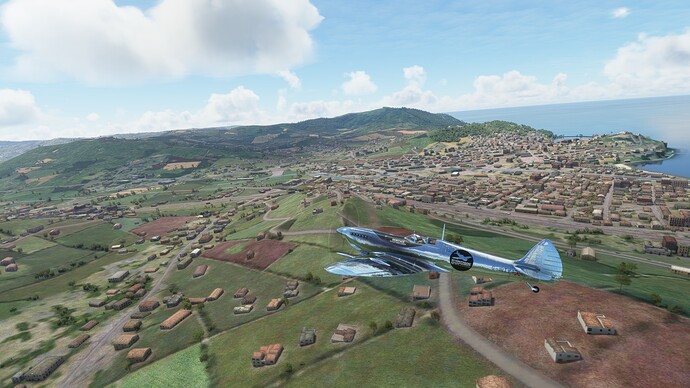 I can confirm there is something wrong here, this is a generic layer and not the bing imagery which is used. You should submit a zendesk ticket to Asobo. I did my test with rolling cache on, ultra settings on, bing map and photogrammetry activated.

Thank you so much for the time you spent on testing.
I will try to open a ticket…

No worries, tell me if you need any help to do that 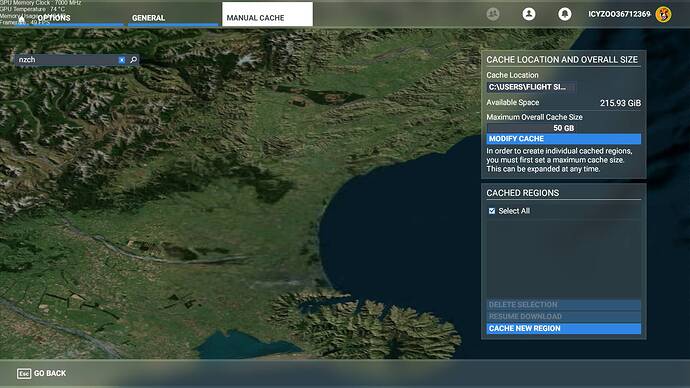 for the VFR it’s a problem …

These are appearing all-over the world seems to me. I experience this in South Africa as well, I did open a ticket on zendesk with screen shots.
This is really a problem.

uh, do you think that’s a global problem ? Maybe something is wrong with their servers ?

same problem here in my rural part of US, looks like not getting Bing data even with data turned on

Great Asobo solved for me too !!!

Have the same issue in South Africa - huge area north-east of FACT. Where else in South Africa did you experience this ?. If you are familiar with FACT - take off RWY 01 then follow the N1 freeway in easterly direction. It stops abeam town of Paarl. 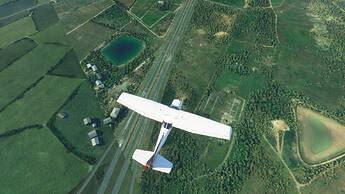 I get this taking off from Pilansberg FAPN in the area there is a few patches that I’ve noticed, funny the one area that was affected the day before has resolved and it is as if the square has moved about 3-4 km further,
Very weird!
I did open a ticket with zendesk with screeenshots, let’s hope they resolve this issue. 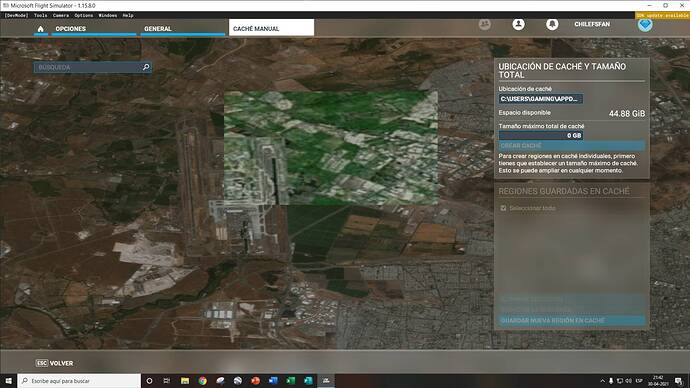 Same in parts of Australia where I often fly. Looks like there is an issue. I have checked my graphic settings & they are all still on.

Similar thing happened to the north of FACT - now back to normal.
Things are happening on server side [Bing]. Unfortunately the area to the east of FACT is still broken. Another thing which has reared it’s ugly head is whenever I start at FACT I get this 95% of the time. 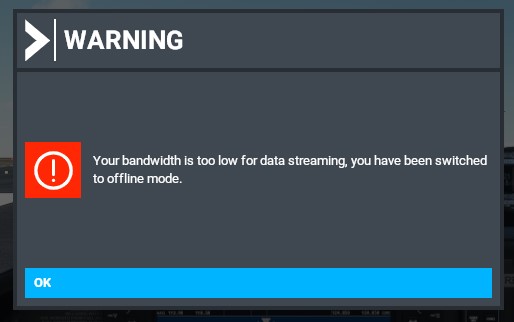 Switches off Bing in settings - strange things happening. Bandwidth never been an issue since the start. If it was my bandwidth it should happen at other airports, which is not the case.

the simulator has been updated to version 1.15.10.0 … but still asobo ones haven’t solved the bing server side problem … scandalous

I believe these other two threads are referencing the same problem, which appears to be global. Could a moderator please merge them together?

I’ve noticed today that the area of Buenos Aires (Argentina) and part of Uruguay has no bing satellite imagery. I really looks like some scenery tile is lost, and it shows a really basic looking scenery instead. This was taken at Buenos Aires… [Microsoft Flight Simulator Screenshot 2021.05.01 - 19.40.33.39] And this was near Montevideo, where this missing tile boundary meets the correct sattelite data. [Microsoft Flight Simulator Screenshot 2021.05.01 - 17.49.31.65] Of course, all online …

me and some other people are having problems in the region of brazil with satellite images that are not downloaded. does anyone have any idea what may be happening ??? near SSSS and SBJV airport, south america - Brazil - Santa Catarina. it is just an example of several regions in the country. [Captura de Tela (674)] [Captura de Tela (675)] and here the junction [Captura de Tela (676)]

It’s worth mentioning though that a community manager has already responded in both of them and the issue is being looked at.