As I flew the Patagonia Bush Flight, I saw some, otherwise beautiful mountain rivers with black lines roughly tracing their paths. What is that? It almost looks like someone took a drying-out black marker and followed the river paths.

I was in VR and could not take a screen shot.

Is there water in the river? Water masks generally cover it.

These lines have been around since release. Lines around lakes and down the center of rivers.

Yes, the water is there too. The lines I see in lakes are straight, like they might be Microsoft satellite pass dividing lines. The river look like they are hand traced.

I went back (non-VR) to get a screen shot of an example. 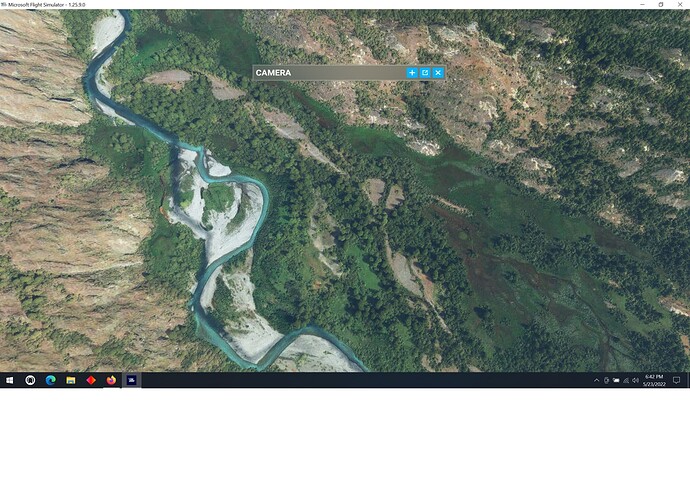 Often times the autogen rivers gets in the way of nice-looking satellite imagery.

That can explain it. By the way, that Patagonia bush trip is beautiful.

Thank you for the screenshot. That is different than what I was thinking in which has been around since day 1.