Strange - for me it works and sounds really great. Gives the Caravan a lot more oomph.

Should release fairly soon and likely to be ahead of the King Air release. The dev (Nicholas) working hard on some key parts currently.

A few people have reported it as being a potential cause of crashes, I’ve experienced some myself unfortunately. Hopefully this can be addressed as it’s a seriously good piece of kit.

Crashing every approach for me and it is corrupting my whole sim. Need to start in Sagemore and the normal again to get it running.

Not to take away from anyone that is having problems or crashes, but I can’t say I’ve had any issues at all with this plane. I just completed another lovely flight with it.

So it’s not happening to everyone, is what I’m saying.

EDIT: in case it makes a difference, this was using one of the default liveries, the freeware PMS GTN750 and the recommended modded KAP140.

I’ll go with this, I think.

Seeing as how the cause of my crashes (after having it crash every single TDS enabled aircraft whilst loading a flight) is the 750NXI. I’ve asked for a refund as it’s clearly the culprit. I’ve uninstalled it and the same aircraft now load in, no trouble at all.

I just had a crash on approach to Nice LFMN. 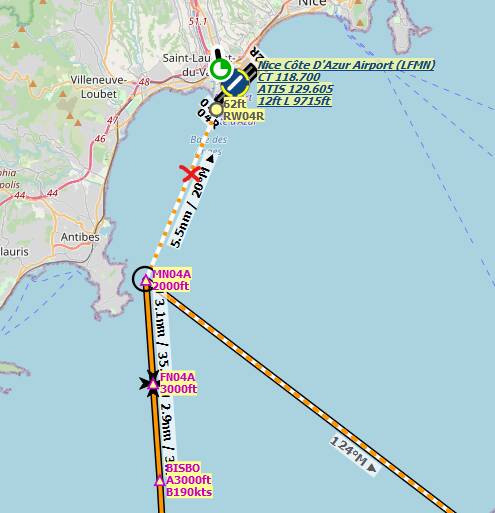 Its like back in the bad old days where you feared the crash every time you approached any airport.

I had taken off from LFHU, about 100nm, and had spent probably an hour practising landings there.

When I got bored with that I decided to hand fly a nice IFR approach. I was at about 1000ft, just about to align with the runway, and bang, it died. So frustrating.

I don’t believe for one minute that airport proximity is a coincidence.

For once, this was your plain old 0xc0000005 one, without the associated .NET Framework one as well. It’s difficult to suggest this was plane related, but I believe its solidly airport related, and potentially any airport.

Does it automatically flag conflicts when you check? Had a quick go recently but wasn’t sure I was running the check correctly.

Yes if there are conflicts, it will rename them with step 2.

My recent CTDs - in multiple planes, when landing - stopped after I updated my nVidia driver. Just had a full day of flying the Caravan, Kodiak and 414 with no crashes and I’m heavily modded:

Ok, but when is the King Air releasing?? It’s already next week!

I was a little ambivalent about the concept when it was announced, but soon realised that I wanted the Kingair, resisting the siren like call of the Caravan. Demonstrating my trademark resilience, i.e. the breaking strain of a warm bar of chocolate, I caved in and purchased the Caravan. I havent flown anything else since and hope that the Kingair will be even half way as good. If so, it will still be money well spent. Who was it that said that you cant polish a t*rd?

Maybe they are reading the comments from the videos and realized they got some stuff very wrong and are fixing it. We can only hope they are listing to constructive critiques.

What stuff would that be?

their first patch was very quick and did nothing but address customer critiques and requests. your post makes it sound like they’re not doing that. what have they done to lead you to believe they won’t continue to address these kinds of items?

to be honest after a request , I have been able to be in touch with a dev, and he seems to be actually concerned about my issues, that must be known.

JustFlight and Black Square are both reputable publishers and developers, I have zero doubts about the quality and support of both Caravan and King Air once it comes out. As much as we would all love to sink our teeth into King Air, at least we have an excellent Caravan to enjoy in the meantime.

I was replying to the individual who asked about the release of the King Air. Since we have no actual evidence of they are taking comments from the released videos to make adjustments to the final product I making a off hand statement. It is unfortunate that you choose to look at a neutral statement as negative.

i was simply asking you a question. nowhere in my comment did I imply any negativity on your part.

your comment very clearly states that you hope they’re listening to customer feedback. I was asking you what they’ve done to lead you to believe they’re not? if that’s not what you intended then my apologies for misunderstanding your comments.

there are plenty of devs who should be called into question but these guys, based on their actions thus far, don’t fall into that category.