So, I’m thinking that’s going to be an MSFS rite of passage now, buy the Bleriot to do the Kessel run, err… the Channel crossing with the RIP version and finish with a landing…

You’ll know you’re a pilot then

I really want some of the old original mail planes too, and do some of those flights.

And no, I am not yet worthy. But I am excited to do it 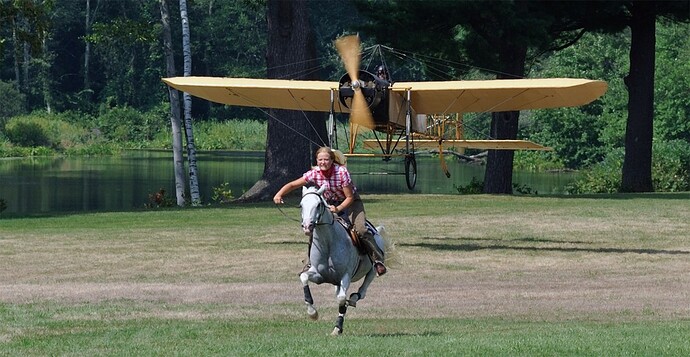 The channel flight ? no, can’t fly with any wind yet. I’ve DARED once, to put 8 knots wind… flew around for about 20 minutes happily sailing everywhere, then crashed on overstress mid air, while trying to force a straight approach…

Now you’re a pilot if the FAA (or other aviation governing agency) says you are after you successfully demonstrated knowledge and proficiency. Back then you were a pilot if you were daring enough and had the $ for a plane. And I guess you stayed a pilot if you survived the school of hard knocks.

Using an Xbox controller the throttle on the Gnome variant gets stuck when attempting to reduce. Refuses to go beyond about 50%. Is there something I’m doing wrong?

I was also having some issues working the valves (these engines don’t have a throttle in the traditional sense). I just ended up using the ignition switch trick, using Ctrl+E to auto-start the engine on the occasion it wouldn’t work.

Currently the Omega Bleriot XI has a problem with throttle control, when using an Xbox controller. I am unsure whether it can be replicated with other devices. It becomes stuck, or returns automatically to a different position. I have looked at the manual but there is no resolve. It is impossible to fly the Omega variant in its current state, as there is no way to reduce the throttle. @GMVitus

I have today taken the step to speak directly to Microsoft. The Omega version not working correctly with an Xbox controller is grounds for a refund and 3rd party creators will need to include more accessibility options going forward.

If they would like to correct this issue then they can, but so far we’ve heard nothing.

Who would you be getting a refund from? Who’s fault is it the XBox controller interface isn’t working as you think it should? I doubt the addon software author has any reason to be responsible here. It’s not like they code the airplane for particular functions by controller, the only access they have is the facilities of the SDK for applying which function goes to which animation/function on the airplane.

So are you asking for and returning MSFS?

You stated “grounds” as if there is some sort of legal precedent for somebody (who?) to give you your money back for something (MSFS?; The addon (not likely)?; The Xbox controller?), but you didn’t name who you think is the party responsible for the function not to work?

Seems to me the responsibility is murky here, and you’ll have difficulty getting your money back. But, what do I know? I’m just wondering who you think is responsible and why.

Did you submit a bug report to the addon developer? Did they have time to respond?
Do you really think they’d respond to you in less than a day?
Is this the only place you’ve said something? Why would somebody notice a note in a thread on this forum?

I did not state I was seeking a refund - again, another user with a poor level of behaviour on here. Very disappointing response and you Indeed will be disappointed yourself that you have responded as such.

I would like the problem acknowledged and fixed, if possible. I’m not asking much.

The contact with MSFS is to do with greater accessibility in the sim, which so many ignore on here. I won’t apologise for fighting to make the simulator more inclusive for everyone, not just the hardcore enthusiast.

I’m an XBox controller user myself (when I used FSX and had it installed on my laptop when I was traveling). I thought you were looking for a refund.

I absolutely agree it should work. It could be for a couple of reasons it’s not. I’m sure it’s solvable. Bringing it up here won’t solve it or garner any response from any of the responsible parties.

It requires a Zendesk report, and then, when they don’t respond and say it’s solved because they reject it because it’s a third party product (if they do not respond and just mark it solved without fixing it) to respond to reopen the case and ask for a response that it gets fixed. That worked for me once when they tried to tell me a reproducible bug which I gave them every step to produce it, and they responded with “well, sometimes it crashes for these reasons so do this”. It was a bug in LivingWorld.cfg which is now fixed.

You could put a link to your Zendesk report here.

And to also contact the developer. It could be the command they are using (less likely).

Expecting a response here is futile, and, in fact (not that I agree), basically illegal now per forum rules.

Expecting a response here is futile, and, in fact (not that I agree), basically illegal now per forum rules.

Discussing the bug with regard to MSFS itself is apparently OK . But you need to word it so you are taking about it being a Microsoft issue.

They are however being a bit idiotic about mentioning bug issues with 3rd party products and even lock any threads discussing how silly the ban is.

TLDR - you can discuss how MS need to fix it, but any discussion about what the 3PD dev can do will get the thread locked.

That’s stupid. I understand that there’s been a lot of fighting, and I understand that Carenado in particular is worried about their reputation. That’s on them to fix that. Getting protection from Microsoft doesn’t cut it and will only make things worse for them. If they have trouble with English, maybe get a spokesperson.

Excellent explanation of the situation, though. 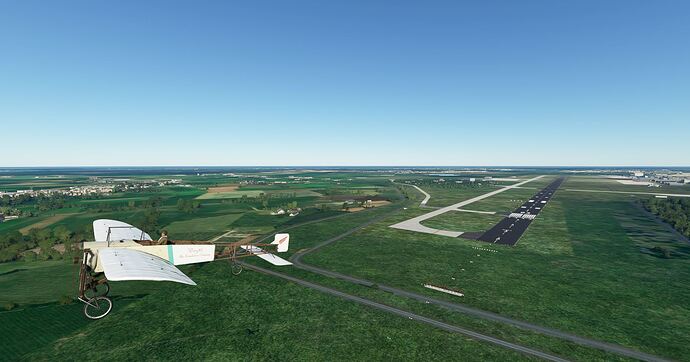 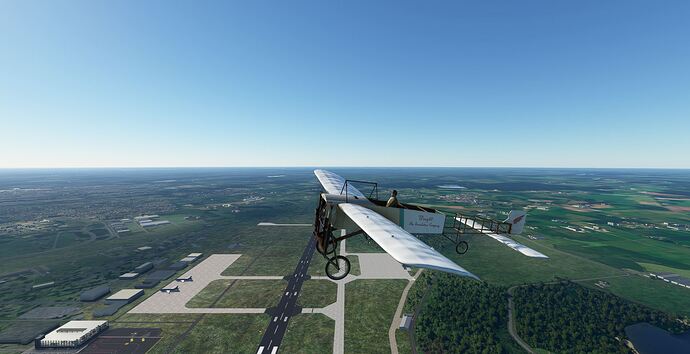 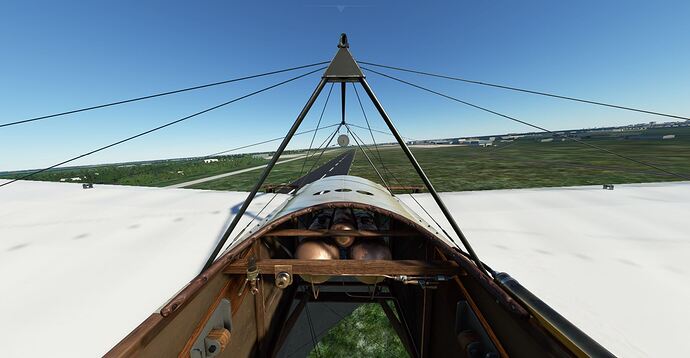 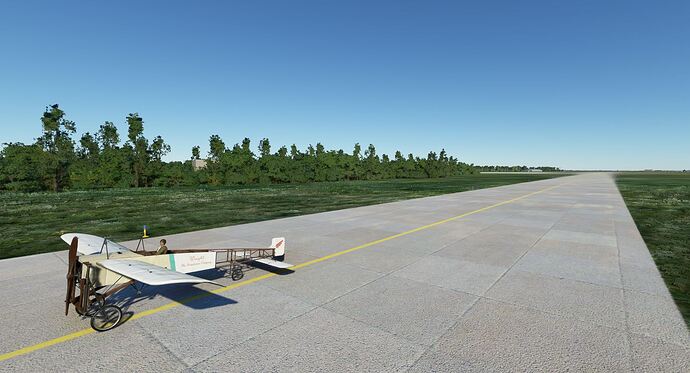 I’m not entirely convinced that specially constructed runways were considered necessary in that time period, at least not with a small aircraft like this. I’ve always imagined airfields at the time as just that: fields. Land into the wind, don’t hit the barn, otherwise anything goes.

I’m not sure how accurate that is, but that sure seems to be what this aircraft has in mind.