Terrain texture is blurred when using large planes on Xbox, such as a320, 747 and 787. Terrain is not is blurred with smaller aircraft, from small aircraft to Citation Longitude. 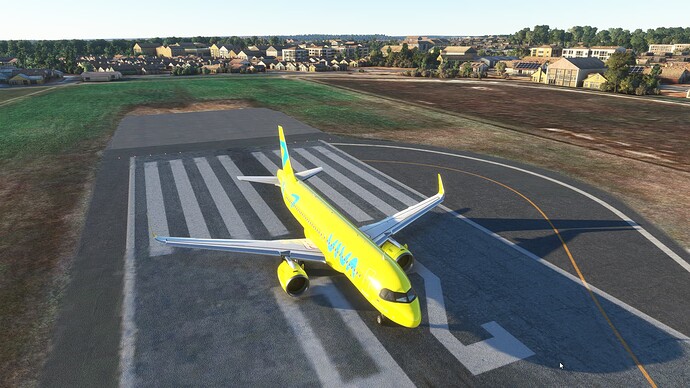 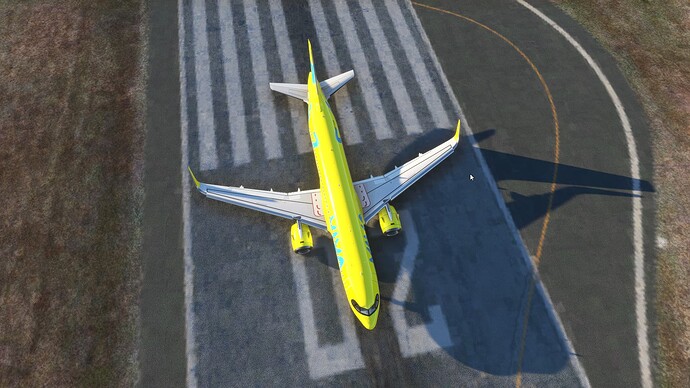 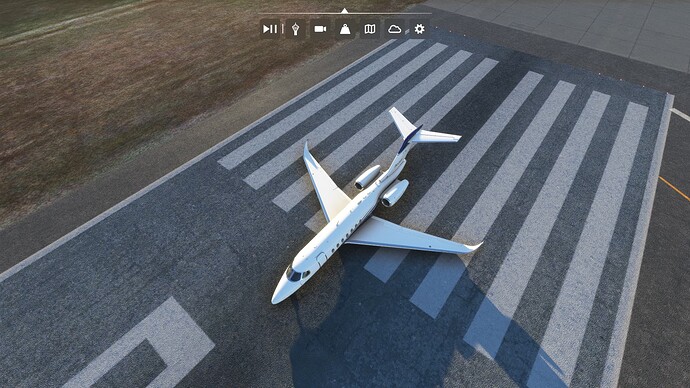 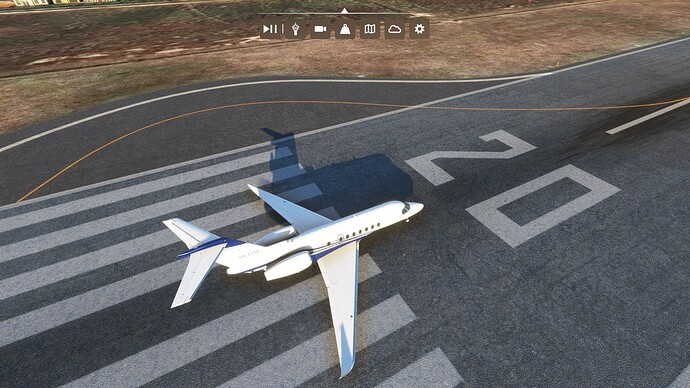 When using any large aircraft, the ground texture on Xbox has a significant reduction, the texture is blurred. Both on airport runways and outside. It happens more in airports other than Asobo itself. Small aircraft do not cause this.

Small aircraft do not cause this.

They do in fact. See:

PC, Steam version, Nvidia GPU, latest driver, 16x AF, (screenshot is DX11).
This issue may be somewhat difficult to reproduce because (for me) it doesn’t always occur at the same airport or runway. 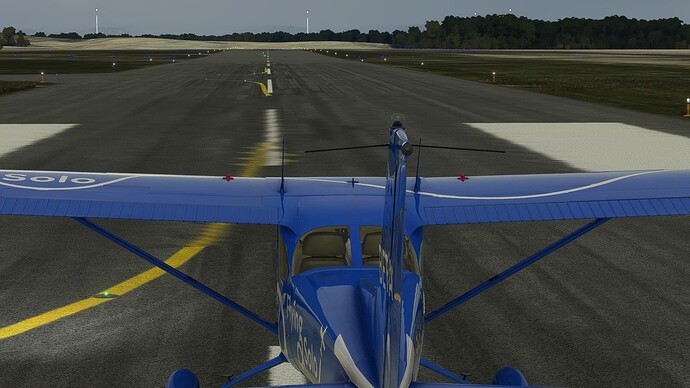 @EricP6825 are you using DX11 or DX12? My screenshot above was DX11. I am using DX12 now and not sure if I’m still seeing this bug. Edit - oops I forgot, you have Xbox. Not sure what DX version that uses.

This seems to be quite easy to fix. Well, it’s easy to reproduce.

Okay, maybe on Xbox it is. For PC maybe not so much. For me it probably happens on less than 10% of runways, but when it does happen, it’s ugly. I hope the developers can reproduce it.

This is happening reliably with any aircraft when spawning directly onto airport LEVX runway 01.
If any other spawn position is selected, the runway looks correct. 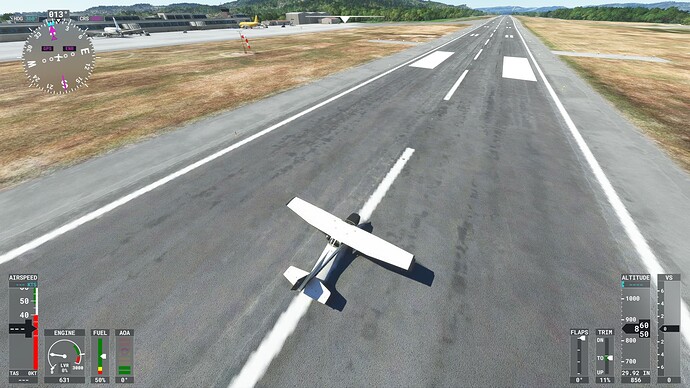 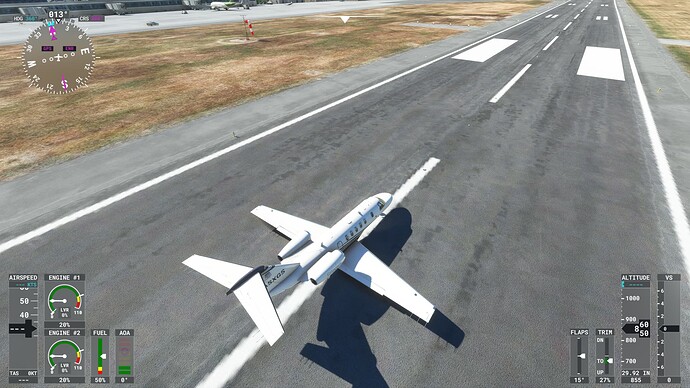 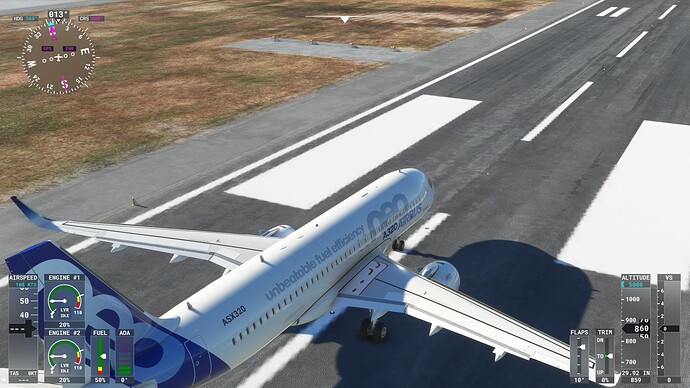 This is happening reliably with any aircraft when spawning directly onto airport LEVX runway 01.

Reproduced at LEVX on the first try. Before loading in, I set “Skip Pre-Flight Cinematics” to ON to prevent the AI from taxiing the plane around (which might have given the textures more time to load).

Look at the white stripe just behind the plane. Blurry and jagged. 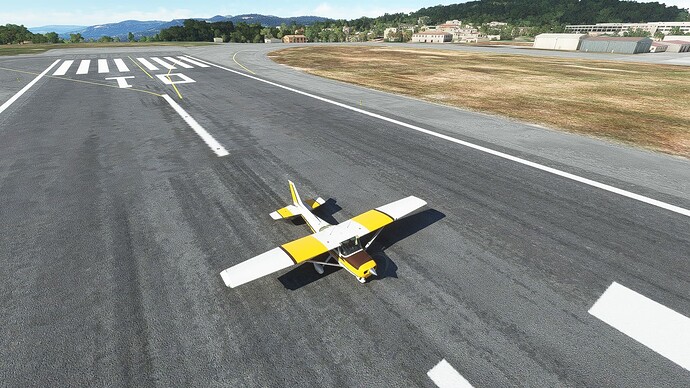 All the images I posted were taken after skipping the cinematics.
This time I let the plain auto-taxi to the runway without skipping and it does seem to improve things a bit: 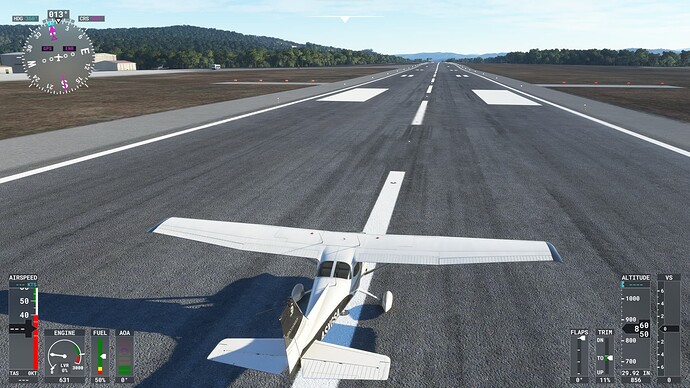 It’s some sort of texture streaming problem. Many games have this issue where they first load lower quality textures and eventually they become better quality. But the simulator appears to get stuck and stops streaming in the higher quality textures, especially when the plane stops moving.

Reproduced in DX12 as well. Again on the 1st try: 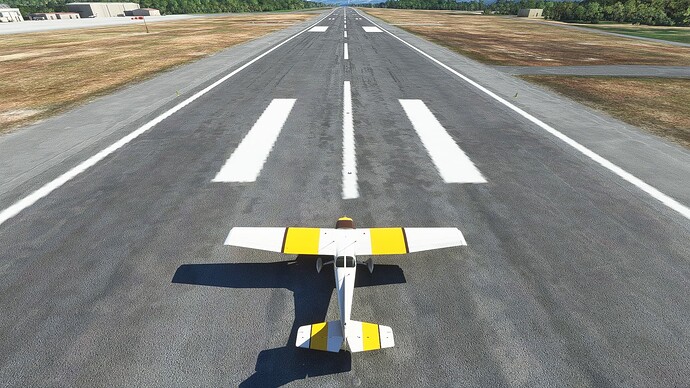 Leaving the simulator in drone mode and raising the drone to a certain altitude, after returning to the external camera the blur disappears and the image quality improves considerably.

@iinKWest Can you let me know if Microsoft is already aware of this bug? This is very annoying and breaks the immersion.

This is happening for me as well and it is ruining the simulator. What is the point of having bing maps scenery if its going to look like a mobile game like Infinite Flight. It looks horrible and I am also curious to see if Microsoft is doing anything about it because it has been like this for over a month and it’s getting annoying.

Yup, I can confirm that the team is aware of this issue and that it is being tracked - that is what the #bug-logged tag on the thread denotes.