I just got the honeycomb bravo throttle and 2 of the levers hit some wires inside and make a noise when I move them up. Do you think disassembling it and moving the wires would be easy enough or should I take the time and money to ship it back to honeycomb to fix it? It seems simple enough, but not sure if taking it apart and putting it back together would be an issue.

And you might void any warranty on your unit. How about calling or Emailing Honeycomb and asking them for advice?

I emailed them and they said to send it back to them but it’ll take 3 weeks. Just don’t really want to go that route unless I really have to.

Hi there,
Just received my Honeycomb today and I noticed the same thing on lever #2 - the one that has the word “armed” the 3 black wires inside of this one are bit loose compared to the others, so it must be a defect. If want to make your case stronger you can mention mine C/No1869 - I’m not going to give it back or complain…to much trouble going to the post etc and I just recycled the boxes…I can deal as I also have the Airbus throttle with the add ons (its great as the park break is recognised by the HC) so I think mine will survive longer - I’m using the complex single so propeller won’t be used that much. Good luck

Wow I am waiting for the airbus throttles, cant wait to get my hands on those.

That’s unfortunate. Like you, I would want to fix it myself to avoid the hassle. However, by sending it back you give Honeycomb a chance to correct a potential defect in their manufacturing process. This helps them improve the product for others in the future (provided they are willing to fix it at no charge).

Hi there,
also received my Bravo last week. I am have a little noise on lever #3 and #4 when i am moving it to the upper third. I also don’t want to send it back cause I have waited for it for about 2 month to get it

The noise isn’t that disturbing but i question myself if i dont get it fixed it will break something inside sooner??

If you can see the wires through the lever openings you might be able to gently push them out of the way with a skinny stick or piece of stiff wire without having to disassemble anything. I would still let Honeycomb know of the issue though.

Indeed, yesterday after switching off the PC (no engine noises) and moving the other levers I realised that #3 and 4 are behaving the same way and there is a plastic part, when wi move down the lever, that is touching 2 silver wires 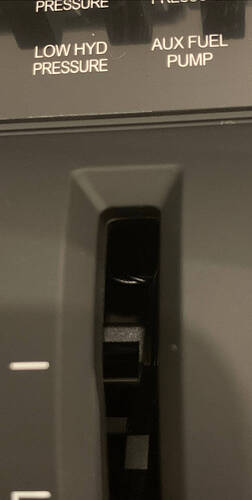 Next weekend I will see if that is possible, because one thing is only one lever being affected, another is several creating some kind of pressure on that wire and if it disconnects it could have some kind of a bad affect on the system as a whole.