That would in effect be much like reducing the FoV by increasing the mask wouldn’t it?

you are right, I didn’t understand this in you previous post!!

I would also agree the Airbus cockpit looks a little better at ~90% scale. Some of the knobs look too small though (even at 100) which I don’t think helps.

Yes the cockpit is most likely oversized, but the buttons and joysticks are smaller. I’m not sure they did use the Airbus CAD files on this one or at least not as much as they probably did with the Cessna.

I’ve been playing around with the world scale slider in steam, and it really makes a big difference for me. I started off at 120% on the piper arrow and instantly the yoke looks like my hand grip will fit it. The copilot looks about the right size, and the plane feels so much different to fly. I mean I actually feel the yaw from the rudder pedals now! For me it’s a real game changer.
I’ve never been in a real GA plane before so I’m not sure how it actually is meant to feel size wise, but I did look up the dimensions of the Cessna 172 (39.5 inches for the instrument panel!) and found that by using a measuring tape to blindly measure the virtual instrument panel (while wearing my headset), that I’m really close at 116%. It just feels like a different game now, and I can’t stop grinning!!!
I always felt like the a320 was a good size, so it feels a little too big now, but the CRJ is much better at 116%.
The Spitfire also feels huge at that scale, so obviously it varies between planes, and it looks I will have to change the setting according to what I’m flying, but I recommend tinkering with the setting.
I’m using a quest 2 through virtual desktop and I have the ipd set at its highest on the headset.

Agreed! I have been using 110% and the GA planes now seem perfect. I don’t fly the airliners so I can’t speak to that.

Yes to the vertigo! I haven’t had VR induced vertigo for at least a year (that’s playing racing games in VR as well), and I’m happy to say it’s back!!! It’s like the larger scale has completely fooled my brain!
I just flew the da62 from Queenstown to Milford Sound using the new orbx NZ mesh, and the combination of the mesh mountains and increased worldscale was one of the most breathtaking and immersive experiences I have ever had in VR. I’m just loving GA now!!!

I read on a Russian forum about a registry settings for G2 that overrides world scale.
Here it is: 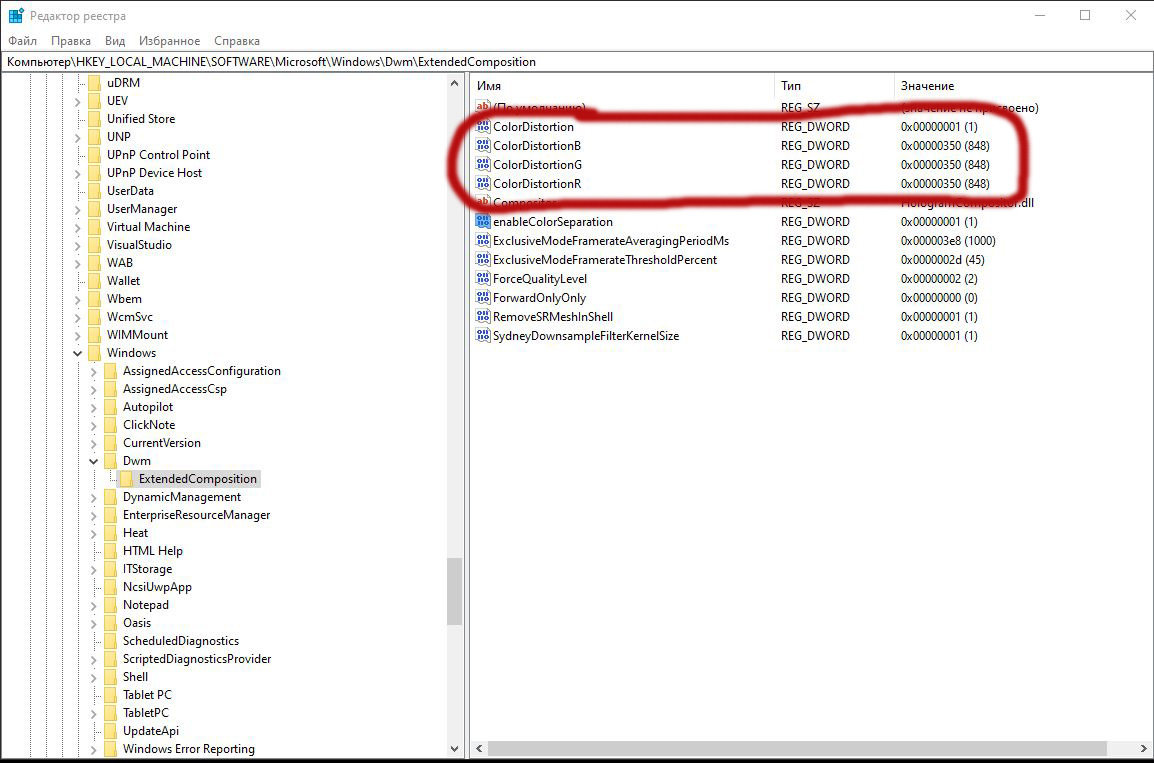 You need to add to the registry:
HKEY_LOCAL_MACHINE\SOFTWARE\Microsoft\Windows\Dwm\ExtendedComposition\ColorDistortion

The guy who wrote about that is actually exerimenting with changing lenses in G2 to glass lenses for better clarity. These keys are intended for fixing chromatic aberrations, but same values in these keys apparently changes the world scale. He’s fluctuatin in 350-400 area for those values. If anyone wants to experiment - be my guest.

There is no need to go this far!

NB: this is not meant for scaling the world but for distorting the RGB planes separately, so that you could further adjust the effect of the WMR anti-CA pre-processing filter. If you do lower them all proportionally you’d effectively distort enough and make things appearing maybe smaller, but they’ll be distorted as well.

I understand that it’s meant for CA correction. But in effect when changed together it should correct the world scale. I will test. I see what you mean about distorting. I’ll test and see if distortion is noticeable…

I have tried:
-SteamVR scale slider: no effect,
-fpsVR IPD adjustment: no effect,
-SteamVR config file editing: file appears to be reloaded from some other source that I cannot find yet for different games, changes are reverted upon launch of any game.
-physical IPD knob change: no effect
-scouring the internet for solutions: mild insanity

Altogether I believe for my WMR headset SteamVR is completely bypassed (eventhough I bought and launch the game through Steam). I cannot summon the steam menus or anything, and nothing I do has any effect. Can anyone confirm this? I do not want to fix this issue with a registry edit, since I use my headset for other games and for other people as well, and I highly doubt that any regedit setting will work for all of those.

Interestingly, and possibly related, I feel that my head movements are also exaggerated. I cannot rotate my head IRL without also causing some translation in VR. The most logical explanation is that the center/axis of rotation is different between the model skeleton and my actual head, but I can also imagine it is somehow linked to scale perception. If the actual plane/world is for some reason 1/3rd scale in the sim then even a tiny deviation IRL feels like a massive one since my head is relatively 3x as big in the little cockpit. Perhaps a separate issue, thought I’d mention either way. I can fly my bobblehead self, it’s just annoying.

The Steam VR world scale slider works for me.
I always felt that the C152 was to small, the yoke looked like miniature. I have currently set the slider to 133% and it feels about right.

If you want to use steamvr you need to associate it with openXR. No need to use registry anymore - there should be an option in the steamvr settings somewhere (can’t remember exactly where) same applies with oculus too.

This works for me too, never even knew about it till I saw your post, so thx 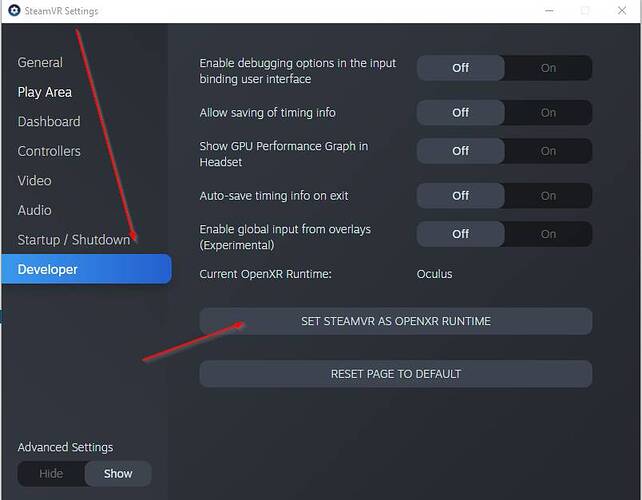 As for Oculus, don’t see any option to overtake OpenXR except changing registry entry

Oculus is in beta options:

sweet, thanks! Had to fight my pc for a while longer, but that was the last puzzle piece, and the cockpit feels like I could fit inside for once! Funny, it felt tiny, but 125% is already enough to make it feel right and 133% it already feels too big. For some reason fpsVR’s little overlay has died in the process, but hey, I’m happy to trade that.

A) tune all their planes to look right out of the box.

B) add a VR world scale slider so we can finetune to our taste.

The Cessna 152 is child-size. And yes I have been in one, and yes it does feel like a toy yoke, but at least I fit inside the thing, but I most certainly wouldn’t inside asobo’s.

I have no issues with the cessnas or airliners. The ones I have issues with are the diamonds, ctl, and Virus,with vl3.

The seats are on the floor, the pedals are where my knees would be and my head sticking out of the side rail of the roof. Side to side scale looks fine, I really doubt those are scanned models like they claim.

The “Override World Scale” feature in SteamVR worked well for me to make the Cessna 172 feel more lifelike, at 115%. Unfortunately, SteamVR’s Motion Smoothing doesn’t work well or at all with the Reverb G2, so I’ve gone back to WMR as the OpenXR handler and just put up with the phonebooth cockpit.

I’m surprised a scaling option is not available through OpenXR - we definitely need this.

SteamVR’s Motion Smoothing doesn’t work well or at all with the Reverb G2, so I’ve gone back to WMR as the OpenXR handler