So how to get the threads merged and this topic raised to bug logged?

With all the expedite climb/descend calls to other aircraft and the traffic avoidance calls by ATC it is exhausting monitoring ATC manually, that is why I delegate to AI.

Yes I’m sure I am not the only one who when doing a long flight wants to leave ATC handovers to co-pilot. I don’t know how to get it escalated. Zendesk? I haven’t reported it there. I didn’t even hear back from the last ticket I submitted though. If it’s not latest update patch/firefighting many bugs seem pushed out to the sometime/never horizon. We can but hope for SU8 fixes it, but would be good to know though as I haven’t seen it on the official bug list either. There are two mentions of ATC in top 25 bugs but neither relate to audio dropping (which in my mind is way more concerning than say ‘ATC incorrect phraseology’ at #8 on the list. The bottom of the top 25 bug list seems to need 334 votes to get there. This thread has 118, and there lies the issue. Some of these voted issues are likely months old, have been around longer and because they are slow to clear they are endlessly stuck on that list. It’s a real problem.

Me too, very frustrating and hardly realistic.

It is not caused by the volume needing to be turned up in the cockpit or some misconfigured Windows audio settings as has been suggested in some replies to the topic. Although some people have had those issues they are not the problems being reported here.

If either of those issues were the cause they would be present at the outset of a flight and not at some random point part way through a flight. The situation we have here is that everything is working fine until at some indeterminate point during a flight ATC audio reception ceases. We hear our own audio when we transmit but do not hear replies. No amount of fiddling with volume or sim settings will bring it back, it is gone until the sim is restarted. Also it is not just a CRJ problem, it is happening in other aircraft also. Strangely we can still hear the audio on ATIS frequencies

ATC is a core sim feature and it is quite shocking that this bug has been neglected for so long.

And also there is this mess with offline ATC!

1.21.18 here. I still loose AI ATC as well. It is one sided, my AI COPILOT replies, but there is no ATC either in the ATC window nor can it be heard.

All starts out OK, but at some point, I loose ATC.

I used the built-in flight planner to create a low altitude IFR flight from FS Dreamteam KEYW to LVFR KFLL at 12000 feet.

ATC then asked me to descend to 5000 ft. At some point during the descent, I could no longer hear ATC, but my co-pilot responded to ATC. 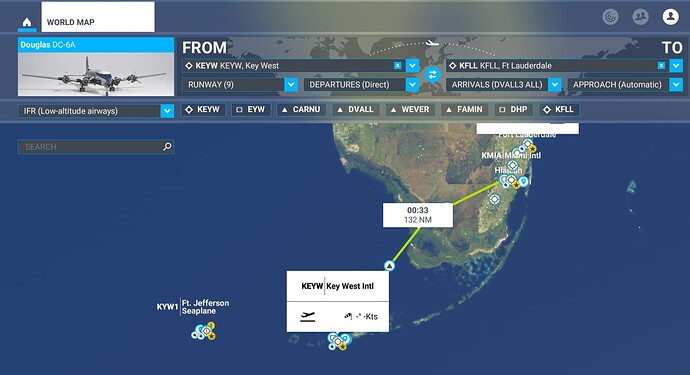 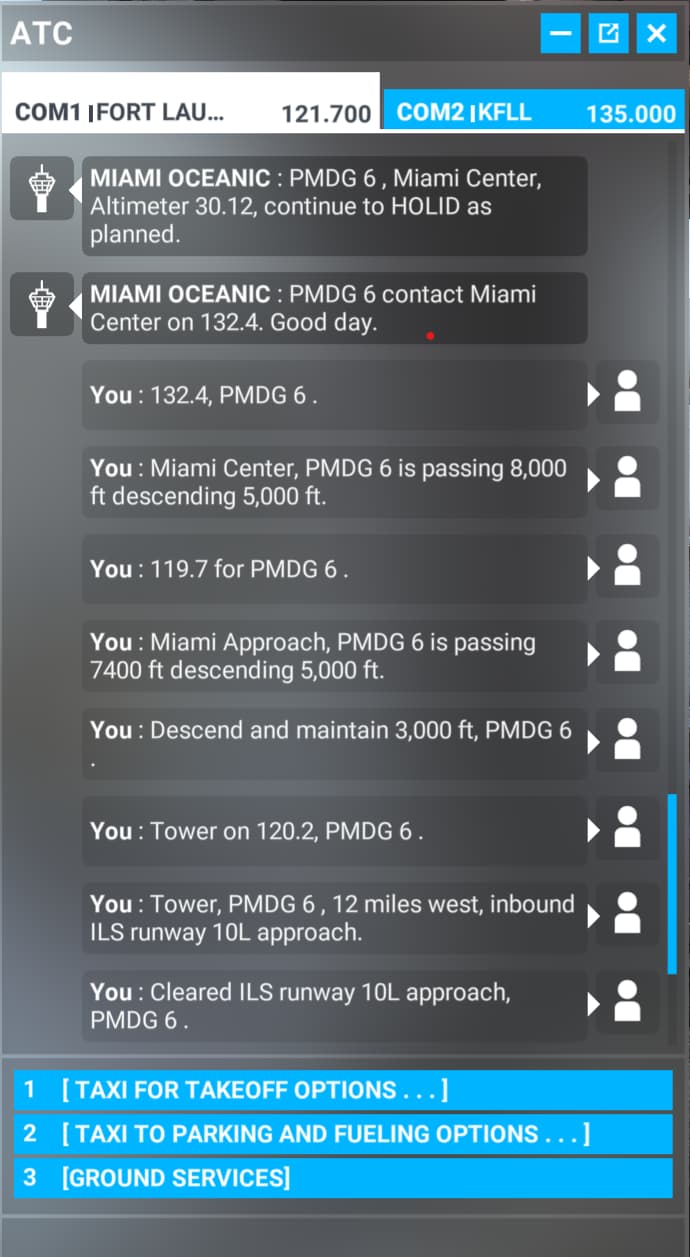 Hi. I confirm every word by yours. This is a bug related to the sim core and I experience it very often on several aircraft, especially A320 Neo, starting with SU6. I opened a ticket on Zendesk hopefully Asobo will consider it.
Now, I’m obliged to use other stabdalone ATC programs (like Pilot2ATC or PF3) to complete an IFR flight.
Incredible!

Wish they would do something about this. Maybe they should use a 3rd party atc if this one will continue to screw up.

To be clear, AI copilot does not need to be involved for this to happen. I always have all my AI options set OFF and I cannot hear ATC instructions and other aircraft suddenly when I am manually interacting with ATC.

Please change the title of this thread from:

Not disputing what you are personally experiencing, but you may be in a minority though. I have flown many hours with manual ATC and not had issues with ATC audio dropping. In fact I deliberately now use manual ATC all the time specifically to avoid encountering this bug. The only time I did encounter something similar in manual ATC mode was once when I hit the ‘1’ key 3 times in very quick succession - to accept handoff, tune radio and contact new center (before the handoff audio had actually completed), which immediately prompted a loss of online ATC voices. Just about every time I fly with AI doing the ATC the audio is almost guaranteed to drop especially if flying in areas where there is other AI/live traffic around communicating with ATC. Every time I use manual ATC it is fine for me. I think from other peoples reports this is what they are seeing too which is why the title of the thread is likely the way it is.

I had ATC drop out using manual mode too. The only surefire way to prevent the dropout is to use OFFLINE mode for ATC.

Which backs up what we all suspect, that it’s an online/Azure related bug, but AI ATC makes it happen way more frequently for people.
If I was to tell the devs the best way to replicate the bug I certainly wouldn’t be telling them to use manual ATC. One flight with Copilot ATC in a busy traffic area should do it every time though.

exactly the same i suspect co pilote (i will fire him) this evening did a 1000nm flight in a320 fbw did al the com’s myself whit no problem.however i find a prob whit baro pres at my home airport ebbr alt is 185 ft and sim say 245ich.greetz.

It works at the beginning and at some time during flight, my co is the only one I’m hearing (and reading).

Has anyone come up with a work-around to get the ATC back?

Tried, SFX off then back on, and a few other ideas, but no luck. Not till the flight finished and I did a hard restart did ATC return. Approach, Tower, and Ground off. ATIS did scroll across the bottom of the window.

It stopped in my case after SU7, but yesterday reappeared again. Closing the simulator and starting it again alway solves the problem for me, but it’s probably gonna happen again.

It’s a very annoying bug, and there really isn’t too much you can do.
It hit me 1.5 hrs into a flight last evening.
If you let the AI handle coms, you can see and hear his response.

yeah this kinda issue has been in the title for about half a year now. Nobody cares obviously…