Yeah, it’s everywhere unfortunately, even in a clear sky or water.

And it only seems to be those cloud type. Cumulus types look just as good as they ever did, when I go back to compare with videos I made from last August.

This is what I got yesterday. I strongly feel it’s about time they really concentrate all their resources and energy on the long due weather system overhaul instead of wasting effort on another racing expansion because this is clearly not something that belongs to today’s day and age. 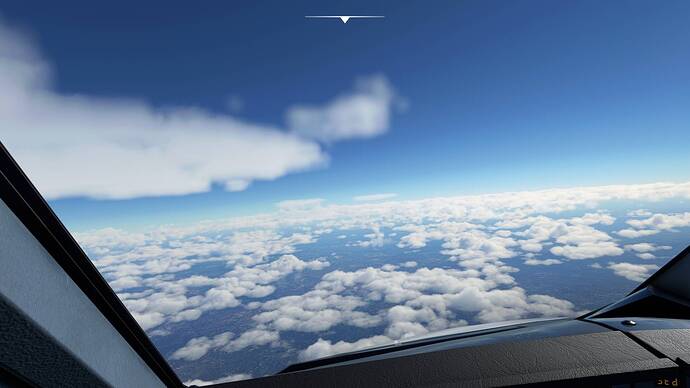 So would those be cirrostratus, at the top of the image? Or perhaps altostratus? The list of cloud types groups the main genera as high (cirrus, cirro-), middle (alto-), multi-level (nimbostratus, cumulus, cumulonimbus), and low (stratus, strato-) according to the altitude level or levels at which each cloud is normally found. Small cumulus are commonly grouped with the low clouds because they do not show significant vertical extent. Of the multi-level genus-types, those with the greatest convective activity are often grouped separately as towering vertical. The genus types ...

The stratus types always seem to look the worst for me.

I noticed this aswell, I don’t know if it’s just me but I see a graphic downgrade again after WU6.

I started seeing this since SU5

TBH the whole screenshot, except maybe parts of the cockpit look like FS9. They really should work on some more realistic runway textures and grass.

Just a side note, even XP11 with it’s so called dated graphics looks better. 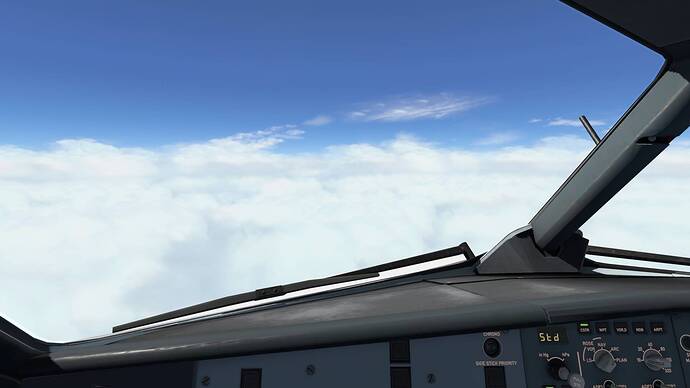 Why don’t they just open the system to third party devs who really know their stuff?

If you switch to one of the preset weather types the clouds look fine. All except, I think, the overcast preset. They can look a little ropey at times. I haven’t spent enough time with that trying to find a preset that looks just like it does in live weather when the quality seems reduced.

Brief description of the issue: Purple and green color bands were introduced with update 5. They significantly degrade the realism of the scenery. It is most apparent near the horizon, in the clouds, and on water. The latest patch did not resolve the issue.

Do you have any add-ons in your Community folder? If yes, please remove and retest before posting. No 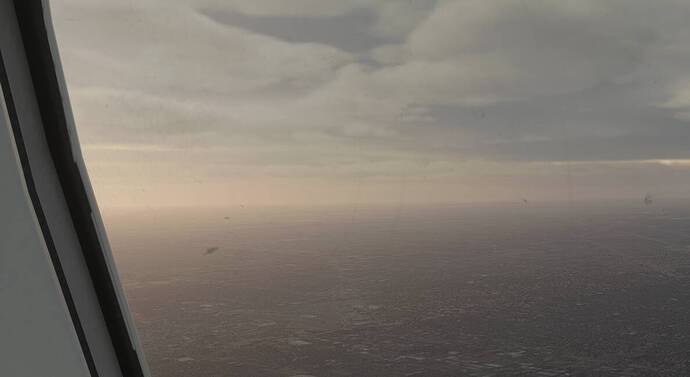 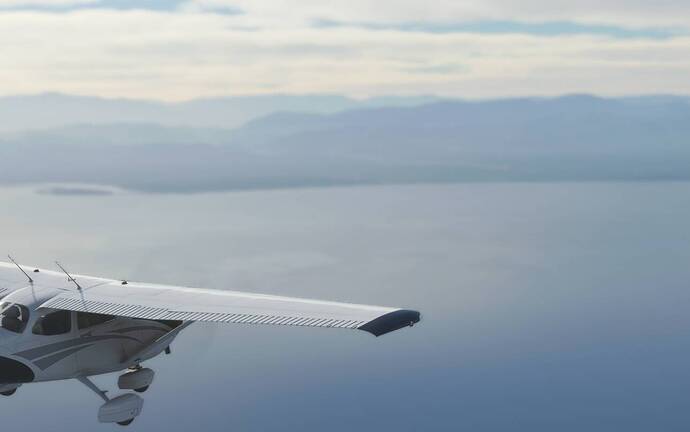 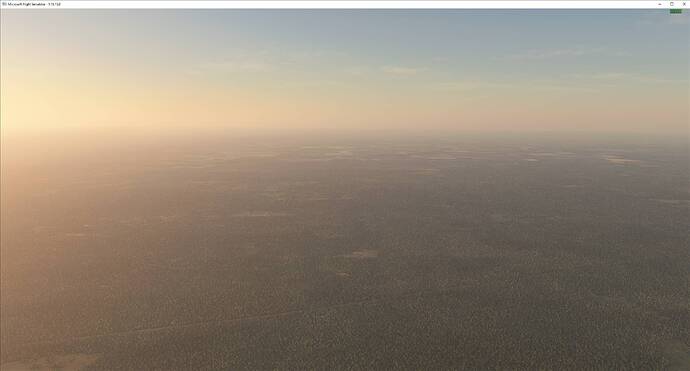 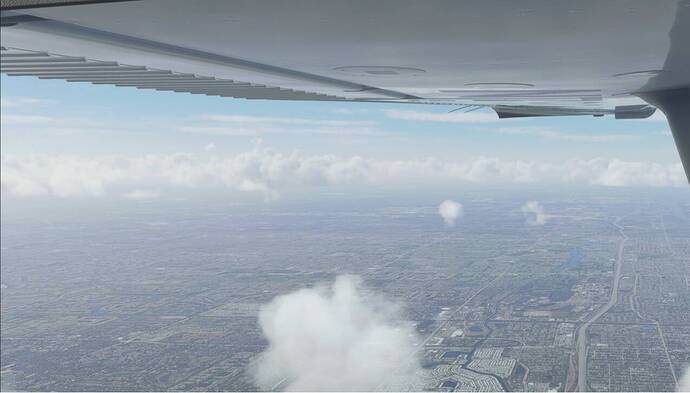 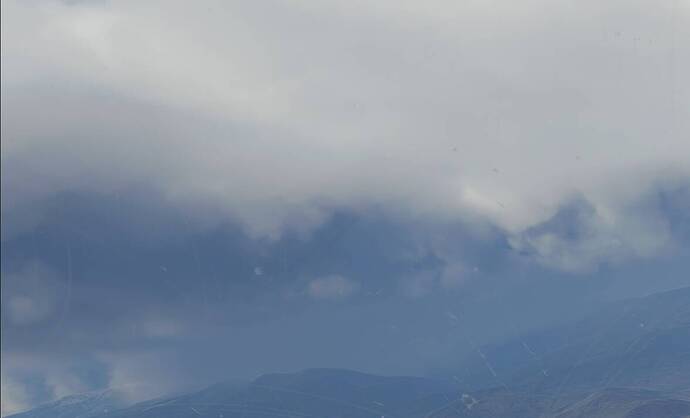 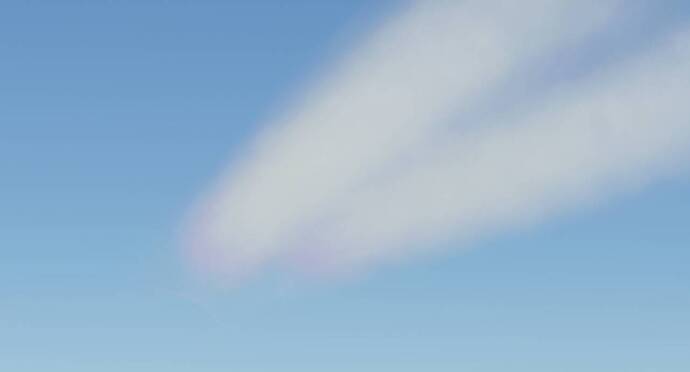 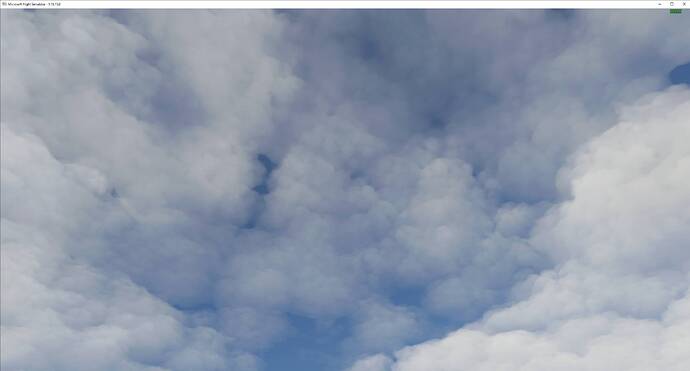 Detail steps to reproduce the issue encountered: View the clouds and water and near the horizon

Build Version # when you first started experiencing this issue: 1.18.15.0

Are you on the Steam or Microsoft Store version? Steam

Here is a before and after update 5. Notice the banding that exists in the second photo around the sun both in the sky and in the water. 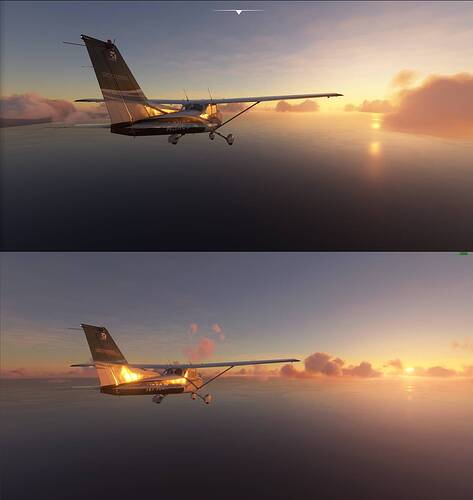 There’s an issue that has probably something to do with the game being optimized for HDR TV screens and the “translation” to SDR monitors. It’s been discussed here too:

I’ve just purchased a new monitor Asus tuf VG27AQ1A and i have been experiencing alot of color banding which im trying to resolve or at least diagnose to see if it’s my monitor thats the issue or in the sim as i dont remember these color issues being as highlighted as they are on my old monitor. An example of one area where i noticed it was on the world map sun glow [Color Banding on World Map - Glow] Does anyone else see the glow the same as in my video example or are you seeing …

I’ve tried to place a question for the upcoming Q&A here:

I’ve tagged the moderator @OlieTsubasa443 on this and dutifully reported to Zendesk - silence for 15 days now.
If you look through the recent screenshot threads on this forum you will notice that the issue is pretty widespread. Although I can still take pictures without the weird colors and banding I notice them on every flight.
I fear it is one of many “optimizations” to the sim we will have to live with.

The bottom image also seems to be using much more aggressive JPEG compression, if the blocks at the top of the image are anything to go by.

An example of two different cloud types, and distinct quality differences. The clouds at the top of the image look like they are in Low quality, while the Cumulous types look like Ultra. 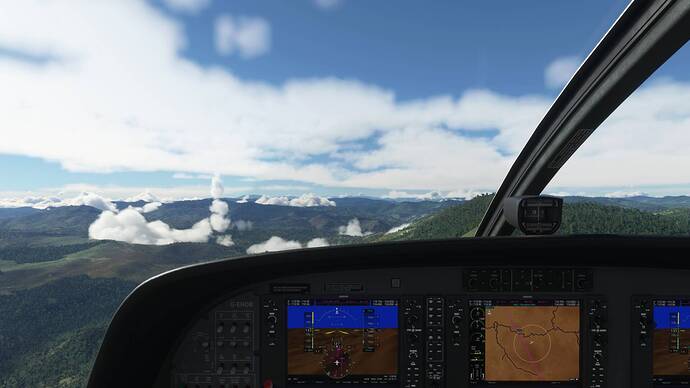 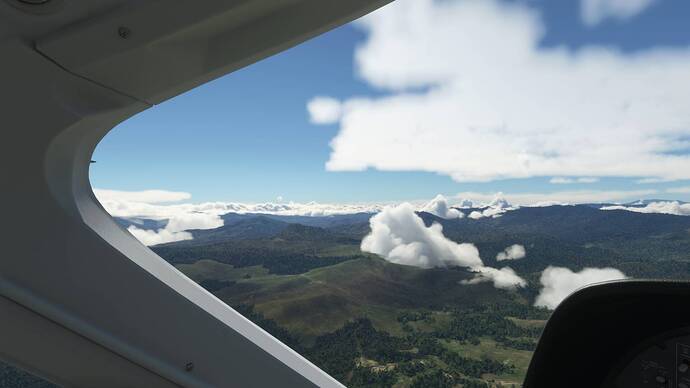 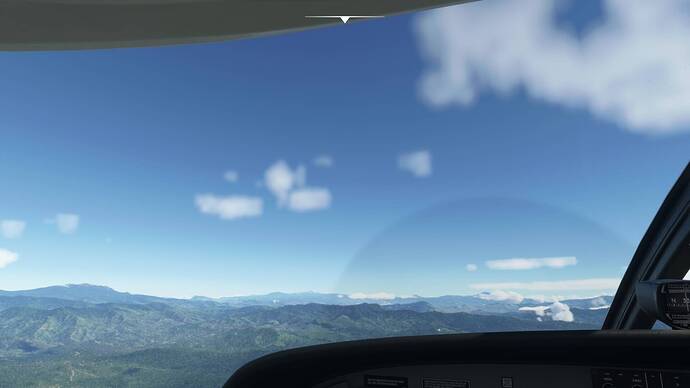 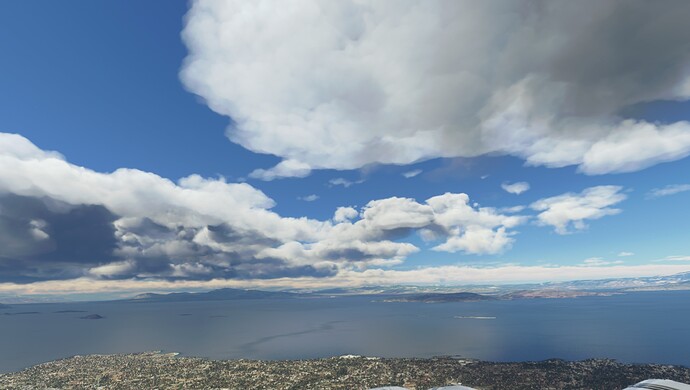 Those don’t look that bad to be honest, but the color banding issue is clearly there.
Nice to see the bug has been logged however!