Just as CptEvillian wrote it has to be bruised into the very limited amount of RAM in the consoles. Nothing just happens.

System RAM as well as VRAM is now lying around unused on PC and not only that, instead we now have this hideous culling where the geometry is loaded over and over and over at the tiniest head move instead of just leaving it in memory.

Yep. In one update Asobo rendered our $3,000 gaming PCs useless for this sim as it’s now limited to $600 Xbox hardware. Sickening if you ask me.

Limiting the quality on PC because of the lack of performance on consoles is not necessary. Nobody on PC asked for it. They could easily have given us an extra graphics preset, with a warning message telling players they’re on their own if they use it on consoles. So yes, that eliminates #1 and leaves us with only #3.

I’m just saying some of these visual quality things are SUBJECT as opposed to bugs/issues/FPS those are things/data that can be measured and doesn’t rely on opinions like perceived quality.

That’s the whole point of this thread. If you don’t have a problem with it, cool. However, others do.

That’s why we want an option. We don’t want them to revert the changes, only to allow us to choose what we want, even if it’s in some hidden config file or deep in the settings so casual users don’t accidentally change things.

FYI I’ve noticed this is quite a lot more apparent in some locations than others. I guess this is the reason why some people say it’s not a big issue or not noticeable.

To be specific, I noticed it immediately after the update when doing circuits around my regular airfields such as Tromso (see trees on the hills, even when you are very close) and Warton UK (most visible on trees on yellow fields across the river) whereas in other locations (eg some of the discovery flights) it is not as obvious. I don’t know if it is the same and is just more noticeable because these areas are relatively sparse, and therefore more obvious when trees pop in against otherwise empty terrain, or if it really is different. Likewise I also find it more noticeable in autogen areas (see buildings in my video above, near Dubai I think) vs photogrammetry cities.

Sim Update 5 brought some huge CPU performance and RAM consumption benefits by culling the scenery not visible in the player’s current view. However, it means that panning the camera quickly or switching views can cause frame drops or stutters, and some obvious terrain morphing and object/photogrammetry pop-in. To many this is an acceptable compromise for better performance, but for some people this is too much of a trade-off, especially for those with high-end computers that are not interested…

My game looks exactly the same as yours, I have everything on Ultra. Before the update NYC was absolutely stunning, the surrounding areas and skyline itself was extremely detailed and the graphics were mouth watering. Now, it looks like a completely different game, this is so frustrating, i do hope it is some sort of bug and not permanent. 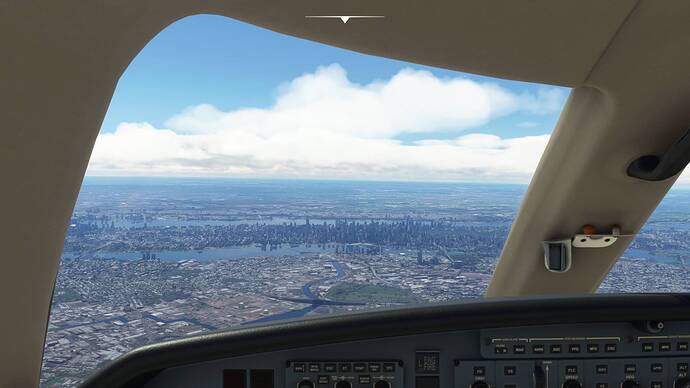 Afraid that I am done for now but have voted before I go. I hate any sort of popping into view because its totally unrealistic. How on earth they thought this would acceptable to those of us with Track IR and high end Pc’s is anybody’s guess. But I cannot fly in simulator that works like this, its extraordinarily bad.

Heres an example vid of me showing LOD pop-in due to distance and camera movement (culling I guess): 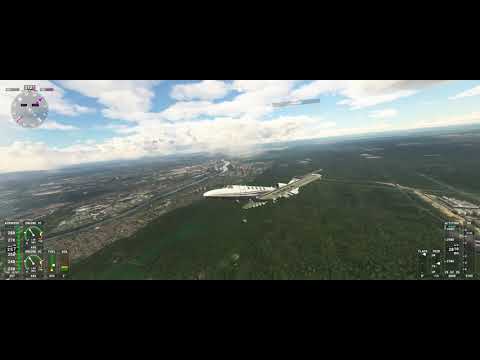 In SU4 downtown frankfurt never vanished when I moved the camera about while landing. Also the distance from which one saw frankfurt was greatly further. Now I had to be essentially ontop of it so downtown wouldn’t vanish.
Also took a long time the first time flying there in SU5 until it was loaded and shown.

I can easily see buildings in the foreground randomly changing - either in game on on youtube vdeos - its so easy to spot they must have known. I didnt want RAM usage reducing - I bought 32GB for a reason - and with a Zen 3 and playing at 4K their CPU optimisations dont help much either.

With all theyve done I still cant get 4K/60 ultra on a top GPU but it seems to run well enough on a console that costs far less than PCs.

Took me a couple days to troubleshoot loading screen issues. Then the controller panning thing. Finally got it up and running…

And then this. The super excessive LOD pop-in thing - literally feels like the sim is broken. I’m not a pilot, just enjoyed learning to how to fly in the sim, and the amazing imagery.

This feels more like a decade old game on android now.

Large power transmission towers pop into view directly in front of the aircraft.

Between Glenvista and Mondeor (In Gauteng, South Africa (south Johannesburg)) all along Columbine Avenue (the large road between those two POIs) is a chain of 3 transmission towers that extends all across the providence. As you fly, the transmission towers will appear about 1km in front of you, causing you to have to veer your aircraft quickly to avoid hitting them. If you fly above them down the road, they will draw themselves directly in front of you, and each tower in the chain won’t appear until you are about 1km away. It is consistent with this structure, the transmission towers near OR Tambo airport do the same thing.

Here’s what it looks like when I move my head to key the MCDU. Aircraft held stationary with active pause.

Ultra settings but only 6 gb of my 32gb RAM and 6gb of my 24gb VRAM utilised. As I described previously it is absolutely destroying the immersion in VR, where it looks even worse than here (I recorded this in 2d mode as I don;'t know how to record VR). 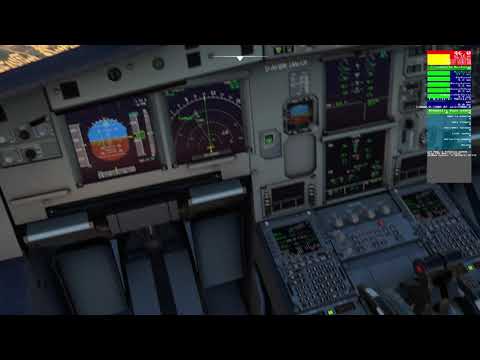 Edit - I think it is lucky there is a large park out my left window as this would normally be prime building pop in area.

Yeah, bought the whole setup to fully appreciate this sim in VR and before this update it was magical, the most astonishing gaming experience I can ever remember. I described online in a few places how the immersion and escapism was good for my mental health during a very difficult time

But yes as the sim currently stands, your 11gb VRAM on your existing card is not going to be utilised.

agreed, I had the machine already but I have purchased a few 1000$ worth of peripherals and I hope they are not going to go to waste

Here’s what it looks like when I move my head to key the MCDU. Aircraft held stationary with active pause.

Ultra settings but only 6 gb of my 32gb RAM and 6gb of my 24gb VRAM utilised. As I described previously it is absolutely destroying the immersion in VR, where it looks even worse than here (I recorded this in 2d mode as I don;'t know how to record VR). 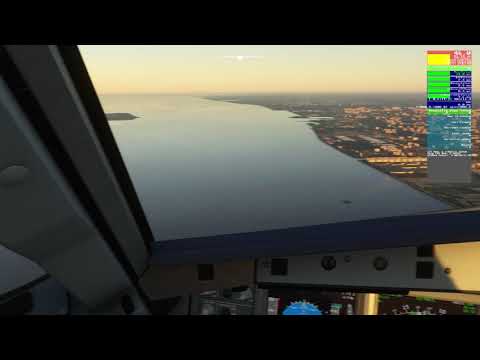 I won’t post any more videos as hopefully by now the issue is clear. As mentioned above I do seem to have it worse in some areas than others, and I have a feeling it is worse on auto-gen buildings such as these (I do not have any scientific proof though). In case it helps the devs, this was landing at ZSPD Shanghai.

ouch, those last few frames when you turned to the right, yikes… and the building look like legos…

Also, I play VR mostly, reverb g2, it’s even more noticeable in vr since it’s right in front of your eyes. It was there pre-SU5 but generally on large blocks of terrain pretty far away and much easier to overlook, now it’s everywhere and at a much closer distance. I’ve been trying to reconfig settings in 2D to accomodate the changes, but it’s useless.