My GPU is not overclocked either. Everything is set to default as well. I don’t OC because of the artifacts.

Finally, I also compared a few screenshots from before SU5 and now. Of course the shimmering/flickering cannot be seen in screenshots as an image needs to be “moving” for it to be seen.

But I do have pre-SU5 videos clearly showing the nature of the shimmering, and I believe Asobo must know what are the type of optimisations they are doing with their rendering engine which is the root cause of this.

Look closely at the trees in the 1st video in full screen (don’t look the cars):

To me this looks quite obvious:

It seems they’re using the principles of PCM (Pulse Code Modulation) to trade spatial into temporal, that is displaying alpha blended pixels as opaque pixels instead, in selecting which to display per frame using a jittering pattern over multiple frame (hence the repeating cycle I’ve mentioned). This is not supposed to be visible when compensated with the TAAU accumulating pixels over time. However even pre-SU5, on the trees in these videos, you can see some jittering still with TAA. Now with SU5 they’ve changed the TAAU accumulation spread (and maybe thresholds) per Lionel’s video, and this most likely to me is the reason from the look of it, but just from the look of it of course and I can be 100% wrong as well.

One thing that I think this user-end testing shows is that what the eye perceives as shimmer/jaggies/artifacts etc. can be produced by multiple things. It’s kind of a straw-that-broke-the-camels-back scenario: whatever happened between SU4 and SU5 broke the back for several of us-- But maybe the specific “straw” was different for each.

For me, on my relatively low-end rig, something happened with the update that caused shimmer-like artifacts when overclocking my GPU (or that were exacerbated when OCing). So by turning off the overclock, the overall cohesion of the image returns to something that looks “normal.” That’s because while SU5 took some shortcuts with fidelity, it gives much better FPS and that also helps my immersion (esp in VR). Today was the first time since SU5 I actually got to enjoy a flight and get that “wow” feeling.

But I do very much still have issues with aliasing: there are definitely more jaggies in the cockpit and in menus than in SU4 2D and VR. There is still vibration/shimmering on tightly packed, high contrast horizontal lines (e.g., runway stripes viewed on the perpendicular). There is still some shimmering on distant objects like rivers and some buildings. And finally, as per CptLucky’s post, the trees look like they’re at a rave or something. [And this is not even talking about all the other issues, which I feel are OT for this thread].

So I think it’s important for us to keep posting our straws as they come, so to speak. Never know what might help.

To me it is way more shimmering on buildings, trees etc. outside, but also inside cockpit, especially on EFIS displays.
It looked ok before SU5…

Hi guys, I was able to take some footage directly from my headset. The resolution does not seem to match exactly 1*1 but is close to what I perceive through the lens if you put the resolution to 4k in youtube.

In order to make exact reproduction as easy as possible I used a flight training scenario (the landing challenges such as Dusseldorf and Rio have much more obvious shimmering but in those I am unable to use active pause to hold aircraft stationary). The shimmering in this location is not as severe as shown in other videos above but it may have some value when compared to footage captured by camera phone as there should be zero additional movement introduced by moving the capture camera or lens effects - therefore the slight twinkling/shimmering of the buildings is purely coming from the rendering. Headset is stationary on the floor. Note there is no twinkling/shimmering at all on other parts of the image such as the aircraft, sky, hills etc. 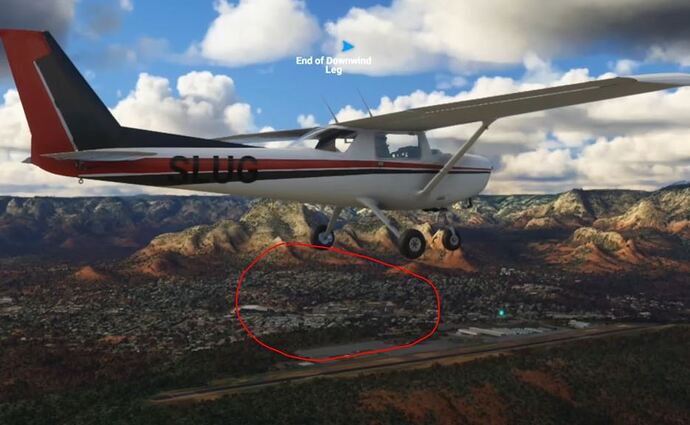 This user-end testing shows is that what the eye perceives as shimmer/jaggies/artifacts etc. can be produced by multiple things. I

I believe you are 100% right there are different types of shimmering. However there is the type which is expected due to the physical nature of computer graphics and there is the other type which only appeared since SU5 and which I personally find perfectly illustrated in its effects (my video at Santiago Chile) and in its root cause (my video with the cars).

There are definitely more jaggies in the cockpit and in menus than in SU4 2D and VR.

These are most likely and specifically for a totally different reason than the shimmering I’ve posted videos about. Here is:

Ok, you guys keep believing your monitor can display higher than native resolution. I’m done here. We can agree to disagree.

I agree with you, I’d laugh if someone was telling me this!

NB: antialiasing only consists in finding ways to sample the signal at a lower frequency than the Nyquist one in order to save computational power, while trying to minimize the sampling error, but it can’t fully eliminate the error.

And this is another type of visible consequence of the effects of the sample theorem, in a form which is known as Moiré pattern

1 month to wait … until they fix this issue

Don’t get your hopes up, not gonna lie I expect it to be like this for years to come lol

It would be greatly appreciated if we can get a fix asap to resume our hobby. With the pandemic going on, flying is stress relief (when it works) for many of us.

You can clearly see what we’re talking about on this stream at 4K and 2D.

Look for the far distance buildings and surfaces of the plane, you may see the shimmer and jaggies (or whatever the technical term you name it)

** This streamer have set render scale to 80 but on my system I have set 100 and have the same visuals. Please don’t assume it’s related to reduced render scaling.

By the way his videos are cool to follow major news regarding the sim so I suggest to have a look on his effort and channel. 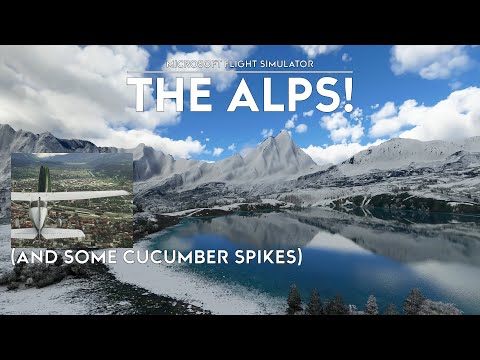 I see this only in the Display of the Reverb G2 in VR, not in the non-VR Mode. See the Video, it was captured with WMR recording. I see the same in the Display, Buildings in medium range are shimmering. It is much more visible in the Display, than on this video because of the Pixel size.
6 Likes
CptLucky8 September 12, 2021, 1:21pm #154

For clarification:
RTX 3080 FE
Reverb G2 (WMR & OXR)
All settings were unchanged from pre-SU5, where this issue did not exist, = perfect picture.
I tried resetting settings, Nvidia CP default, OXR50, OXR100, OXR150.
Render-Scale 100, all settings Ultra, etc. The issue persists regardless of settings.

In case you guys have something to add…

@Jummivana Since weeks have passed since the release of SU5 and the Dev Q&A has been delayed, I wanted to outline a few items that I believe we are all hoping (and deserve) to get some in-depth and clear discussion and feedback on for the upcoming Dev Q&A: 1. Clarification on what happened with the Sim in SU5 and why. Quality took a huge hit. (Own up to the fact that performance “optimisation” was really a severe graphics downgrade to adapt to Xbox Hardware) Will the Sim continue to be restr…

Really good examples, especially the first one of the autogen buildings! That’s what annoys me the most.

I have Reverb g2… I still don’t have the AA issue. Could be drivers… could be a lot of things including it not actually being a sim software problem…

@CptOveurOver It makes more sense to have this discussion here.

I don’t disagree with you. But many have the issue and have documented it.
Hardware and Software (incl. drivers) was completely untouched and the issue appeared with the release of a SU5 hot fix. It’s interesting you do not have the issue though! Did you check out the videos above? As you can imagine, seeing this ruins the experience completely.

I wouldn’t waste time with Q1 - what purpose will that serve, even if they believe it worth answering. I don’t agree with 2 - my clouds are just as good as they ever were. Similar with 3, other than in VR where AA is a problem in menus especially and with the overlay windows in game. 4 is the only question here I’d support. EDIT - should add that I have the Reverb G2 too and have a great experience save two points - the menu AA as mentioned and the colours are lacking vividness - we could do w…

You have a G2 and do not experience the issues seen in the videos above?
What graphics card are you using?

No so that I notice. I suspect much depends on what settinsg you have in game/in OXR and WMR. I have an RTX 3080. I see it in the menus - very bad a noticeable, but if it is in the sim, then it’s no-where near my top 50 issues.

Interesting. The issue is extremely noticeable to me and may others in this post (as seen in the videos).
I have changed settings more than ever before without effect. (never had to change settings before SU5).

Small correction: the issue did not appear with the SU5 hotfix, but with SU5 itself