it doesn’t look as bad as

because you compare a flat-green area with a area with rivers and streets. 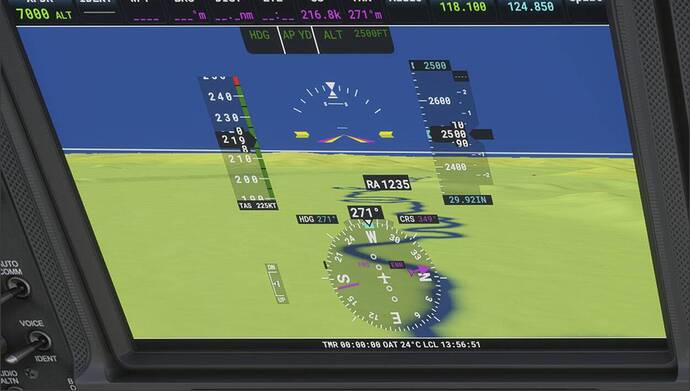 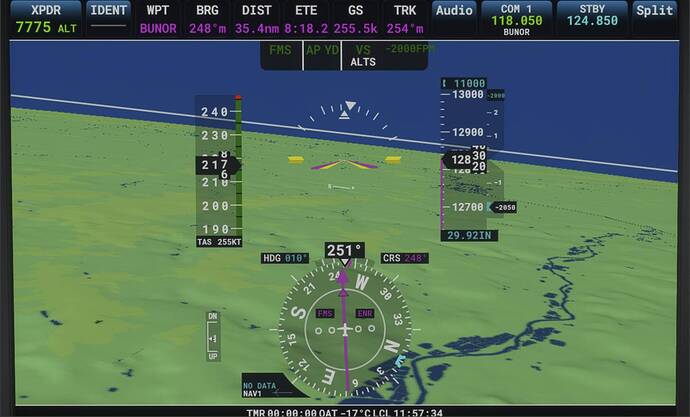 To clarify, are you suggesting that all of the AA shimmering posted on this forum is “normal behavior since day one” or just the shimmering in the Garmin?

I seen such AA artifacts in the “Navi’s” more than year ago in my videos, and I have near 4K… that’s what I mention, nothing else ( it was just these reported video from these user which want to proof with that, that there are horrible AA issues since SU5 ).

Another screenshot from a video 17.Sept.2020 on my channel: 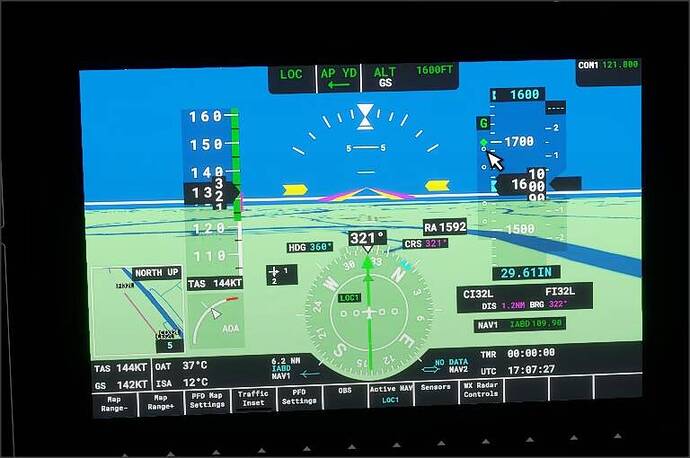 Alas, the screen is one thing, I think others and myself can let that slide. The screens doesn’t really bother me.

What we all agree isn’t okay though is the actual scenery shimmering.

Is this shimmering bug affecting every user, or is it just a handful of hardware configurations?
There are a lot of YouTube videos out there which seem to have no shimmering at all.

Its much more noticeable in VR than in a video.

And there are also some VR users who dont get it apparently. Im very jealous of them!

i think it’s affecting many simmers , i saw multiple streamers on twitch that have the same issue than us but i’m not sure if it affects all people (i don’t use VR)

This also depends on the sun light incidence angle vs the view direction vector. I’d bet 100% users have this issue when exactly reproducing the same conditions I’ve posted in this topic (Santiago Chile, early morning sun about 10º above horizon in the back).

I’ve reported other problems with the shader code which are noted in the latest dev update: [BUG] Shader code 'viewdir' and shadow/light rendering are inconsistent on right eye

And the “shimmering bug” is to me clearly a combination of a bug similar to the “viewdir” one, and it is also most likely related to the “broken reflections in VR”. In effect just go outside the aircraft low on the ground with the sun behind the aircraft low on the horizon, and notice a shimmering pattern on the ground relief/details which shows as soon as you move the camera sideways, and which smoothen out and stops after a short while, but this shimmering is much less visible when moving the camera up/down instead. This to me seems to be related to the deferred reflection probing which is amortized over a series of frames and causing the shimmering on the ground during a certain number of frames and only when moving side ways.

I also don’t use VR but it is still very noticeable and immersion destroying. Since the bug is marked “logged” I really hope that there will be some sort of a fix in the coming SU6.

I have found something that worked for me:

In NVIDIA control panel, I set the AA settings to this: 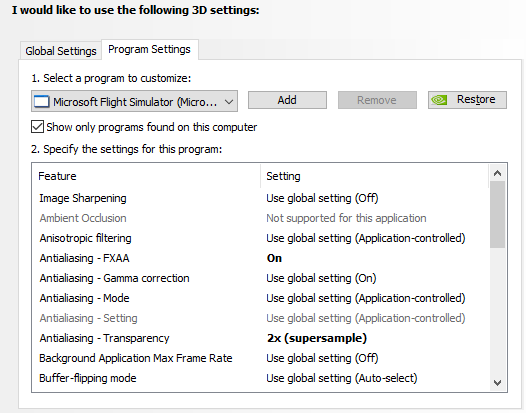 The artifact is completely gone now. It was very bad before.

I don’t know if this will work for GeForce cards, but it’s a world of difference for me.

This shimmering is definitely not an FS issue, it’s something related to the Nvidia cards.
My AA shimmering started (also in other games) early summer when I updated bios / driver on my 3080. now I see shimmering sometimes when thin lines are next to each other in distance

In the next simupdate 6 they will fix the “viewdir” and the “broken reflections in VR” bugs.

Then we will see if the shimmer is still there or not. Let us hope it will be fixed

Thank you for your suggestion. Unfortunately it didn’t work for me (RTX 2080)

Let’s hope it will. If not, at least with these 2 bugs corrected, we’ll have twice as much eyes to see the shimmering better

I only see the shimmer in MSFS 2020. Every other game in VR works great…

I am very excited if they will talk about the “shimmer problem” in the live Q & A next week. Hopefully we get some answers🙏

I finally pulled the trigger and reinstalled the sim yesterday. The reinstall did clean up some issues (I was still getting the start in safe mode error for example, despite having long emptied by community folder; I would also get some texture flickering that now seems to be largely gone).

But the fundamental issue with shimmering (running, squirming jagged lines on horizontal edges [including buildings and mountainous horizons) is still present.

Im pretty sure they wont on their own accord. Maybe if enough people bring it up in the chat

I watched some recent footage and every video shows the same problem, which makes me wonder, why this topic is not more prominent. The issue is clearly visible. I hope we can expect some sort of fix in SU6 but it could be helpful if this topic gets more upvotes.

We have to ask tomorrow in the live Q & A when they will fix the shimmer bug.