I currently play on Gamepass. I really want to buy a boxed version of Flight Simulator but I don’t want to relive the bad old days of disc swapping. I would like to keep my digital version installed but detach it from gamepass. What is the best thing to do ?

Ah, why? Just curious… What’s the point of owning the media? The discs will be grossly out of date with the current version you’ll need to update to (so your downloading gigabytes anyway). You can’t run the version you want, you always need to run the latest version to connect to their service. And you won’t be able to play it when the Microsoft takes down the servers, as we all found out during the big outage and the game wouldn’t load. (and this is coming from a guy who buys CDs and vinyl still)

It’s a bit of a bummer, but maybe sign of the times. I thought it be cool to have the MSFS2020 media next to my FSX box. But I can still fire up FSX after all these years (if i wanted), not sure if MSFS2020 will be like that in 10-20 years being so server based.

What’s the point of owning the media

Some people like having that stuff for collection purposes. Like he said, he doesn’t want to actually use the discs. He wants to use the digital version, but wants the boxed packaging. There are people out there that have every boxed version of FS from the originals to today. I also know a lot of gamers who have bookshelves of physical media from games they bought going back to the late 80s. Collectors are collectors. They don’t need any reason to do what they do other than they want to.

I would like to keep my digital version installed but detach it from gamepass.

I don’t think that’s actually possible, as the sim will always ask for Disc 1 to be in the drive before it runs if you have the physical version. And I believe it will require you to install from the discs at least once before using it.

I could be mistaken here, but from past threads on the subject, that’s what I seem to have taken away from them.

Personally, I think it’s more trouble than it’s worth, but that’s just my own opinion.

I have a collection of Flightsim related boxes on a shelf (including Flight Simulator II for the C64 and Flight Simulator 2004). With everything going digital, I appreciate how rare physical copies are becoming. If I don’t need to pay twice (plus what i have already paid on gamepass) for the privilege, I would like to find out if there is a way.

@Sybull27 Yeah, I get the collection aspect. As I look at my CD and vinyl record collection. I was leaning the same way, but then they didn’t give you a digital license I passed… Be nice if they did, don’t see what the big deal would be. That was really just my point, more of a complaint they could have provided the collectors box and a digital key for their store.

That would have been the ideal scenario. Why they chose to go the way they did, I don’t know. It makes little sense to me.

Honestly, it still surprises me that in this day and age, people still have optical drives on their recent model computers. The last system I had an optical drive in was an i7 920 I bought back in 2009. Systems without optical drives were already a thing at the time I bought that one.

The only thing you need to do is to enter the key (from the keycard in the box) in Microsoft Store. 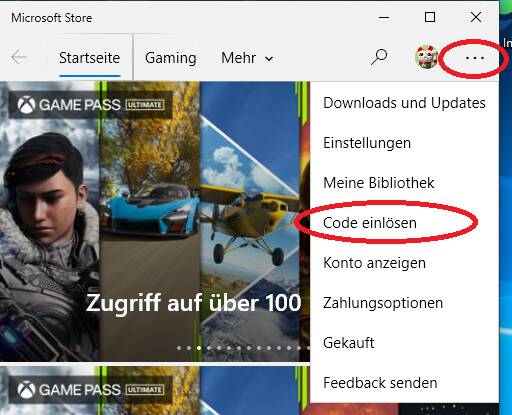 That’s cause you had the Gamepass version installed and used the key on top of that.

If you don’t have the gamepass version installed (or you cancel gamepass), it won’t work any more.

For the OP - no, there’s currently no way to have a fresh install of the digital version using the key from the physical version.

If there is a way (without Gamepass), I’d love to know myself. Everything I’ve read indicates that it cannot be done.

Many thanks for that . That has made my mind up then. I can now buy the boxed version