Can we get ground physics fixed especially during cross wind

Cross wind employed in RW during the ground roll

What happens in MSFS right now:

The crosswind component also doesn’t exist if you are stationary. It only comes in when you start moving.

I would argue it does if the wind strong enough! Wind can lift the wing or make whole airplane fly off! That why IRL we “chain” parked airplanes to the ground 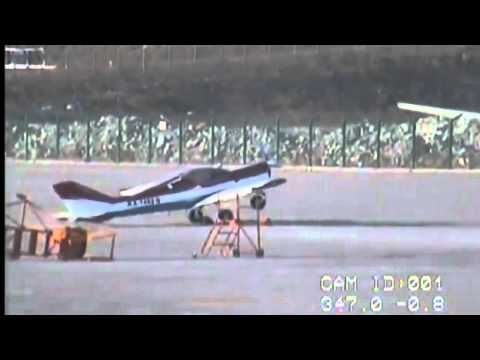 No, it doesn’t. Fire up the dev. Mode, create a crosswind manually, then turn on the “Debug aircraft Speeds” window.

Or just watch this. Keep an eye on the “Cross wind” readout. Watch as it sits at 0kts, then increases to match what it actually is as I move. It should be constant whether you are moving or not.

I can’t see which rudder you are pressing but I see airplane weathervane to the left as you pick up speed . I don’t use developer mod but rather live weather and wind sock for wind interpretation

You’re missing the important thing in that video. In fact, there is another thread discussing this, and I wasn’t the person that first reported it.

Ignore what the plane is doing, and watch that window with the text in it, specifically the line that reads “Cross wind”.

Think on this. The wind I configured in that video is at 20kts directly from the left This is then halved at ground level, to a steady 10kts with 0 gusts, as the video states.

Would you agree that the plane should be experiencing that 10kts wind from the left regardless of whether it is moving or not? Ignore the windsock, and the weather vane you see.

The answer of course is yes, you should. Except the readout there shows that there is 0 crosswind until you reach around 40-50kts. If you watch the video again you will see as I start my takeoff roll the crosswind component gradually come in until it hits 10kts. This is the reason we are feeling that lurch on takeoff.

You have right rudder in to compensate, but you don’t need any at all as you start, and have to increase this as you build speed. It should be showing the crosswind felt when stationary. The current theory, I believe, is this is a fudge to mask some flaw, possible static friction.

The original thread is here, and I would suggest you have a read as there is some interesting stuff there.

I’ve had wings lifted on the 747 just before touchdown, causing an engine strike on the opposite side. I’ll admit there was strong x-wind. But still…?

Was it a side slip or decrab landing?

It was a decrab. I didn’t respond quickly enough with ailerons to counteract. The engine strike made a horrible scratching sound that gave me shivers.

Upvoted, but I would like to call your attention to what appears to be a typo, and a not precisely explained effect:

It’s actually rudder downwind / away from the wind, and…, as you correctly wrote next, aileron into the wind…

And bellow that you wrote:

“Airplane weathervane (pointing nose toward wind side) while being on the ground and during ground roll (take off). This is incorrect !”

No it’s not a typo and I didn’t refer to gliders but rather airplanes. Just to be clear I don’t draw my confusions from imagination. I’ve been flying since 2002 and have commercial and flight instructor certificates. I also own an airplane IRL.

My comments refer strictly to fixed wing. I will let people who fly gilders to comment on how they behave. Gliders and helicopters hasn’t been formally introduces to MSFS although I’m awaye 3rd party models already exist

Weathervaning only occurs on ground!

Once you are in the air, from an aerodynamic/performance POV, crosswind doesn’t exist!

Just to make sure, if the wind is from the right, you apply right rudder to keep your aircraft straight?

Please read carefully! Airplane weathervane when about to airborne! If proper cross wind controls applied it will be pushed to opposite to wind side.Because aileron to the wind preventing airplane sideloading. As soon as pilot ease up pressure from nose wheel airplane will start pivoting around center of mass to the wind side. If pilot doesn’t side load airplane airplane should weathervane while three wheels are firmly touching the ground

Also I do not understand what do you mean by weathervaining occurs only on the ground? Airplane weathervane airborne as well as long as there is crosswind. Remember crab and kick crosswind landing technique? Crab is pretty much letting airplane wethaevene while offsetting heading to compensate for a drift. Here is a good example: 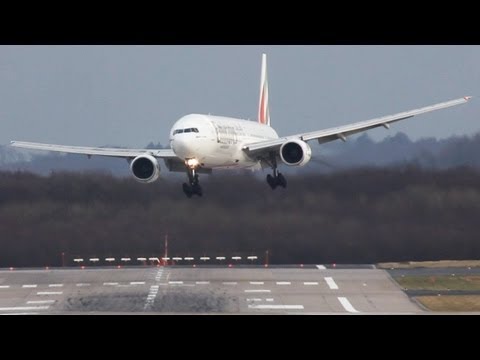 Also note: wet runway my have a different effect on airplane! For example hydroplaning will make airplane weathervane much earlier than on dry surface

Airplane weathervane airborne as well as long as there is crosswind. Remember crab and kick crosswind landing technique? Crab is pretty much letting airplane wethaevene while offsetting heading to compensate for a drift.

And again, confirm that you apply right rudder during the takeoff run if the wind is from the right.

I apply whichever rudder to keep nose on the centerline.

Also you should understand it depends on the wind and it’s strength. For example with full direct right crosswind at 17 kts (no gust) in 172 calls to hold full left rudder to stay on centerline (this is with proper aileron deflection). In contrast if you sideload airplane and skid that is when most likely airplane will weathervane on the ground. But we don’t discuss here failed crosswind control circumstances.

For example with full direct right crosswind at 17 kts (no gust) in 172 calls to hold full left rudder to stay on centerline.

That’s exactly the opposite of what you’ve written in your initial post,
but at least at this point I now agree with you.

Also I’m sorry if sound none sense to you but that how I understand weathervane . Perhaps it means something else to you .

Probably worth mentioning that airplane with clockwise rotating prop adding P-factor tend to yaw to the left. So wind left crosswind more noticeable than to the right

If you correctly apply left rudder in a right crosswind condition, you are applying left rudder to prevent your aircraft from weathervaning to the right, into the wind.

So what you are saying I’m no RW pilot?

There are few points to consider! I define wetharevane as airplane point at which airplane nose (yaw) into wind direction Meaning, left cross wind - nose is pointing toward left, right cross wind - nose is pointing toward the right. Most importantly I’m talking about yaw only due to wind! Not due to other factors like P-factor, slip stream and so on.

When airplane on the runway with three wheels firmly adhered to the ground. Pilot position full aileron deflection into the wind to compensate for side loading which happens when wind lift one wing and pushes airplane to other side. During your initial run airplane doesn’t not point nose into the wind until it pick up enough speed and about to to lift off (I’m not talking about rudder pilot apply due to P-factor) So the full effect of yawing into the wind (weathervaining) pilot experience right after lift off. In current MSFS state ground friction is very low and airplane (on the ground) weathervane at very low speed sometime even stationary. This is incorrect.

I are free to agree or disagree. You may vote or not. But I don’t argue any further. I’m happy that in you world airplanes don’t weathervane airborne. In mine do! Fly safe! Peace!

I are free to agree or disagree. You may vote or not. But I don’t argue any further. I’m happy that in you world airplanes don’t weathervane airborne. In mine do!

I’m not going to argue with you anymore.
Your hair-raising explanations in this thread are a real eye opener, and not only for me.