Carenado Piper Arrow for MSFS to be released imminently

Carenado just announced this. It looks good and I like their stuff, but this may be the first one I wait on - JustFlight has one coming too, and I believe theirs is gonna be a little more high-fidelity than what Carenado normally does. We shall see.

Yeah, it’s weird. They have so much aircraft they have yet to bring over and they bring one that’s already well on the way…

Just Flight told me on Twitter that they test their planes in VR. Carenado does not and they have the double-cursor issue

Just Flight also have their Turbo Arrow close to go as well.

We are going to have an abundance of choices soon.

I’m really hoping JF do one of their bundle packs with both versions in it.

Yeah JustFlight is going to be the better airplane obviously, Carenado doesn’t make good planes. I still regret buying that broken Seminole which I couldn’t get a refund for. JustFlight told me their plane will also be for sale directly from them so no need to use that garbage MS store that rips you off, so that too is good news. The word through the grapevine is it should be ready in a couple weeks.

I guess the airplane pipeline is a few months, so Carenado and JustFLight did not know about each others’ efforts. I am guessing here that Carenado is rushing this release to have it out before JustFlight to catch some customers. Just a guess. I will wait for comparison reviews in this case.

Yeah. The interior is very different too, as well as instrument arrangement. JustFlight looks a little different while Carenado’s looks almost exactly as the Seminole.

Mainly the mag switches go absolutely nuts when I use them with my Alpha ignition switch and also with my homemade ignition switch. The trimming is almost non-stop since the flight envelope pitch changes are all over the place and the trimming speed is too slow for the Bravos trim wheel. If you could get to the flight_model.cfg then that could be fixed, but alas it’s encrypted. It’s just a disappointment all around and it costs much more than it should, I’ve flown better freeware aircraft back in the P3D/FSX days. Of course that’s back before everyone got greedy and started making planes to make money rather than as a passion.

Yeah. The interior is very different too, as well as instrument arrangement. JustFlight looks a little different while Carenado’s looks almost exactly as the Seminole.

Just Flight are doing a Seminole ?

Wouldn’t it be pointless releasing it (or at least buying it) prior to the upcoming “Sim Update” being as we already know that there are handling issues in the current release? (flaps, but I suspect there are other things as well being as I find it hard to keep planes on the center line at take off… including jets)

Would be a bit odd to release it and have to update it a week or two later (especially if update has to be authorised in MS store first).

ah OK. While both are Steam Gauge with a 6 pack, I think (as posted above) the Just Flight Arrow is a much earlier model. It definitely has that retro 70’s look to it.

I kinda like JustFlight’s cockpit better. It feels “cozy”… The Carenado version probably has those awful blue lights for the night-time illumination too - that’s one of the things I don’t care for in the Seminole. It’s not devs’ fault, just my aesthetic preference.

This is the Turbo Arrow, very similar to their standard Arrow 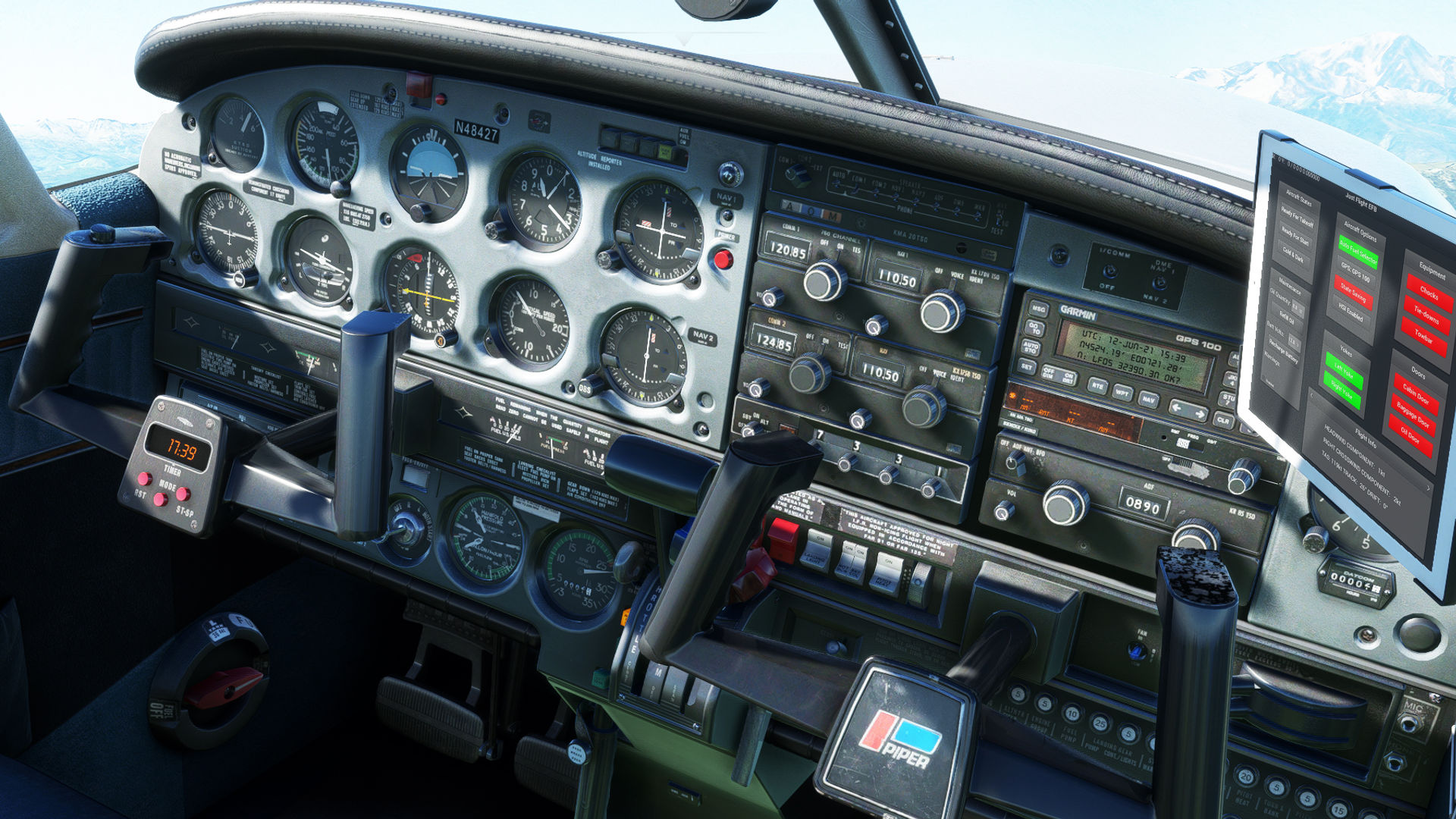