Yeah. me too. And I love it - except the ground handling on takeoff. As soon as the tail lifts up the plane steers hard to the right.

It does seem to veer a bit, but many of my tail draggers need a lot of rudder on and right after take off. One odd thing I noticed was that I tipped it over when I first landed it (my poor skills), but it didn’t indicate a crash. It just sat there flipped over, with the engine still running. I have crash detection enabled, so not sure why this one acted that way. maybe there is a setting in the ‘ipad control panel’ these carenado airplanes display on startup that I need to check.
Lots of fun to fly around, I love the view out the cockpit.
Mark

True that thing tips over like nothing. I tought I wasn’t rolling any more and put in the parking brake - face down… No crash detection enabled tho.

Does you compass work?

Yeah, it wants to run me off the runway, though it’s fine once airborne. Love the sound and the looks!

The sound is really awesome specially from external view. And the copckpit looks more detailed than the other carenado planes. Must be the vintage style.

Shes a handful! Especially on the ground… that takeoff is wild… Not sure what I need to do to get it under control. Landing was ok, although it quickly runs out of elevator authority. Oil temp does not work, EGT and CHT does nothing… documentation lacks… she flies nice when in the air… need to step on the ball and coordinate turns… trims up straight and level really easy.

Bought it just now. Happy to see a more economical price than the other Carenado offerings. I would not have bought it at their higher prices, because I did not think I would like it.

Well I was wrong. What a character-filled aircraft. Take off was a disaster and I needed full aft trim to maintain a climb. But when airborne it is very nice.

Might need to adjust my controls to give more range as I could not loop it. If I do, I will make a note of current settings first.

Not sure why it has a manifold pressure gauge when only a throttle and no prop lever. I flew a Piper in real life with Constant speed prop, and it needed both levers. Any ideas on that?

I did land with no problem. But I was very gentle on my toe brakes. This thread alerted me to this before purchase. So I flew it accordingly and it came to a stop just fine.

Only tried one livery so far. I like it.

Gonna fly the heck out of it from both seats. Yes, you can move forward to fly from there, and the instruments work in the front.

No regrets buying it. Now please Asobo don’t break it with a future update…

Once I got in the air with it, I love it. On the ground, I struggle a LOT. Keep in mind, I don’t have a proper rudder yet, so I have to twist the joystick, and the way this handles requires you to twist it all the way. It’s tough because it seems to happen all at once. I have yet to take off without running off the runway.

I’ve experienced exactly the same. The second problem with a setup like this is the landing. You can only press a button to break so it’s 100% or nothing. Really hard to not kiss the ground here…

There is also an issue with the CG loading being forward, which may be exacerbating the takeoff issue.

But the mirrors are functional. No fake mirrors here. That really surprised me.

No icing or rain effects on the wings tho. Rain falls “through” the cockpit.

Bit the bullet and decided to buy this. I wish there was ability to “close” cockpit, as in not have it open to elements, kinda like canopy. I am not sure if those planes had that but would be cool.

It has tendency to dance on the runway, be careful when you take off.

for those having probles with the airplane torque effect after the tail leaves the ground try turning off torque effects in the game settings.
a radial engine of that size in a light airframe will create torque effects and they are modeled as they should be.
additionally, don’t slam the throttle all the way up for take off but do it gently and apply full throttle only after the tail has lifted and, again, progressively and gently.

I whish they had included a panel with retro instruments, the only thing holding me back for the purchase of this one, besides MSFS not supporting biplanes flight model, is the panel with modern instruments.
it is cool to have an IMC able biplane but I’d prefer to have the option with vintage instruments and fly Richard Bach’s cross country flight from Biplane.

How do you know they’re modeled correctly if you haven’t flown the plane? Would love to see you pull off a smooth takeoff in this plane so you can teach us all how it’s done, because I definitely can’t figure it out.

I have tried smooth throttle. You can get the tail off the ground at about 1/4 throttle, maybe a little more, but it doesn’t matter. Soon as that tail comes off the ground, this plane is going about 90 degrees off the runway. If you compensate with full rudder the other way, it takes a bit for it to do anything, then it goes 90 degrees the other way. If you turn Auto Rudder on, it still can’t keep the thing on the runway.

I think it has more to do with this: 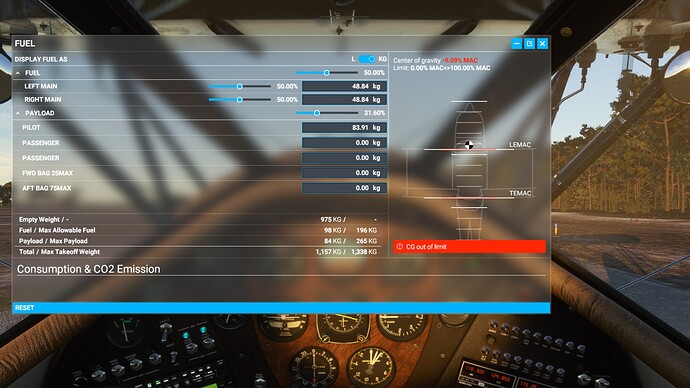 try to apply some weight on the rear, if that sorts out the torque effect then it could be a balancing problem.
nevertheless…there are three seats in this waco, that seems to be definitely an error.
I’d be honestly surprised if carenado (who have a very long history of flight simulator addons) had released a plane with a flawed model as that would have been very explicit during the test phase.
there are many resources in the net and video showing the so called “rudder dance”, especially concerning taildraggers.
this is a very good example (boeing stearman, very similar layout to this waco), look at the work that has be done witht the rudder to keep it centered, no wonder that people with autorudder and twist joysticks are having issues. 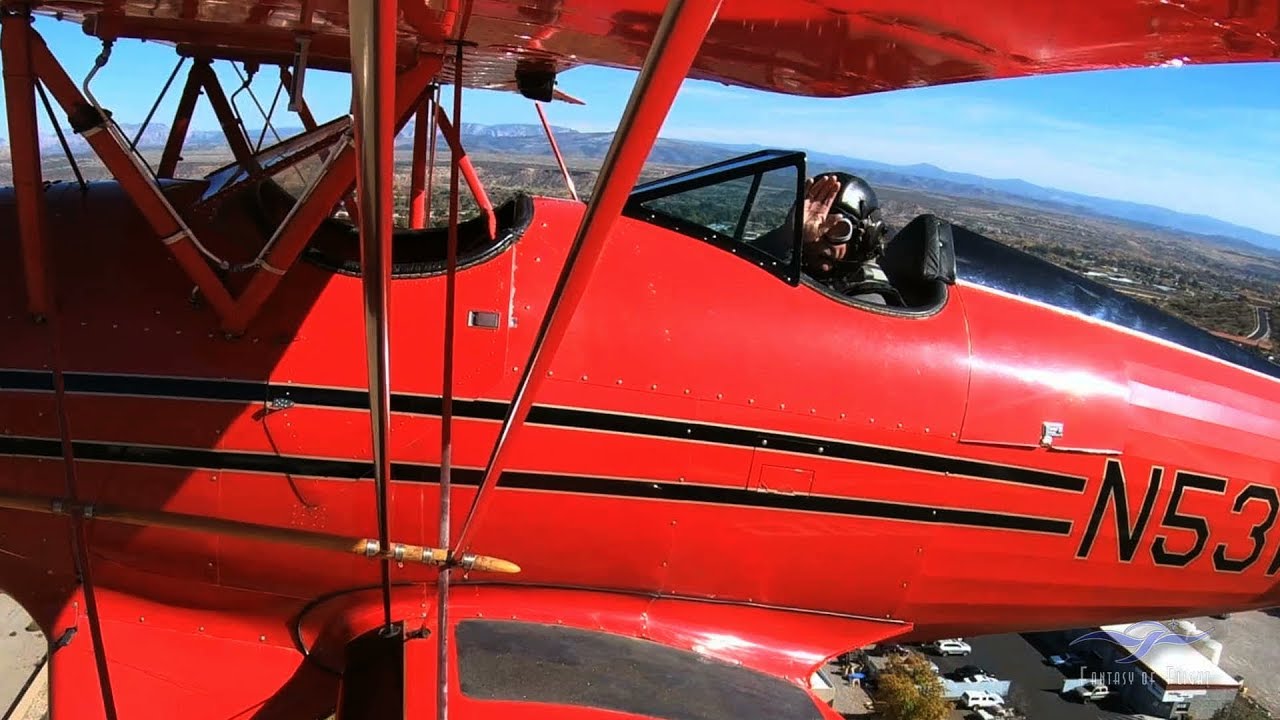 and also here, there’s an interesting comment from a real world pilot learnning to fly the real world waco:
http://www.mutleyshangar.com/reviews/js/waco/waco.htm

another very interesting point, have they modeled the tail wheel locking? that is essential to taildraggers and, if I remember correctly, the waco has a tail wheel lock.

I had already attempted to add weight to the rear, putting in the maximum allowed. It didn’t change the center of gravity issue very much at all (from -9 to -6) and didn’t change the issue on takeoff. If you look at that guy’s video, he’s making pretty modest changes in rudder back & forth. With this plane, you’re going full rudder just to keep it on the runway and it’s still moving. It’s full rudder left, full rudder right, rinse & repeat until you’re airborne. I was able to find a way to get it off the ground consistently though, but it’s quite a battle. If you go half throttle until it gets to about 35 knots, then slam it to full throttle and be ready to go full rudder just after that, you can keep it off the grass, then full rudder back & forth. It’s still moving quite a bit, and very jerky, but can get flying at least.

seems it could need more rudder authority in the flight model.

Yeah, and the balance figured out. Don’t get me wrong, when this thing gets airborne, it’s a dream, at least for somebody like myself who is too dumb to know whether the biplane flight model is accurate or not. The sound is amazing too.

I flew it last night twice. Take off very challenging but doable. However this morning every time I click ready to fly it ends up nose down into the ground and I “crash”. If I try arriving in the air the throttle is not responsive and I deadstick land. I found the fuel pump off and fuel tanks not open. 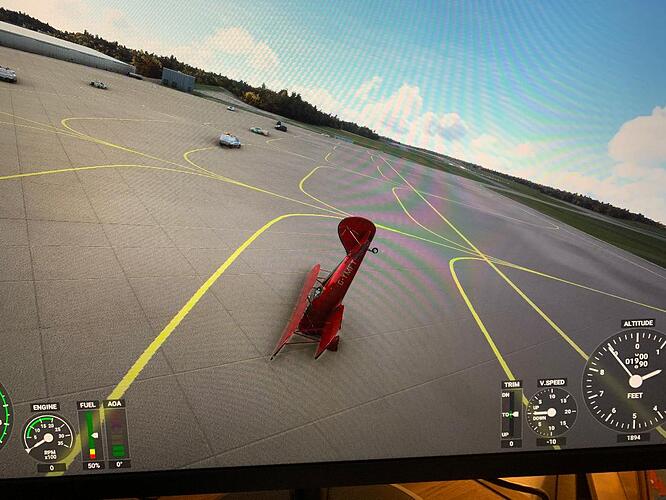 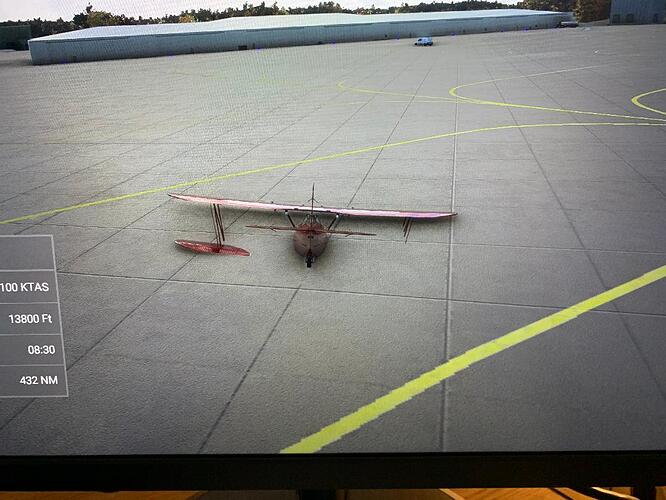 I love the plane, the flying and the landing but not the start.
You can lock the tail wheel with a key in the menu. But when the tail wheel rises it is so difficult to hold the Waco in straight direction.
In my opinion it’s a really good price for this beauty.