When we reached out to Corenado we were told the problem was with MSFS. Last I looked there wasn’t even a mention of this plane on their website.

I plan too but I am a customer of Carnedo and have been for a long, long time. All of their aircraft are top rate.

$30 dollars for the G1000 that is included with the stock airplanes, no thanks.

I would like to see Carenado update their Premiere for FS2020.

I’ve read a lot of negative things about Carenado but I’ve purchased several aircraft from them for X-plane 11 and FSX as well as FS2004. So I purchased this one. Things I’ve found that I hope will be addressed (haven’t flown it much yet, but…) are there is no checklist. Also, you have to get the documentation by digging to their folder after installed (…\Official\OneStore\carenado-aircraft-ct182t-skylane-g1000\SimObjects\Airplanes\Carenado_CT182T_Skylane_G1000/Documentation folder)… and not much documentation on the aircraft really.
I do appreciate the sounds… at least when you touch down for landing it doesn’t sound like an empty dryer tumbling down the runway at 60kts. – 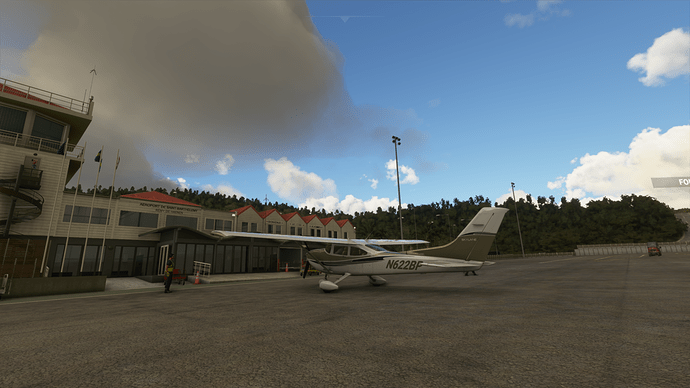 Microsoft Flight Simulator 9_2_2020 8_18_51 AM1280×720 888 KB
One thing I found that when you go to select a livery they all look the same - so I used the Developer mode to remake the thumbnails. I’m a ‘simple simmer’ - I’m not as picky as most about the technicalities but I enjoy flying it. They’re ‘pretty’ as they say and it works for me.
As for installation issues with it and marketplace I would wait for the update coming that addresses those type issues. But I’m lucky in that I haven’t had any problems, I guess.
Screenshots are how I updated the thumbnails and my favorite color scheme.
Angernerve closed December 10, 2020, 9:16pm #26
← previous page