They did fix some stuff in the Turboprop engine modeling, but they have other fixes planned for the next two Sim Updates as well (SU6 and SU7). We’re gettin there…

Hm the screenshots look not good. Flysimware is no quality.
You should better wait for true Carenado AAA graphics before wasting money for another simple FS2004 and FSX port with outdated simple graphics to waste 25$ on.
I mean look at that, the cockpit seems to be for the Nintendo64:

You should not install such low quality trash, but for a tiny bit higher price you should install this:

As far as I was concerned back 10-12 years ago, the flysimware plane was fine and fit my purposes perfectly. The C402 is what I’m looking for for specific reasons. I’m not interested in the C404.

I understand the desire for a C402, I’ve flown them personally and would absolutely love one in MSFS. Saying that, I’m happy to substitute the C421, as it is the same airframe, only pressurised, and hence has round cabin windows. Otherwise, it does the job perfectly.

It depends which quality you need more, eye candy or system depth. I would always go for Flysimwares system depth.

Hm normally I prefer clean and new cockpits, but some cool realistic grunge look on seventies and early to late eighties airplanes can look good too (as long as it´s not over-the-top dirty grimy and ugly and unrealistically copy-paste scratched every inch of interior material.)

Take a seat and enjoy the flight.

I wonder what people want to choose a highly specific airplane type… Maybe because said aircraft had a significant role in a cool movie, or they have flown exactly this aircraft themself, interesting from a psychological point of view because in many aircraft series the same wings the same airframe even the same cockpit was used. The DC4 wings and hull were used till the Douglas DC7, and Cessna Piper and many others do the same with their airplane series.

It depends which quality you need more, eye candy or system depth. I would always go for Flysimwares system depth.

Hmm… I want both

But yes a Cessna 404 and a Cessna 421 Golden Eagle from Flysimware would be an absolute must-have. 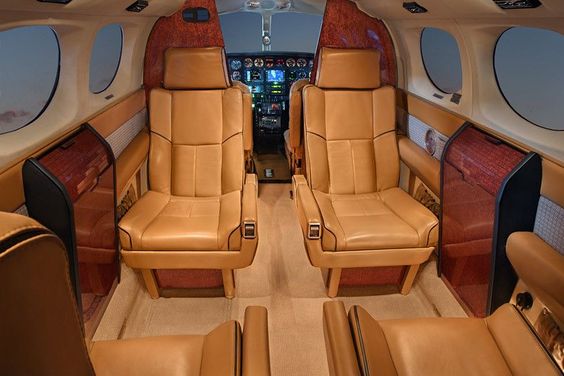