I doubt it is with the mod, but will ask anyway… Is anyone having an issue sporadically where the AT will continue past the speed setting?

For example, I climb to cruise using FLC at M0.80, which once I get to set altitude goes to cruise speed set at M0.80. I then increase the value to M0.82, which is my normal cruise speed. I will say 50% of the time, even though I will have the speed set at M0.82, speed will keep increasing, and will go into overspeed if I let it. To resolve, I have to greatly reduce the set speed, until aircraft speed starts reducing, then set back to M0.82. Sometimes I need to do this a couple times to make work.

Like I said, doubt it has to do with the FD mod, everything else works great.

I’ve noticed this. And I’ve been working on an adjustment for next update that helps tame this problem.

All:
Here are the changes that I’m including in an upcoming update to Longitude. I pushed the last update out to respond to the annoyance of those inaccurate and uncontrolled annunciations. Now that I’ve had a little more time to make some additional changes, here’s a list of the changes I’ve been able to make. If any of you have any other items on your wish list (that aren’t G5000 suite or 3D modeling changes), please let me know. I’ll probably upload the next update in the next week or so.

You keep raising the bar Dakfly. Deep appreciation for your outstanding continued efforts. Among your other considerable skills you can now add ‘annunciation master’ to the list!

slight request
dont know if possible on your side, anyway, really no big deal

is it possible to have BANK come ON/OFF automatically ?

thx again for your amazing work

Brilliant. Thank you for the effort and work keeping this plane flying in the virtual sky.

Unfortunately, I haven’t found a method of “breaking into” those autopilot features other than the basic stuff in the systems.cfg file, half of which doesn’t work anymore (or never did).

I just updated MSFS 2020 to 6. I noticed that this mod, the G3000 v075 is not being recognized.
When I launch the Longtitude, it still looks like the original avionics. I tried deleting and putting the MOD G3000 back into the Community folders. Is the G3000 mod compatible with U6?

You need version 076a

Doe not look like it used to be like in 74A. this looks like to original before the G3000 was released. I dont see anything different in the avionics either 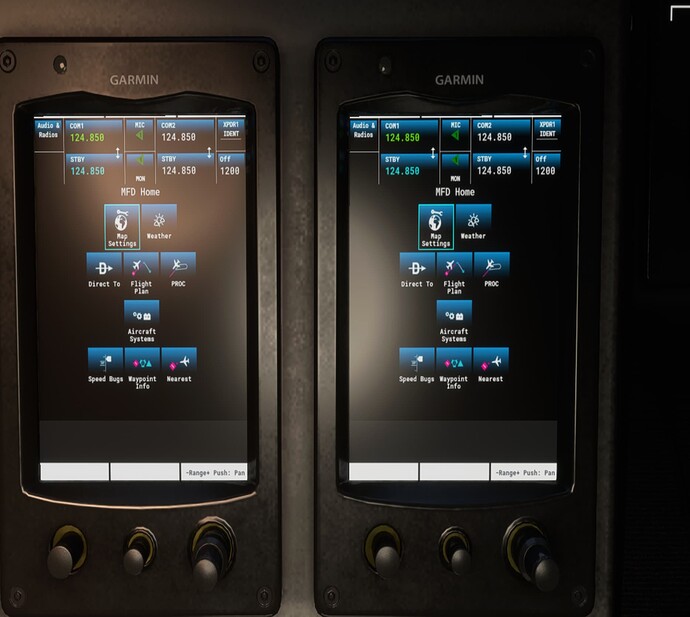 Can we disable that annoying parking brake audible Beeping?

This is not the WT G3000. It’s the stock. Like you were asked in the WTG300 mod forum and here, are you sure you’re using the version 076a? I ask because we don’t have this issue. It’s working well for most of us.

My Community Folder was corrupt. I fixed that now I keep on getting that Lost Connection Every 5 minutes. I have a solid 900mbs internet connection and I turned photogrammetry off. Bing maps are on. I was fine until SU6.

Anyone else getting the CABIN ALTITUDE/OXYGEN MASKS with the bleeds on? Can’t seem how to figure out how to pressurize the airplane

Update to the latest version of the mod

That seems to be the solution to most problems

Anyone constantly getting disconnects from the server after SU6? You are offline. Then connects again.

I am getting 920 mbs on my internet