It’s the caravan with no mod for it ,

A test by Asobo for the upcoming summer holidays ? 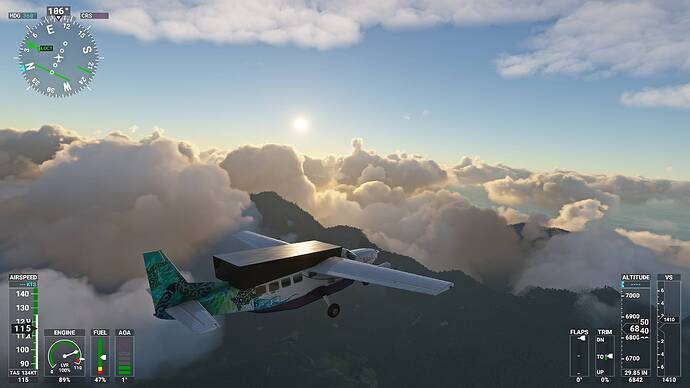 It’s been a known defect for a couple of versions now. People just discover it randomly.

After many months of not having it, I got it again intermittently on a flight a few days ago.

Just to discard a possible cause: have you activated developer mode before with something special features at display? I only ask for, because once I activated additional vector graphics for airports (that kind of big bubbles) and after I left out of dev mode this graphics still remained…. Might this issue here be in relation to some settings in dev mode although being out of it for a long while?

No, the dev mode was not activated

It’s the internal model showing up for some reason. You can sit in the cockpit and move left/right out of it through the windows and look up and back

Looks like a feature, over a bug.
Where else would you put your mother in law?

They should have mounted a couple of bikes up there, at least you coule have used them for something reasonable ^^