Very bad frame rates, but loving the DA 62! And everywhere around the airport is great. 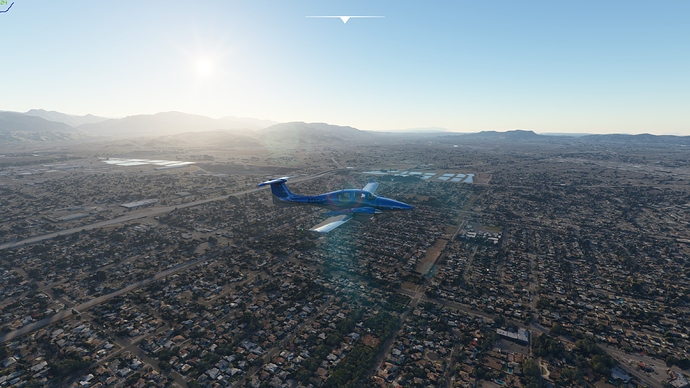 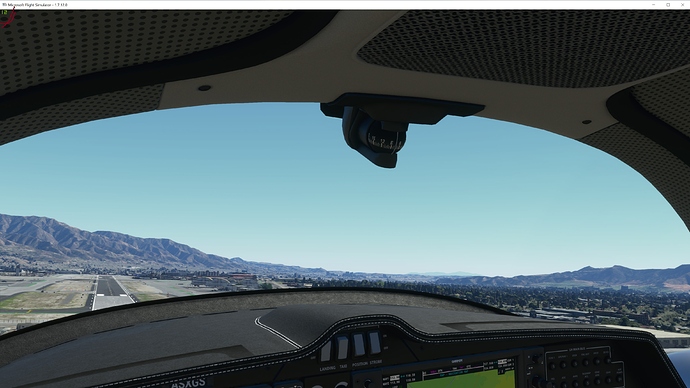 Yes, major performance issues… many people reporting this. I had to uninstall until they address the issue.

I submitted a ticket/complaint for this airport and had a long discussion with ORBX tech support as I think it’s very poor, particularly at the price.

It’s a nice airport and well built but the texturing on almost everything is completely unacceptable compared to every other payware airport I own, and is considerably worse than many many freeware ones into the bargain. It ain’t cheap either.

The whole thing is too low res, too low quality and ORBX can, and have, done much much better. Although they deny it’s a straight port, it looks like it’s just been brought in from another sim and left ‘as is’.

The good news is this; A direct quote from the very helpful chap from their tech support…

I spoke with the developer of KBUR and while I don’t have a date, I was informed that version 2 is being developed to update some of the issues seen in the initial release.

I agree with you… definitely not the best. Looking forward to V2.

They did an update but other problems came out.This addon need to be updated long time ago.

Bought it on sale a few weeks and it was an absolutely slideshow on final approach and I agree quality is not as good as other payware airports.
Lets wait to see what the new update brings.

I hope it is soon… my home airport.

Can I suggest that if you’re not happy with this product you log support tickets with ORBX saying so.

The back and forth I had with their support originally started with them saying, and I quote;

Speaking with our development team, there is a balance that needs to be made between high-resolution textures and computer performance. We don’t want airports that look spectacular but give the customer a low frame rate even on a powerful machine. KBUR falls into this category. It was a port from P3D but it wasn’t simply “ported” with no consideration of the texture quality. In the case of KSJC, textures were re-exported as MSFS textures and retained their quality.

I replied and basically called BS, providing numerous screenshots from other payware products (including a number from ORBX themselves) demonstrating the sort of scenery we’re entitled to expect in FS2020. Many of those airports are in heavy photogrammetry areas and perform just fine. In my opinion KBUR is a direct port from P3D, has had the absolute minimum done to it to get it working then has been put on sale at the sort of price we’re paying for native FS2020 airports.

It was only after I’d replied with that take on things that I got told about v2. As you can see, I’d also complained about KSJC (San Jose), although that is WAY better than KBUR.

A bit more direct evidence of customer dissatisfaction might speed things along a bit and prevent this level of quality being deemed acceptable in the future.

@N316TS Would this get more visibility in the Third Party - Airport section? Thx.

Hi there,
I moved this to Third Party Addon Discussion > Airports. Even though it has screenshots, the title suggests that the focus is commentary on the addon, so I moved it.

I agree. This was brought up in the ORBX forums several months ago. It took several weeks if not a few months for them to finally attempt to fix the FPS issue. The problem is that not everyone was having the same issue. Not helpful, I know.
I had the issue. Even when completely uninstalling everything to a completely default sim did it help.
Then I only loaded KBUR and the issue occurred. I also removed all liveries. Everything.
Now, as I make an approach from the heavily crowded to KLAX to KBUR, I get severe FPS loss.
Nowhere else. Just KBUR approach.

I flew into here tonight and probably was around 10-15fps on final approach with the default King Air. I tookoff with the King Air from ORBX EGLC London City airport earlier and it was butter smooth. Going to see if there are any updates on their forums otherwise its quite hard to get a gpu at reasonable price if its so heavy on the GPU.

I ended downloading manual cache throughout london and klax area. Mostly medium and some high. It’s a lot better now. Don’t forget to “check” on the compatibility from the orbx central with eglc and the world update. Check their forums.

Payware Teterboro and the fixed New York bridges and ports brings my framerates to a standstill. I cant go anywhere near New York city now.

I haven’t tried this airport, but I own four Orbx UK airports (I believe which are ports), seven from Burning Blue Design’s, one from Stairport Sceneries, and about 12 freeware from flightsim.to.

Orbx generally have decent assets from a distance, but their textures are worse than even the freeware airports. There is a farm building at Orbx Stapleford that is literally the lowest resolution texture I have ever seen, like 144p or something. Walking up to it in VR you can’t even make out the doors and windows its so bad. I can’t understand they thought that was acceptable at all.

This topic is old now but keeps getting reply’s so I thought I should update. ORBX Burbank works better now and not sure why it is getting slammed for textures. I enjoy it and fly there when not all over the rest of the map. On the forums ORBX has stated the it contacted the developer about fixes and has not heard back. Mostly I am finding that there are so many places to fly without add-ons so I don’t spend nearly as much as P3d or X-plane. Thanks for the responses. Good landings.