Cloud (xcloud not sky clouds...) Is next to useless without keyboard and mouse

It’s nigh on useless with only a controller…

no, i play on console with only controller.
but you should realise this is for casual players.

My feelings exactly. I gave it a try yesterday on a lowly laptop running Ubuntu, just to see if I could practice some basic stuff from time to time when away from the gaming (and most definitely non-portable) PC. Gave up after 10 minutes or so, as it’s nearly impossible to control even the simplest aircraft (e.g. C152) with a gamepad.

I think the issue stems from the fact that Xbox Gaming Cloud has the hard requirement of a gamepad and hasn’t been designed to work with keyboard/mouse. I found some Chrome extension that emulates keyboard/mouse clicks and axes, and fools the service into thinking it’s a gamepad. But I doubt it’ll make any difference to MSFS Cloud if it can’t be configured to use keyboard mapping in the first place. I’m not sure even sure it can work with a HOTAS?

Obviously others who are already familiar with controlling MSFS using a gamepad will have no trouble with this. But trying to transition from a 100-button home cockpit to a gamepad is nearly impossible.

Nevertheless it’s still a magnificent feat that a software title as demanding as MSFS can run on the browser of a lowly laptop without hiccups or lag and people already paying for the Ultimate subscription will most definitely enjoy it. But I don’t think anyone should use it as the main reason to subscribe to that service.

Well, stadia and GeForce now allow me to use a keyboard and mouse, steam play to my personal PC will let me use almost any peripheral via USB over internet, a shadow play box will let me use anything as well…

Msfs supports it, (although I have no idea why when they are HID devices and they said lack of HID support was why PC yokes etc… won’t work on Xbox (CCAASSSHHH GRRRRAABBB) )

I have a beefy pc that can handle msfs at full detail, but I have friends who are looking at upgrading from potato PC flight sims to the msfs experience, Xbox series x are about as common as rocking horse excrement at the moment so the next option I advised was xcloud, but a 4 axis 16 button pad is not enough for even medium serious simming…

This was addressed in the Developer Q&A yesterday. (The Q&A should be posted to the official YouTube channel within 24-48 hours, probably.)

Basically, they said that this is the next step. This is actually something outside of the MSFS team’s control. It is being handled by the platform team, which I assume is a different team at Microsoft. Unfortunately, they cannot give an ETA because it is not their team, but they think it will be available hopefully by June.

i do think i saw some post stating they are working on implementing kb and mouse.
and your friends , tell them go get a series s, i got one too because of non availability
of the x, msfs runs very good on it, amasingly well.

DEV Q&A can be seen here too:

Go to 9:52 in here to hear what Jorg has to say about xcloud 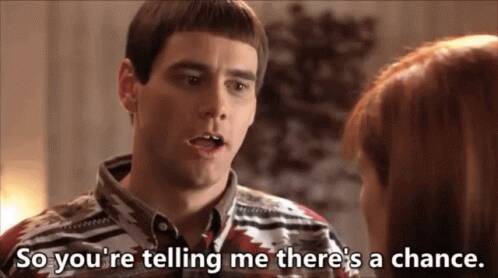 More than a chance. It sounds like it’s going to happen! It’s just out of their control as to when it happens.